CREATIVES FROM THE MAN IN THE HIGH CASTLE, WHAT WE DO IN THE SHADOWS, THE HANDMAID’S TALE, KEY AND PEELE & MORE TALK ABOUT THEIR CREATIVE PROCESS BEHIND POPULAR TV AND VIRTUAL REALITY EXPERIENCES AT COMIC-CON 2019 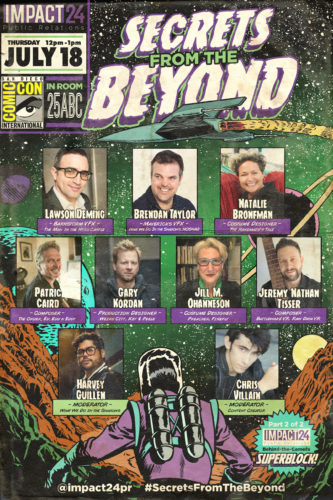 Through creating jaw-dropping visual effects, to creating the iconic worlds of VR and television shows, a panel of multi-talented creative artists amazed Comic-Con attendees with a discussion on some of the most acclaimed productions in the entertainment industry. 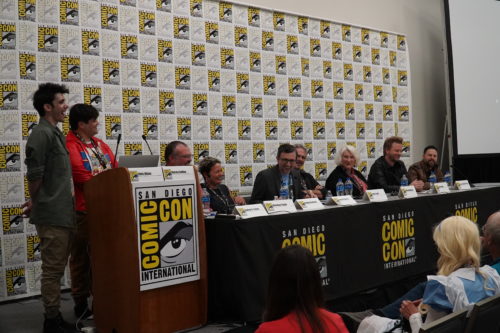 Beginning the panel and sharing insight into the costumes for the final season of Preacher, Jill M. Ohanneson commented, “We really started the road show from the graphic novels in Season 2. The world of Preacher fits so perfectly in New Orleans for two years. As the stories got more extravagant, the costumes did as well. There will never be another show like it and I am so honored to have worked on it the past few years.”

Discussing the creative process behind composing for television and virtual reality experiences, Jeremy Nathan Tisser commented, “Battlewake took about a year and a half for 35 minutes of music. It was a lot of trial and error. The music has to evolve based on your decisions in the game.”
Natalie Bronfman then shared her inspiration behind the veils in The Handmaid’s Tale Season 3. “The veils are worn in Washington DC. For each of the women’s groups, tribes if you will, I designed a particular veil. All of the different types of veiling, have characteristics from all of our major religions in our society. For example, The Handmaid’s veil sits below the nose and covers up the only thing left exposed in flesh, the décolleté. Now when they are in public, the only thing visible left are their eyes and noses. I left the noses exposed because, in actuality, noses have a lot of expression.  Often you can gauge someone’s mood my whether or not the nostrils are flared, or even when smiling that too is visible, as the nose lifts little.”
Reflecting on the eclectic grouping of behind the camera panelists gathered, Brendan Taylor commented on the special relationship between the art department and visual effects department, “We as visual effects professionals have to match what the production designers are creating. They design the world but we match them to make the world come to life.”

Speaking about the challenges behind visual effects work, Lawson Deming stated, “The Man in the High Castle had a huge number of set extensions that were period and science fiction, which was challenging but a great mashup and extremely fun to create.”

Gary Kordan reflected on creating thesets for sketch-based shows and inserting unique easter eggs. “My crew has been together for 15 years so we have a blast with easter eggs to make everyone on set laugh. On Season 1 of Key & Peele, we created moots who turned into the shows mascot and can be found in all 320 sketches over five seasons. No one knows what is really but it is in EVERY set.”

Talking about his work on The Order, composer Patric Caird commented, “I am encouraged to make as many unusual sounds as possible in The Order. For example, the evil twin ladies theme is clay plant pots that I am hitting at different pitches.

The panelists closed the panel reflecting on what draws them to specific projects. Ultimately, they all agreed it comes down to the story, script, and the people who create it. Comic-Con attendees left the panel with a newfound appreciation for the behind-the-scenes of genre projects, ready to take on the rest of the convention. 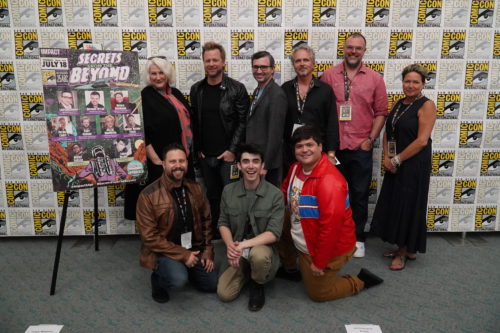 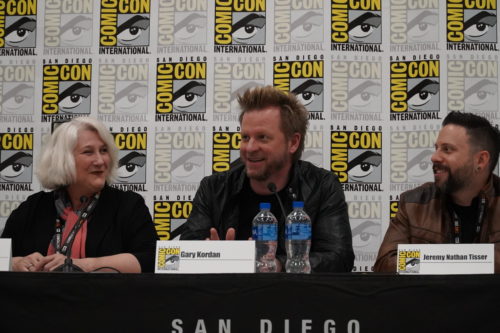 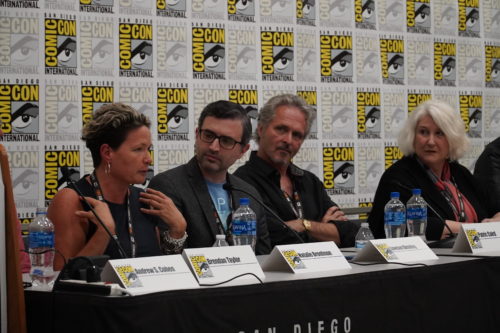 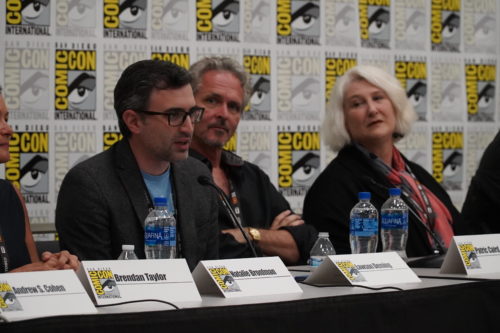 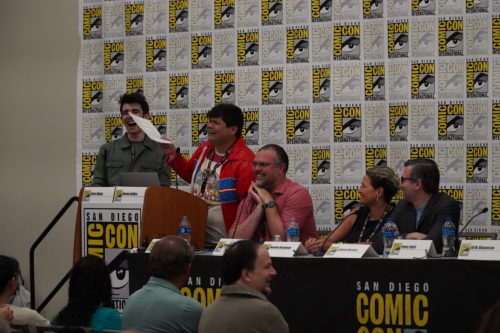