It’s easy to see why ABC’s Castle has built such a rabid following. It’s a procedural show that doesn’t take itself too seriously and is accessible to a general audience. For those of you who haven’t been initiated into the cult of Nathan Fillion, you need to catch up to the rest of us.

Castle the complete fifth season has just been released on DVD and it’s a wonderful, breezy ride. At the end of season 4 Kate (Stana Katic) was clinging to the side of a building and discovered that that the man who shot her was the same man who killed Orlando Costas. 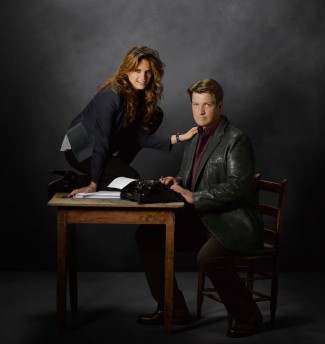 This season Kate and Richard Castle (Nathan Fillion) finally get together! YES! It’s the moment fans have been looking forward to, however they have decided to keep their newly kindled romance a secret. Richard, Kate’s makeshift partner and famed author is still trying to win over the NYPD Captain Gates (Penny Johnson Jerald) who seems irritated by Castle’s existence.

One of the best things the writers have done this season is give some of the supporting actor’s time to shine. This really helps Kate and Richard’s relationship build naturally as opposed to making it the focus of every episode. It’s a smart play and helps us as the viewer go along with the relationship’s journey as well. 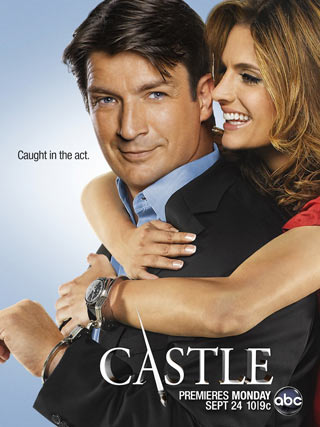 Stana Katic simply shines this season. Kate is given so much amazing material to work with this season, that she gets even more layered and evolves so much more than even in past seasons. Stana Katic’s performance is also top notch and she does an amazing job in some pretty intense scenes. 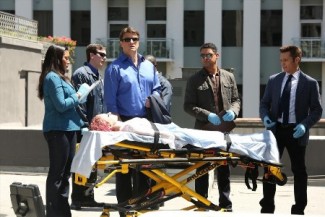 There’s not much one can say about Nathan Fillion that hasn’t already been said. He’s such a versatile actor and has an accessible smart ass charm that really suits the character of Richard Castle. I can’t imagine anyone else even attempting to play Castle. Nathan Fillion shows a nice softer side of himself this season as well, especially in scenes with his daughter Alexis (Molly Quinn).

One of the things I love about Castle is that even though there is a larger mystery, the show is very accessible and you don’t have to be up on all the backstory. So many times I watch a show and I feel like I need a guide to keep up with everything. Castle balances this really well. 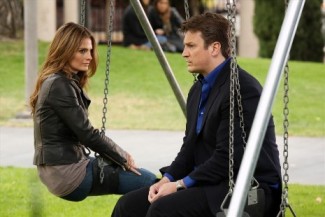 The special features on the set are aplenty. There are commentary tracks on four episodes, and 12 deleted scenes plus a host of featurettes. My favorites is Your Home is Your Castle, which is a tour of the sets. I love behind the scenes features like this and here you can really appreciate the time and effort that gets put into the series. There is also a fun blooper reel (I know they are standard by now, but I still love them)

Overall, I highly recommend checking Castle out, it’s a fun series that the whole family can enjoy. If you have seen Castle then you don’t need me telling you how awesome it is. One of the most fun shows on television and such an awesome ensemble. Pick up the current season why don’t you!?!