Home / Fanboying! / CB Gets To Meet Anchorman Star Will Ferrell… Me? Well, I’m Convinced Will Ferrel! Hates Me! Autographs! Photos and More!

There are just some celebrities that just hate me… It’s true. Now, I know that’s insane troll logic (just tossing in a Buffy the Vampire Slayer quote), and I know that Will Ferrell and Tom Cruise don’t hate me… It just seems that way, lol…

CB on the other hand has had the most glorious luck with Will Ferrell much to my chagrin! Grrrrr… I’m just messing with him!

Check out CB’s report after the jump!

I don’t get it , but I keep hearing how terrible Will Ferrell is to fans, and i just don’t see it. I’ve met him before and he was so so nice, so when he was taping a talk show again, I knew i was going. Mike keeps telling me how he’s gone seven for times for him and he has yet to get him,

but I’ve gone twice for him and got him twice. Mike has a theory its because Will hates him.  I’m a big WIill Ferrell fan. I’ve seen all his movies and Anchorman is one of my favorites, so today I would try to get him on two of my favorites movies. I had The Other Guys mini poster and my Anchorman DVD cover and pretty much expected him to be his nice self.

6:00: I arrive so late and parking is a mess. Its insane with cops everywhere. I”m thinking its too late and just pay for parking and run over.

6:15: To my surprise, Will is still in there. He hasn’t left even thought they finished taping a half hour ago.

7:30: At this point, everyone has left but Will, and finally, he comes out. He goes to his car to leave his stuff and comes right over. 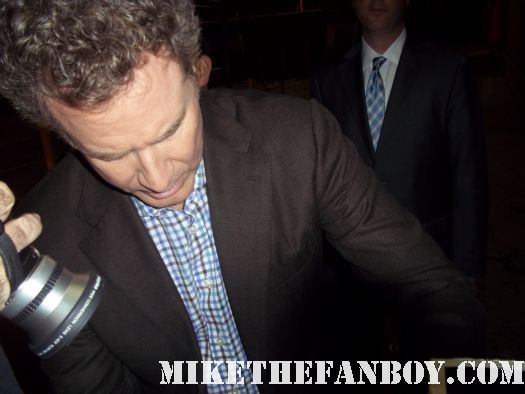 He starts at the beginning and works his way down making sure not to skip anyone. 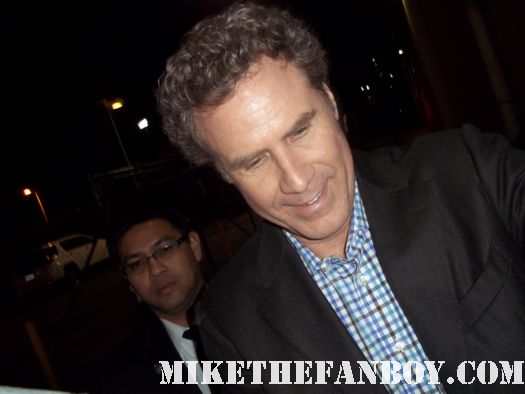 I knew he would be nice. We thank him for coming over and he leaves, and he got everyone.

It just goes to show you not all celebs are what people say they are. Twice now I’ve gone for Will twice and he’s been great both times. Until next time, take care everyone! 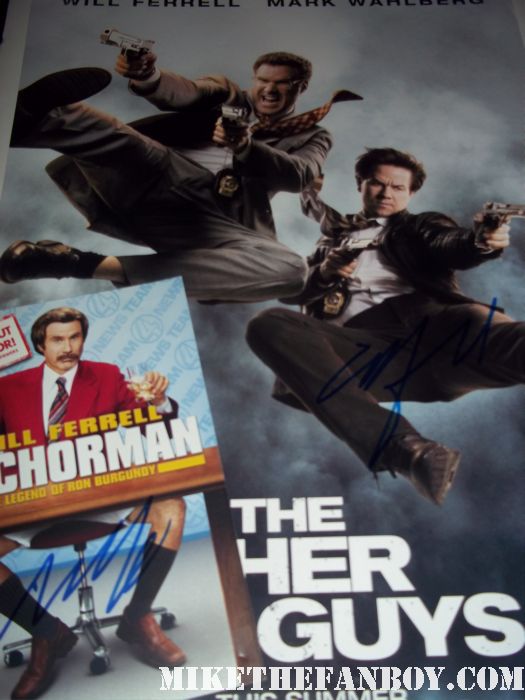