Home / Fanboying! / CB Rolls The Dice And Has A Lot Of Luck With 21 Star Jim Sturgess And Gargamel Himself Hank Azaria!

Is there a way to type the Smurfs theme song? I mean really is there? Hmmm I don’t think so… I just tried three times and just couldn’t get it right… Ah well… Anyway, today CB is heading out for Smurfs and Simpson’s star Hank Azaria… And also Jim Sturgess… He’s so dreamy! Lol… I had one too many Corona’s what can I say… lol… A good friend of mine just texted me that she thought Jim Sturgess was dreamy. I’m not going to disagree; otherwise a cat fight might ensue, so I’ll leave it at… Jim Sturgess is dreamy…

Take it away CB!

Today I am writing about my experience meeting Hank Azaria and Jim Sturgess. Hank is well know for his voice work , mainly the Simpsons, and his numerous film roles. Jim is probably more known for his role as Ben in 21, but Mike will probably tell me Across the Universe.

(Editor’s Note: Nope, I actually didn’t like Across The Universe! Visually, I thought it was interesting, but I didn’t really get into the story. M-)

5:00: I arrive and its a very small crowd. Scotty saved me a spot, and he’s psyched to meet Jim.

5:30: We see security move and Jim Sturgess has arrived. We chant for him and he comes right over. 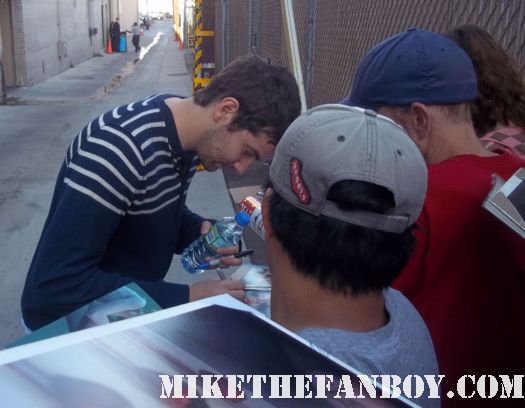 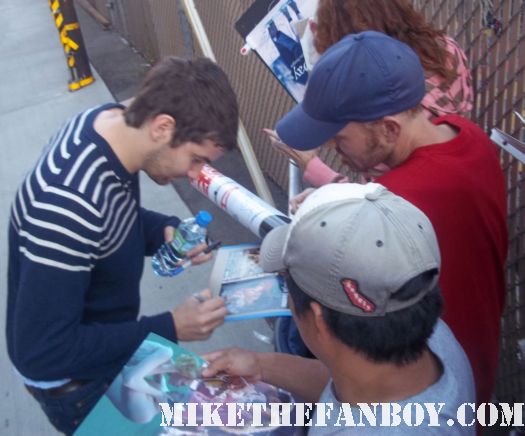 He’s really nice and Scotty gets him to sign all his 21 stuff. Jim Sturgess signs my two items and I take a photo with him. 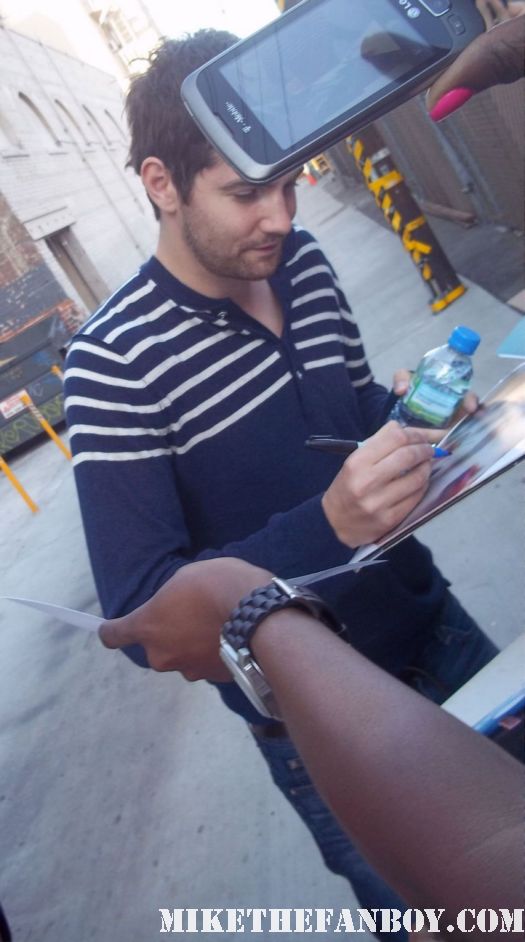 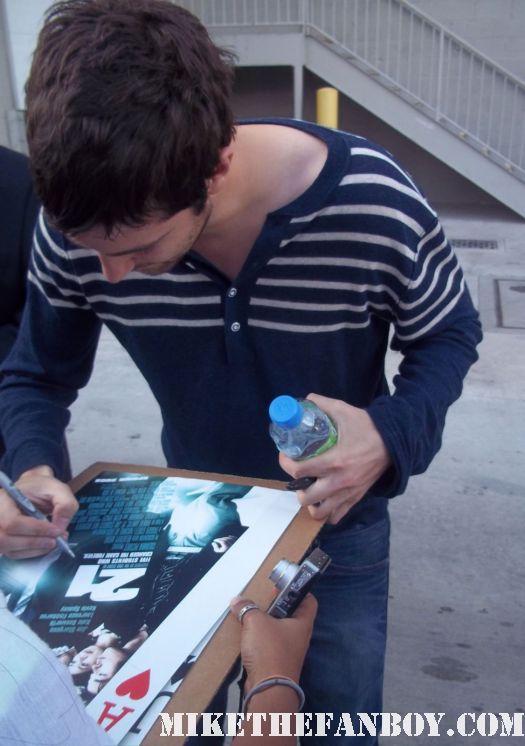 6:45: Hank Azaria leaves, and we yell for him again and he comes right over. 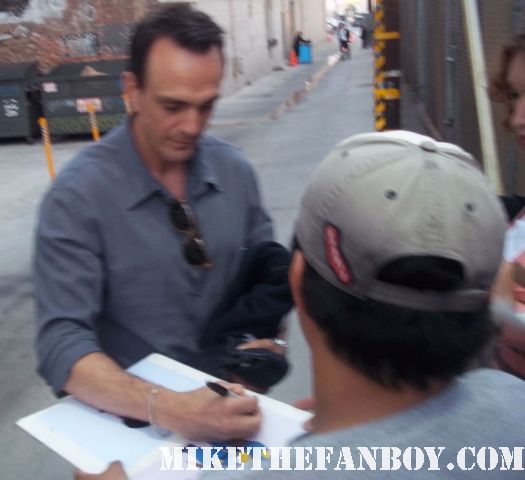 He is signing “one per customer” and takes photos with people. The Awesome Anushika wants a photo with him, and I yell for Hank to take one with her, and he does. He’s very nice. 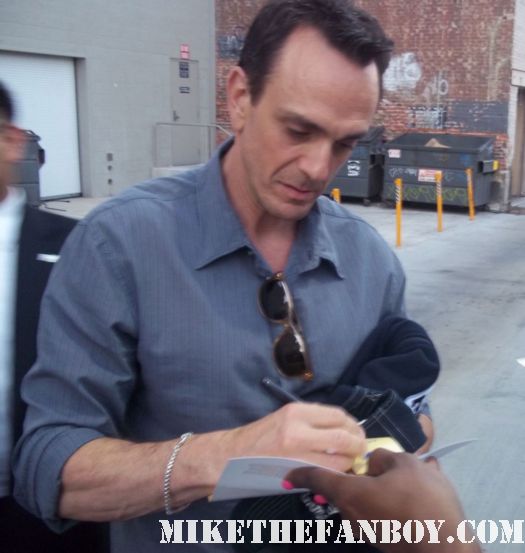 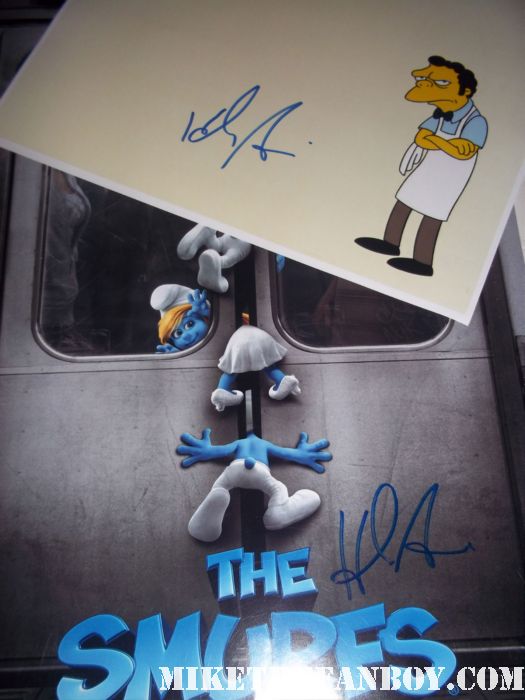 Overall, great day. Everyone got what they wanted and it was quick and painless. Until next time, take care everyone. 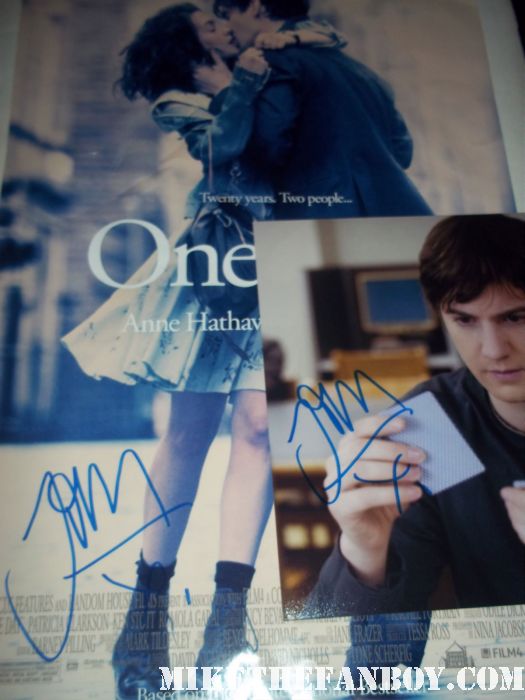