Welcome to bizzaro day, the day of opposites, the day, I just wanted to stay home.

I was out and about anyway. Now, here’s the reason, Dazed and Confused is one of the best movies ever created. It’s amazing, it’s heart felt, it’s the best movie Richard Linklater has ever done, hands down.

One of the stars of the movie, Cole Hauser, was doing a talk show appearance so I loaded up my Dazed and Confused posters, DVD and yes an original Pitch Black UK quad mini poster and headed out.

Now, Kate Upton was also on the show and I’m sad to say, that yes, I had a magazine for her as well.

When I got there, Chris, Ace, Alex, and even MTF’s long lost former Cult Classic Corner writer JM was on site too. Apparently, Kate Upton’s boobs bring out the… well… Boobs. LOL. 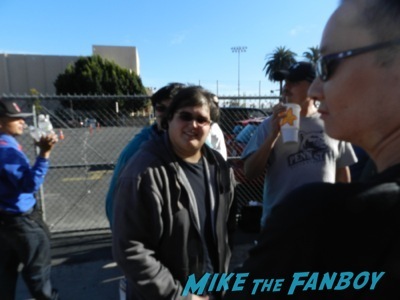 After about a half hour, JM casually mentions, “Oh, Channing Tatum and Jonah Hill are supposed to be here too.” I was like, why wasn’t this the first thing out of your mouth there should be no hellos, or greetings, it should be Channing Tatum! Preferably in a loud shriek. In fact, there should have been texts, sky writing, and perhaps a frakkin phone call. Hello? McFly?

After I rebounded. A car pulls up and sure enough, it’s Jonah Hill (my nemesis) and Channing Tatum. They run in and don’t even wave. Never a good sign, but… 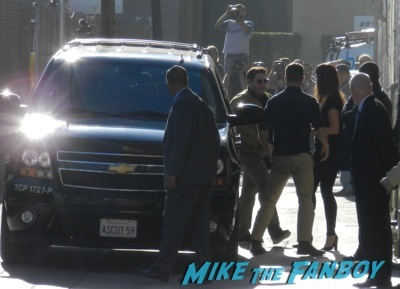 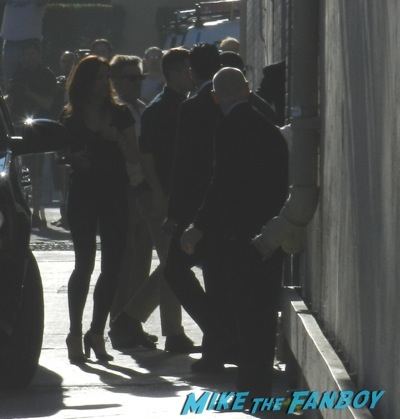 Sadly, when Cole Hauser got there, people thought he was Channing Tatum so we missed him. Grrrrrr…

Kate Upon arrived and waved. 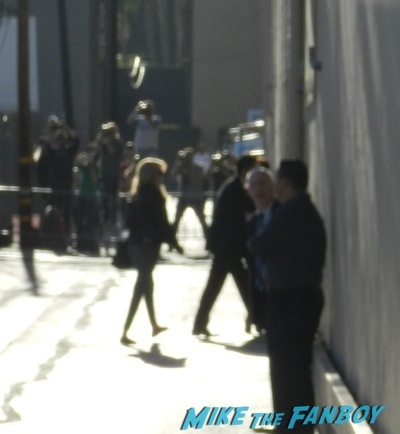 Okay, back to Channing Tatum. What was I to do? Do I go home in rush hour? I would miss him… Luckily, my friend just gave me about 500 magazines about a week ago and they were still in my car (As a side note, 500 magazines are frakkin heavy), so I told Ace to come with me to my car.

It was a hot day, so thankfully he was wearing his thermal grey hoodie…

Just because you want it to be cold, doesn’t mean it actually is.

We hoofed it to my car, I found a Jonah Hill vintage Entertainment Weekly, and three Channing Tatum magazines. Day Saved!

I have never been to this show where Channing Tatum hasn’t done it. Last time… Well… It was the day, that shall not be named.

Ace and Chris were fighting, and who doesn’t want to tackle Ace ever now and again. 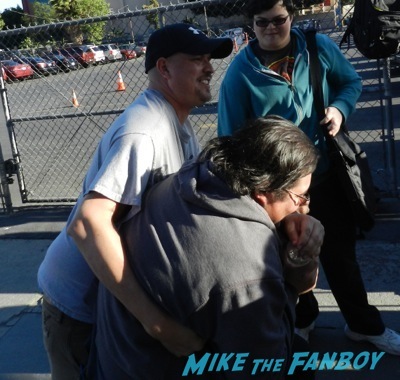 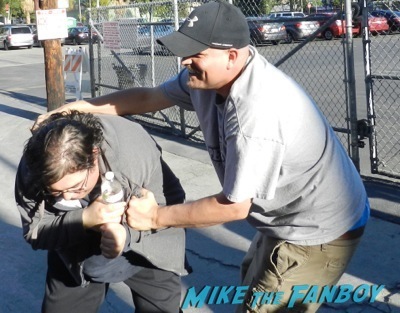 And then… it became Bizzaro day. Jonah Hill left and he came over with a smile on his face. It kills me to write it, it kills me to say it, but he was nice. 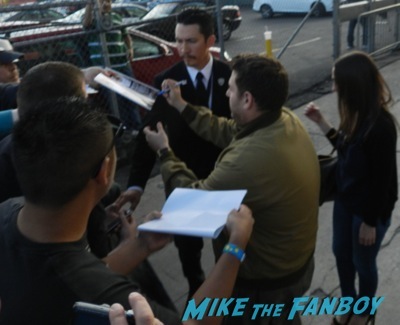 The autographs were terrible. He was smiling, JM got a couple posters signed, I got my magazine signed, there was my nemesis smiling and signing. 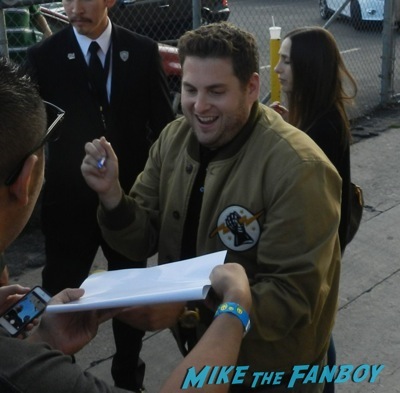 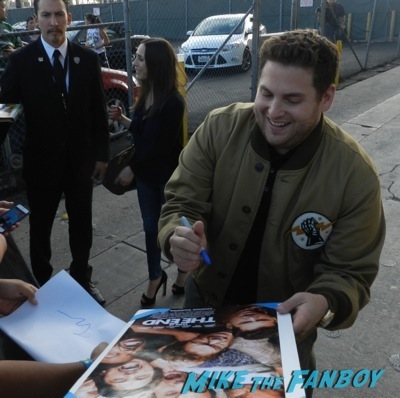 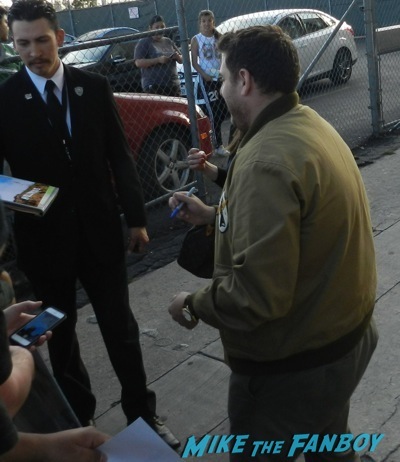 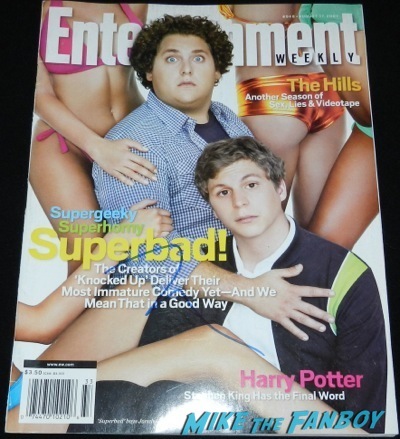 The world shifted on it’s axis, dog and cats playing together, hunters and deer singing carols, it was like, “Who am I? What is life? I know nothing after having the site for these couple years?”

And then… the nail in my coffin. Channing Tatum comes out, with his hat turned on it’s side, and says, “I can’t guys.” and bolts through the door.

As James would say… GUTTED.

I don’t know what to do with myself.

Kate Upton left, and bolted like her butt was on fire.

Then Cole Hauser left and was hyper nice. Like, just a chill cool guy. 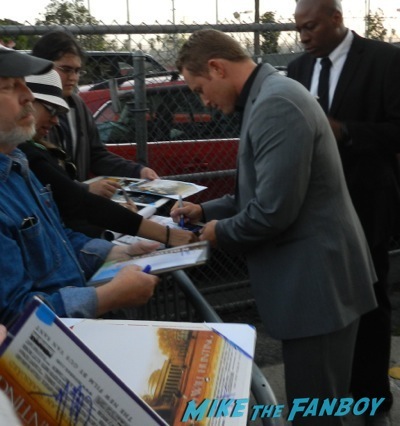 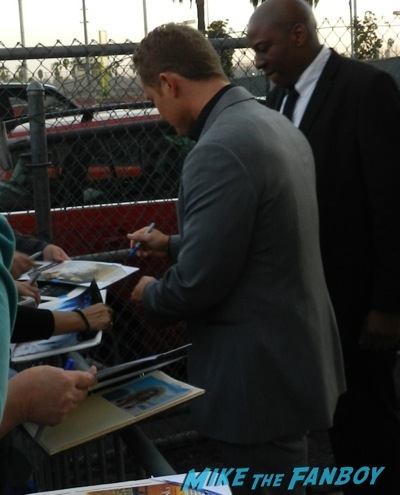 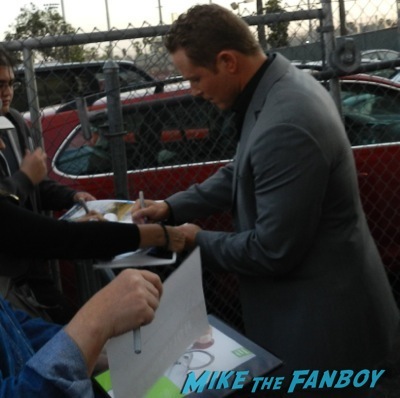 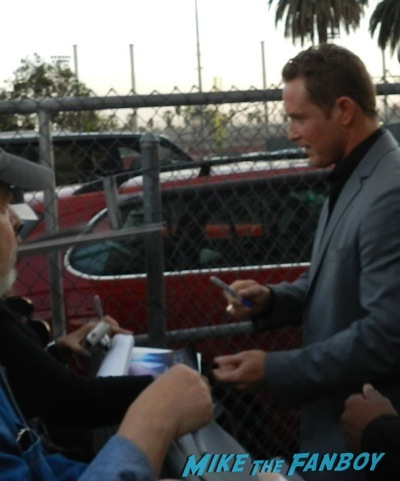 Super nice guy, and I was stoked. If I wasn’t still in Bizzaro world I would have asked for a picture as well, but my brain was still foggy.

I stand corrected on Jonah Hill. There, I said it. I just threw up, but I said it and I’m on the record!

I need to drink heavily now. 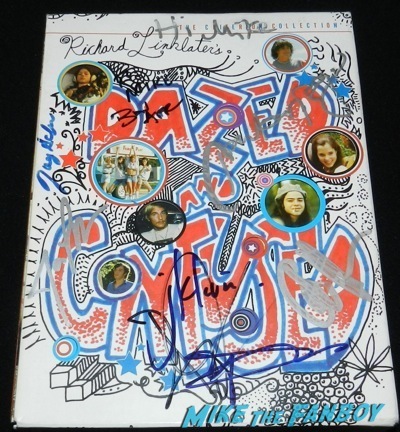 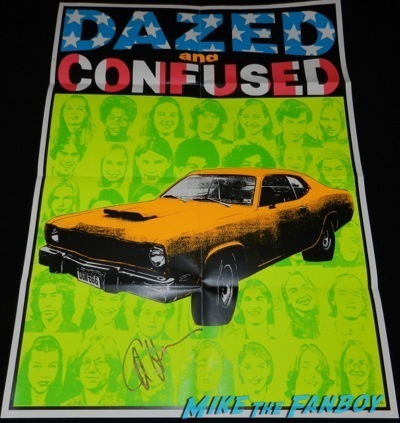 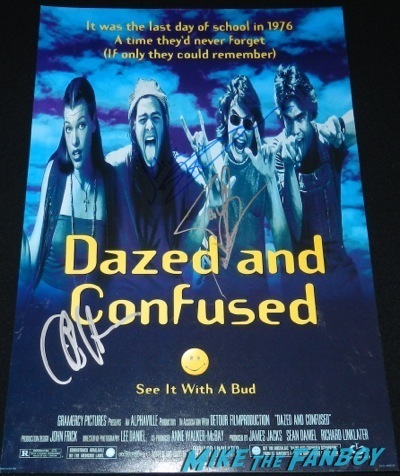 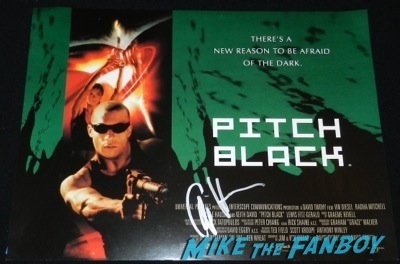