For today’s Cult Classic Corner Jack is talking some Hellboy and the awesomeness of Guillermo del Toro. However, he also mentions another… cough, cough… unfriendly director… cough, cough, Christopher Nolan.

I digress… Every time I have met Guillermo del Toro he is quite simply the nicest guy ever. He’s wonderful to his fans and wants to generally interact with them. He’s so awesome!

Check out Jack’s CCC after the jump!

Since Comic Con is next week I decided to highlight one of my favorite comic book adaptations, Hellboy, this week. Based on the Eisner Award winning Dark Horse comic book series by Mike Magnola, “Hellboy” helped capture mainstream audiences with this fun film from almost 10 years ago and showed “lesser known” comics can make an impact. It also doesn’t hurt the film was directed by Academy Award nominee Guillermo del Toro. 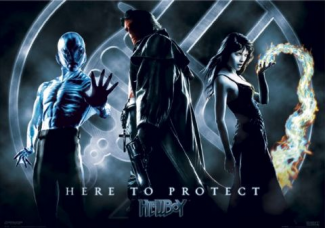 In 1944, Rasputin (Karel Roden) attempts to free the Ogdru Jahad, god-like monstrous figures trapped in another dimension, with help from the Nazis in Scotland by building a dimensional portal to overthrow the Allies. Fortunately, Trevor Bruttenholm (Kevin Trainor and later played by John Hurt) from the Bureau of Paranormal Research and Defense (BPRD) accompanies U.S. soldiers and stops the Nazis from succeeding, but the portal was open too long. Eventually they find a young “red ape-like” creature and decide to call him, Hellboy (played by Ron Pearlman as an adult), who continues to help the BPRD well into the 21st Century. However, Hellboy’s “birth.” 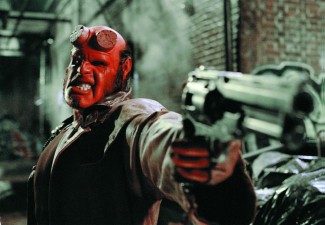 Two members of the German occult Thule Society, Ilsa von Haupstein (Bridget Hodson) and Obersturmbannführer Karl Ruprecht Kroenen (Ladislav Beran), are back and have never stopped trying to free Ogdru Jahad and resurrecting Rasputin. Vengeance is on their mind and Hellboy is the key to it all. Co-starring Selma Blair, Rupert Evans, Jeffrey Tambor, Doug Jones and Brian Steele, this film is fun from the beginning and cool movie to check out if you enjoy stuff about “the great beyond and the occult. 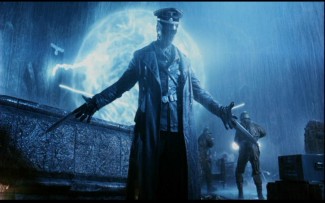 Once again, del Toro creates another cool movie and assembles a great cast. Ron Pearlman was born to play Hellboy and has so much fun with the character. You can honestly tell everyone was having fun making this film. If that’s not enough there are Nazis fighting demons! How cool is that? 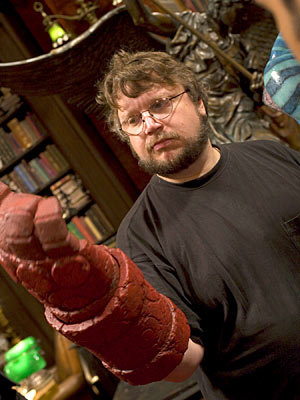 Back in February 2011, Christopher Nolan was appearing at a Q&A for the 10th Anniversary of Memento in Los Angeles. My buddy Joyce really wanted to go since he loves Nolan and I agreed to go despite neither one of us ever having had a good encounter with the man. As an added bonus, Guillermo del Toro would be conducting the Q&A after the movie. It was an ultimate fanboy Q&A moment, but we were asked to limit questions only to Memento as this was being filmed for a special edition DVD/ Blu-ray. Sadly, that was the same day news of Joseph Gordon Levitt’s casting in “Dark Knight Rises” broke….having fun with the situation, Guillermo even joked no “Hobbit” questions either! 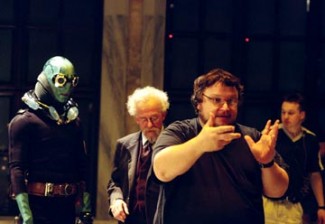 Unlike most Q&A’s the set-up for this one was quite different and I had a bad feeling about this one. Sure enough my intuition turned out right as both Nolan and del Toro were quickly escorted out, more Nolan than del Toro. Not only did Nolan flat out ignore fans, but if you were lucky to even get anywhere remotely close (like six feet) he would stare right through you without saying a word while looking at your item and you. Needless to say I changed my opinion of him HUGELY and consider him among one of the least fan friendly people ever. I have met him one on one even and he completely flat out refused to acknowledge my existence despite no one being around after randomly bumping into him at the theaters. However, this isn’t about Nolan, but del Toro.

Not only was he the exact opposite of Nolan, but he went so far as to call out security on their lies. Fans graciously lined up for him outside and he signed autographs, posing for pictures and drawing sketches. At one point, just before he signs my “Hellboy” DVD  (about two or three people away) security tells us, “Mr. del Toro has to go right now.” Not only does he stop what he’s doing but turns to the guy and says, “No I don’t. I have time for my fans.” He then proceeds to actually interact with his fans and in my case, ask what I thought of the Q&A. His friendliness blew my mind away.

When another buddy of mine tried getting an item signed in silver, del Toro not only tossed it away (since it “died”) but grabbed another sharpie so he could get a nice one. WOW! Talk about a class act. Seriously, Guillermo del Toro is one of the nicest and coolest people you could ever meet. Don’t forget, go see “Pacific Rim” this weekend and support this awesome man! Until the next time, happy autograph hunting! 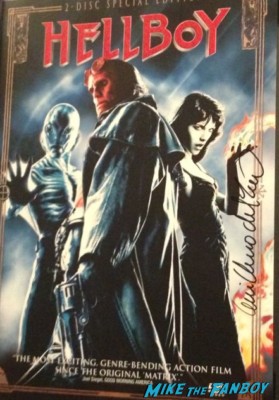