Everytime Scotty turns in an article, I want to say Brief! Brevity! Come on brother! LOL…

We are both huge Sex and the City Fans and Scotty had the chance to meet None other than Mr. Big at the Lovelace premiere! I know I’m not the only one out there singing Make It Big from the Troop Beverly Hills soundtrack right now!

Okay maybe I am!

This past week, I attended the Los Angeles premiere of “Lovelace.” The premiere was not the greatest in terms of getting signatures, but I did manage to get one from Chris Noth. He played Mr. Big in “Sex and the City.” He was pretty cool and even switched to a pink paint pen for me.

I am trying to get all the cast to sign in pink to match the poster. Four cast members down, and a bunch to go! Thank you Chris! 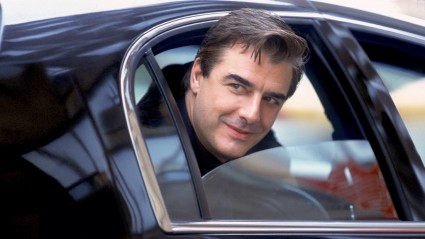