I have been a fan of Tom Cruise for a long long time. Honestly, I would say he might be the nicest celebrity in Hollywood, Johnny Depp, Brad Pitt and Angelina Jolie give me a run for his money but Tom Cruise… He’s a class act, through and through.

In this weeks Cult Classic Corner, Jack talks about meeting the Oblivion star and his love of Jerry Maguire! This film is way more than just a catchphrase, it’s awesome. I love Cameron Crowe and this film is one of his best!

Check out Jack’s recap below!

“Show Me The Money!” When you think quintessential 90s movie, “Jerry Maguire” has to be up there. Growing up, Tom Cruise was in everything great: “Risky Business,” “Top Gun,” “Days of Thunder,” “A Few Good Men,” etc. He honestly could do no wrong and certainly proved to filmgoers everywhere that he had us at “Hello.” 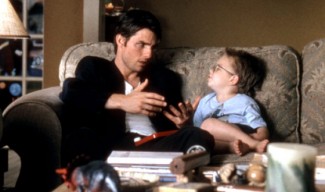 The titular character is one of the hottest sports agents around and is about to get married. Everyone loves Jerry because he’s the best agent around, but they also hate him for the very same reason. After being criticized for his work ethic, one night Jerry has an epiphany writing an “agent manifesto,” which inevitably leads to his dismissal from Sports Management International (SMI). Soon all of his clients are completely poached by other agents, primarily Bob Sugar (Jay Mohr). 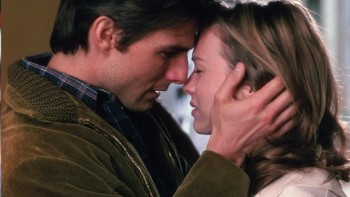 No one wants to help Jerry, except for Dorothy (Renee Zellwegger), as he manages his only professional client, Rod Tidwell (Cuba Gooding Jr.) and highly touted draft pick Frank “Cush” Cushman (Jerry O’ Connell). Soon his world is turned completely upside after a disatserous NFL Draft leaving Jerry completely alone. However, he finds solace with Dorothy, a single mother and her son, Ray (Jonathan Lipnicki) to find himself. 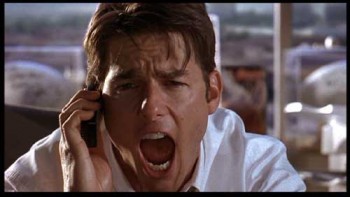 This romantic-dramedy earned five Academy Award nominations and earned Cuba Gooding Jr. his Best Supporting Oscar. Not only has the film stood the test of time, but remains a great example of a quality sports movie. Say what you will about the movie, but it’s one of my all time favorites. 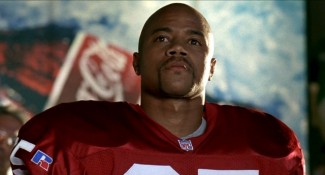 One of the very first laserdiscs I ever bought was of “Jerry Maguire” and always thought it would be cool to have Tom Cruise sign it should I ever get the chance. Sure enough I finally did when the actor was out promoting “Oblivion.” Let me say this I did not know what to expect when trying to meet an A-list superstar of his caliber. Sure enough my determination paid off. 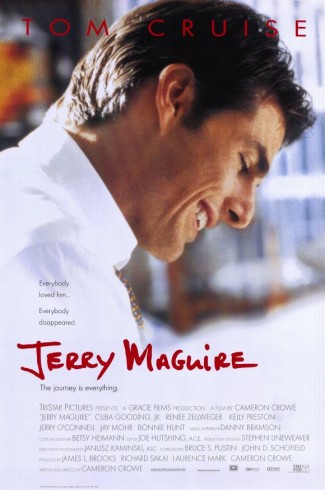 Mr. Cruise is extremely fan friendly and will actually arrive early to meet his fans at his premieres. He’s honestly a complete class act and impressed me when he appeared at a talk show taping earlier this year. Mike did a write up about his experience and let him help fill in the gaps.

On the day of the taping I get a phone call from Mike warning me around noon there are a ton of people already waiting for Tom. Thanks to Billy Beer and Mike for the heads up I decided to head on over a few hours early and got there around 12:45. Apparently, there were Disney Pin People camping out since Tuesday evening waiting to purchase pins for that Saturday. They even wound up purchasing parking spaces so they could stay there all day and “spread out.” As a result, they took away almost half the area for fans to get autographs and they refused to budge at all. 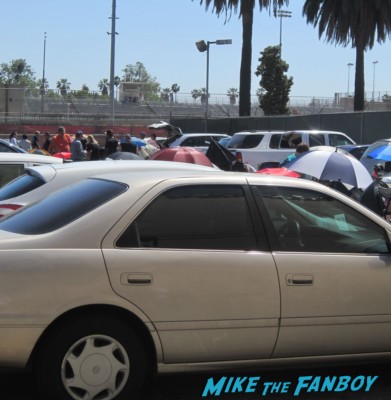 Upon my arrival a woman even “interrogated me” while I waited along with other autograph collectors and felt “I was being intrusive” since I wasn’t there to get Disney Pins. Let me just say this place was hostile from the get go and I barely managed to save four feet of room for myself, Scotty the Music Man and Mike. Fortunately, the hours passed quickly and I made a few new friends, but boy did I pay the price considering I got really sunburned. 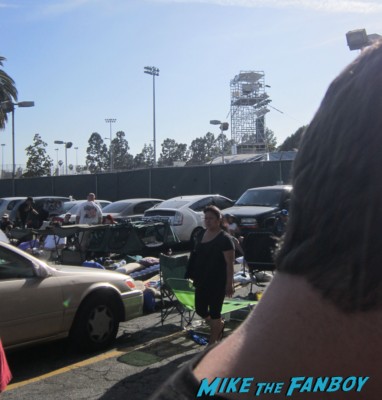 Mike and Scotty each joined me later, which was nice having friends closeby in the madness considering it was hard to see. Literally every major autograph collector in Hollywood was there. Tom didn’t sign on the way in, but around 6:40ish we start to hear yelling all around. Tom starts at the pin people and many of them are trampling over one another to get random things signed. Tom is literally taking his time with everyone as he is signing his autograph gorgeously. 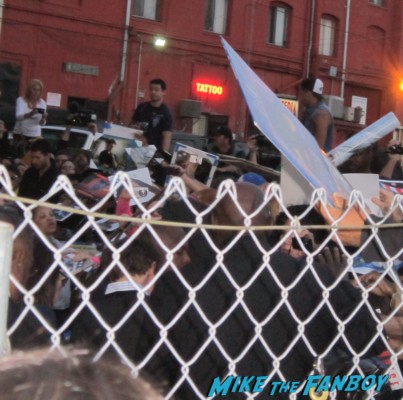 We could tell he was close as the three of us were pushed against the fence and each managed to get two (Mike got three).

Tom beautifully signed my “Jerry Maguire” laserdisc and a photo, which made the day well worth it.  Tom Cruise is arguably one of the great and most famous celebrities of the past 50 years, yet he always takes his time whenever he’s out promoting HIS films/projects. Honestly, one of the coolest and nicest people I have ever met. Until the next time, happy autograph hunting! 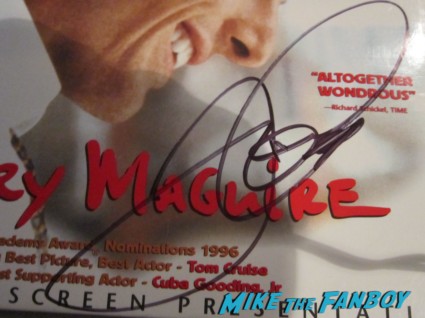