It’s time for the CBC! Jim is more than a little under the weather but he plowed through to bring you this weeks edition! Next week Jim is heading to the Cleveland premiere of Captain America and he’s getting into the spirit this week!

Plus the new comic books! Hello! Check out Jim’s full recap below!

Unfortunately this week I’ve been extremely sick, so sick that I had to miss a day of work and I never miss work because I’m sick (I miss for autographs and comic conventions). So here I am about to write about one of the biggest weeks in comics and my tie-in is weak. So since it’s weak I’m going to go with cute.

In preparation for next weeks debut of Captain America: The Winter Soldier here’s a photo of my nephew and I dressed up for Halloween last year. I made him a little Winter Soldier costume and we took some awesome photos. This one’s my favorite since it looks like the 4 month old infant is going to punch me. 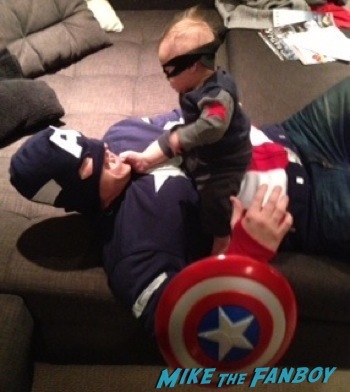 This is also what I’m going to wear to the Cleveland Premiere of the Winter Soldier next week. Since they filmed a large portion of the movie in Cleveland and the Director’s are from Cleveland they’re doing one of their 6 premiere’s there. I have just 1 of the very hard to get tickets and will be taking a half day at work so I can get there early. I’ll make sure to take a lot of pictures for next weeks article.

As for comics this week was one of the biggest releases I’ve seen in a long time. I spent $43, I still can’t believe it. Anyway with so many books coming out and being on my death bed I wasn’t able to read through them all before writing my column. I did get to read most and the 2 books that I have to call my picks of the week were the best. 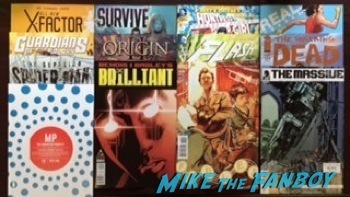 Like every other time the #1 pick has to be The Walking Dead. While All Out War is going on the book has been coming out every other week and what we have now is our heroes fighting for there lives at The Hilltop with one of the most evil villains this book has seen knocking on the door. Negan is a great character and I really hope he makes it out of this story line to terrorize some other unsuspecting group, maybe in his own mini-series. I wouldn’t give away to much but what he’s doing to Rick’s men would make you sick. 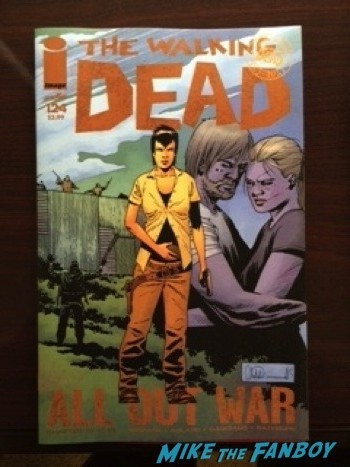 Next up we have the first issue in Marvel’s Ultimate Universe since Galactus was defeated. The heroes of this universe have taken a huge blow and with so many dead it’s up to the remaining few to come together and rebuild. What i love so much about this book is that the characters we’ve grown up with aren’t necessarily safe and can be killed off or replaced. In this Universe Wolverine was killed and now we have his son James Hudson fighting for the Mutants. It’s a lot of fun and if someone’s interested in starting in on comics this would be a good jumping on point. 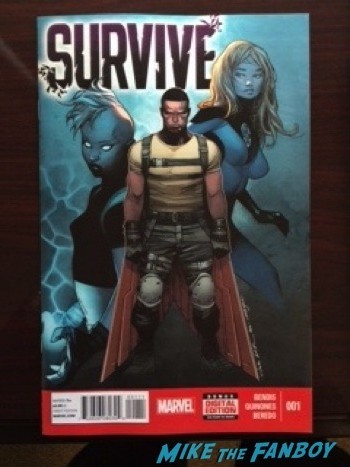 As for the rest of the books Guardians of the Galaxy, X-Factor, Origins II and Spiderman are the Marvel books for the week. Icon put out the latest issue of Brilliant, which I’ve been waiting for for at least 5 months and Dark Horse put out the latest chapter of The Massive. There were only a few DC books the Flash, World’s Finest and Fables and last but not least Image put out Manhattan Project and Real Heroes.

Hopefully there aren’t as many books next week since I need to save my money for Wondercon.

Until next time.
Jim