This week Jim is talking about comic books being adapted into film. Today, the first comic book to film translation hit theaters. I, Frankenstein stars Aaron Eckhart and Bill Nighy. Personally, I think it looks kind of fun, but let’s see how the Box Office Breakdown plays out.

Check out Jim’s Comic Book Crossover after the jump!

Welcome back comic book fans this week I wanted to talk about the first comic book adapted movie of the year, I, Frankenstein. I know, I know most folks would probably take a pass on this one but in case you didn’t know I, Frankenstein was a graphic novel put out a few years back by Darkstorm Comics and written by Kevin Grevioux who is an actor best known for his role as one of the big brute’s from the Underworld movie. 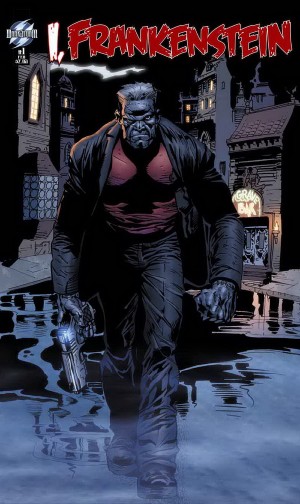 The book wasn’t bad but what attracted me to it was that overall I love stories set in a dystopic world that reinvents classic tales. It’s always fun to get a look at someone else’s take and even though the movie only looks so-so we’re still looking at the first comic book crossover of 2014. I’m going to check out the movie Saturday because I have a policy that no matter how bad a movie looks, Dylan Dog, if it was once a comic book I’ll go and see it in the theater. I like to tell the wife “I support my people.” and she follows it up with “You are a goof.”, anyway I’ll let you know what I thought of the movie next week. 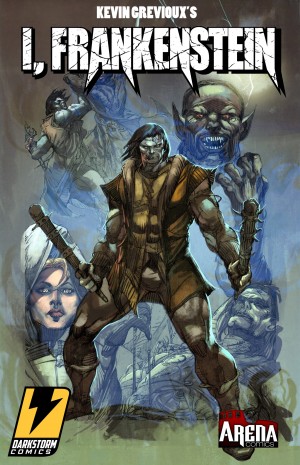 Now on to this weeks comic book haul. 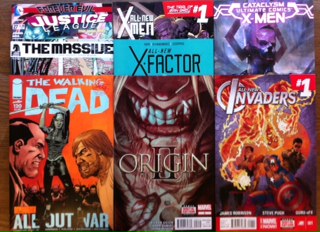 Robert Kirkman the creator of The Walking Dead has been doing a great job with All Out War. He promised us a new Walking Dead every other week during this storyline and at the midway point is still on track. Overall I still think this is the best book no matter what else comes out that week but it’s really not fair. So my pick for the week is Invaders #1. The Invaders were a WWII super team made up of Captain America, Bucky, Sub-Mariner and the android Human Torch but what we have here is the team in the present day with the Winter Soldier now as part of the team. The book was written by James Robinson, who is best known for his mid 90’s DC book Starman. Now that he’s made the jump from DC to Marvel I’d recommend running out and picking up this new book. 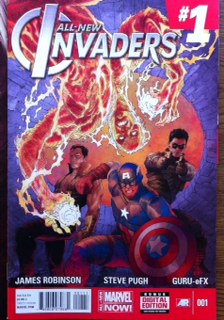 Also out this week is Origin II #2, the book that tells early stories of Wolverine and what he was up to in the late 1800’s. Another fun book to check out this week is X-Factor #2. Written by Peter David this book is comic book gold. Some of his best stuff since his days writing Hulk.

Now get out there and buy some comics or at least go and check out I, Frankenstein. I’d love to hear what you all think.