With just a few days to breathless wait until the San Diego Comic Con official schedule is released, rumors are rampant all over the internet! Comic con usually reveals each day’s schedule 2 weeks in advance so we should start to see concrete announcements starting this Wednesday.

In the meantime, publicists have been carefully issuing press releases (to generate a little solo spotlight in advance of the flood of info) and fans have been hounding the talent on social media.

Head to 450 2nd Avenue between Thursday and Saturday to get a behind-the-scenes look at Vikings and have a starring role in your own custom video that can be shared on social media. From the moment fans enter the “back-lot” they will be treated as cast members. Upon entering, guests will create a character profile and choose a weapon of choice. Next, they will meet with hair and make-up artists to become transformed into a fierce Viking and be placed into three scenes complete with Vikings ships, battles, axes and villages. When fans have completed the experience they will have a :30 video to share via Twitter, Facebook or Vine.

You can also get up close and personal with the cast! Travis Fimmel (Ragnar), Katheryn Winnick (Lagertha), Clive Standen (Rollo) and Alexander Ludwig (Bjorn) will make an appearance on Friday, July 25 from 1 – 2 p.m. at 450 2nd Ave. to sign autographs and take photos with fans. 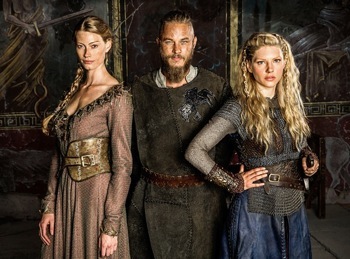 Community is getting a panel!

After getting resurrected for a 6th season by Yahoo!, the show is also getting a panel on Thursday with creator Dan Harmon, producer Chris McKenna and “cast.” 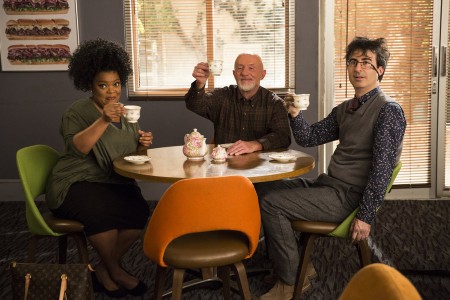 Probably won’t have a big farewell to Middle Earth

While Richard Armitage (Thorin Oakenshield) was originally slated to head to San Diego, he’s since been casted in a well-reviewed revival of The Crucible in London. (Which is perfect casting!!!) Drat! So he’s not a lock on coming to Comic Con although his other film, Into the Storm (a found footage-type tornado thriller), will likely be presented. Martin Freeman is also doing a play in London so it may be difficult for him to get the weekend off. 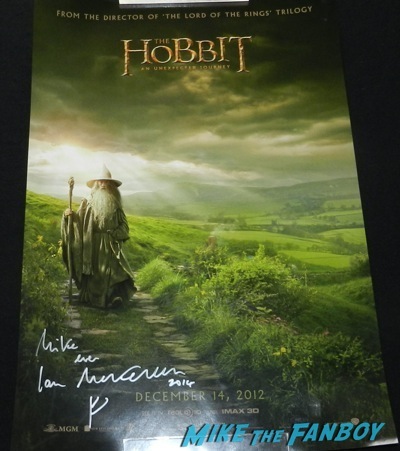 We do know that other hobbits, elves and dwarves will be around town with Evangeline Lilly (promoting her children’s books and probably Ant-Man), Graham McTavish (for Outlander and something to be announced) and Elijah Wood (spinning tunes one night).

I'm also very happy to announce I will be at #SDCC14 doing signings for #TheSquickerwonkers! @Comic_Con @TitanBooks

It’s interesting the Elijah will be around even though Wilfred will NOT be having a panel for its final season. Hmm……..

Peter Jackson has said that the trailer for The Hobbit: Battle of the Five Armies is not ready yet, but he gave Warner Bros. a teaser so it’s likely that will be out soon, possibly revealed at Comic Con. 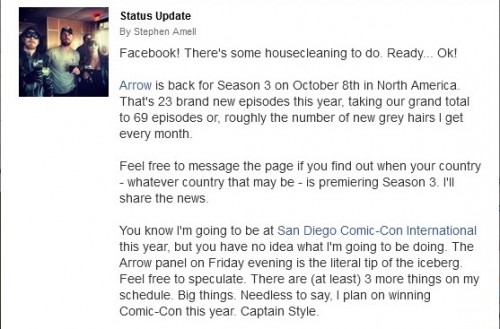 This would make sense if he was going to, say, join the DC movie universe (DCMU) and be announced as a part of the Justice League movies. For the past year he’s said that he’s very open to joining the movies (duh….!), but he has gone on record recently as saying he’s not a part of Batman v Superman.

This denial could just be a publicity blackout where he can’t say anything, but who knows? He denied being in the current movie, but he didn’t say he wasn’t going to be a part of the next films and WB is expected to announce their DCMU slate for the next couple of years. Besides, it’ll be awfully hard to “win Comic Con” if that’s not his big announcement. (Or he’s spending a bit too much as a superhero/playboy billionaire and may need some time in reality).

We WILL get to see him battle Superman, sort of! Brandon Routh has joined the cast of Arrow as Atom for the new season.

Guardians of the Galaxy cast may not be around

The cast will be in LA earlier that week for the big world premiere, but then most (all?) of them will jet off to London for the European premiere on the first day of Comic Con. So technically there is enough time for them to fly back to San Diego for a Saturday panel, but it seems a little unlikely.

Director James Gunn has also confirmed that he will not be doing a signing nor will there be a special advanced screening. (Sadness)

“@jinrushrimp: @JamesGunn will there be any early screenings of the movie for comic con goers?” There won't be, sorry.

So we just need to sit tight and see what news Marvel breaks out to make some noise of their own! The cast of Avengers: Age of Ultron is expected to drop by and probably something about Ant-Man. I’d expect some more announcements on Dr. Strange or the next Captain America/Thor films as well!

Will WB talk about Fantastic Beasts and Where To Find Them? A Harry Potter-related announcement is sure to be HUGE news!

What will Fox reveal about X-Men: Age of Apocalypse?

How much will we see/not see from Christopher Nolan’s mysterious Interstellar?

BBC America has yet to announce Orphan Black (or its third season renewal for that matter!) and also what other shows they may be bringing. They’ve already said that Doctor Who won’t be coming, but it’ll be funny if they bring Peter Capaldi as a part of a Musketeers panel. Will we see The Invaders?

Could we see panels for The Leftovers? Penny Dreadful? What shows is Syfy bringing since we know Haven is sitting this year out?

Who’s coming for the final True Blood panel? Who will they bring from Game of Thrones?

What is Sleepy Hollow doing with these goggles?!?!?!

Isn’t the anticipation half the fun?
Stay tuned!