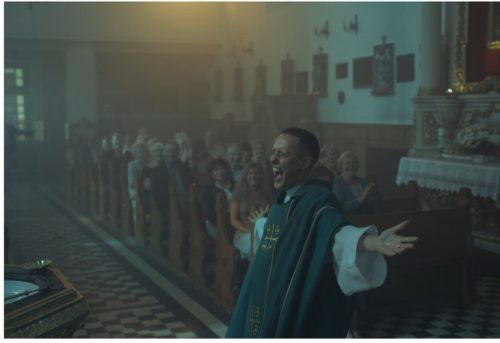 Fantastic filmmakers like Jan Komasa are why watching and paying attention to international cinema should absolutely be essential. “Corpus Christi” is a phenomenally profound and equally entertaining movie you must see immediately!

After enduring years in a Warsaw prison, ex-con Daniel (Bartosz Bielenia) has become a changed man, but no seminary will accept his criminal record. Assigned to work in a remote village as a manual laborer, Daniel’s dreams are dashed of joining the clergy yet he still seeks a higher-calling. After arriving in town and being mistaken as the new priest, Daniel doesn’t deny his Holy-calling and embraces his second chance with this golden opportunity. Despite no formal training, Daniel defies the odds by relying on his passions and convictions to lead his newfound flock in unconventional, charismatic and charming ways. However, how long can Daniel deceive the townsfolk before his unpriestly behavior becomes too obvious? 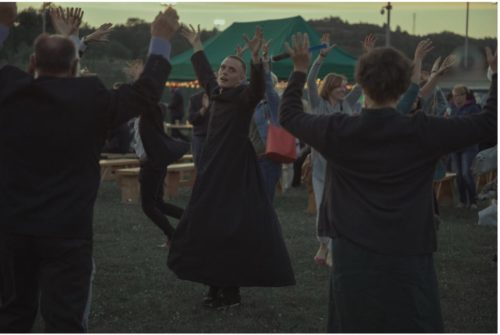 Without a doubt, 2019 will go down as arguably one of the greatest years of films and one of the best years with International films (comparable to 1960 and 1966) like Best Picture Oscar winner “Parasite,” “Honeyland,” “Pain and Glory, “Les Misérables,” “Beanpole,” and “Corpus Christi” leading the charge.  Finally released on DVD and Blu-ray, the phenomenal Polish sensation “Corpus Christi” has arrived. Director Jan Komasa’s profound, provocative film fantastically delivers with this deeply original and disturbing drama about atonement. “Corpus Christi” is an astonishing and amazing instant timeless classic. Komasa’s thought-provoking movie magnificently captures the electric enthusiasm and entertainment about finding faith and seeking redemption with an intensely inspirational performance by its lead, Bartosz Bielenia.

This is no “Keeping the Faith” or “Elmer Gantry” rip-off about a conman masquerading as a religious figure to swindle money out of gullible goofballs and innocent individuals. Instead it’s like “We’re No Angels” meets “First Reformed” about an interesting, irresistible identity crisis. Using the confidence of Danny Ocean and Frank Abagnale with the passion of Father Barry from “On The Waterfront,” Bartosz Bielenia’s Daniel charismatically captures the town’s heart and minds. Throw in the same swagger as Andrew Scott’s character from “Fleabag,” Bartosz Bielenia is the latest “hot priest” and conveys conviction with comedy beautifully. Bartosz Bielenia is an absolute revelation and immediately impresses the audience from beginning to end. This is certainly a star-making performance! 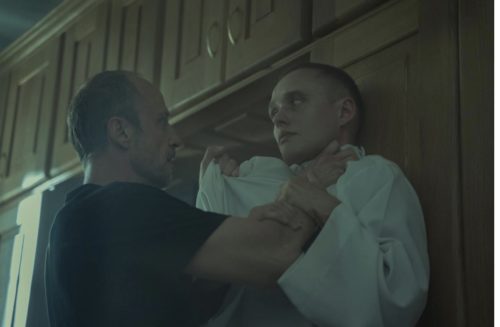 Starting June 23rd, the film will be available on DVD and Blu-Ray through Film Movement. Luckily the film does have some entertaining extras including a Making-of Featurette and Jan Komasa’s short film/directorial debut “Nice to See You” for fans to explore after the movie. Pick up your copy today! 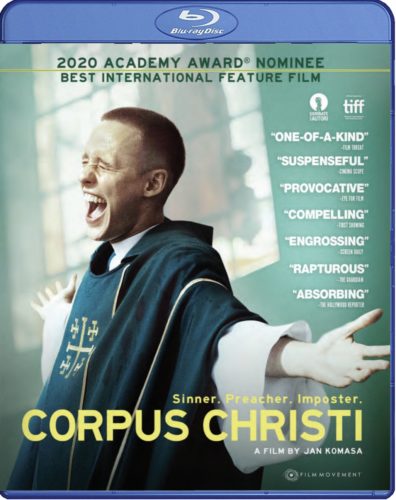