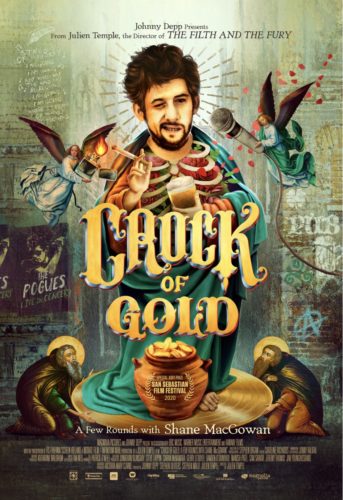 Grab a pint and pull up ye chair to hear about legendary singer, songwriter Shane MacGowan in “Crock of Gold: A Few Rounds With Shane MacGowan.” Prolific music video director and documentarian Julien Temple triumphs in a heartfelt, humorous and exciting exploration of the iconic Pogues’ frontman.

Best known for his signature toothy smile and laugh, Shane MacGowan persists as arguably rock’s hardest partying superstar still even at age 62. MacGowan’s alcohol addiction makes Keith Richards, Ozzy Osbourne and John Bonham seem borderline straightedge yet he still remains a prolific poet. Shane MacGowan’s meteoric rise from growing up in Ireland to becoming a punk superstar is nothing short of extraordinary. Through classic commentaries, interviews and voiceovers, viewers are treated to an exceptionally entertaining examination of the great punk poet who gave the world “Fairytale of New York.” 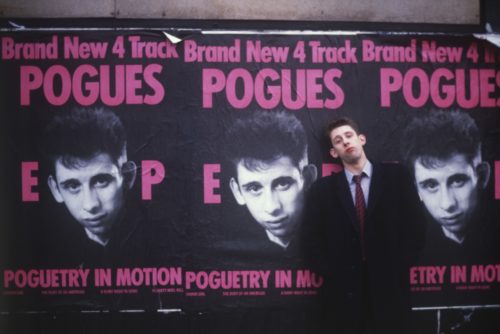 Julien Temple’s deep dive into The Pogues’ lead singer is truly a match made in heaven. Having worked with The Sex Pistols, The Clash, The Kinks, Judas Priest, Depeche Mode, David Bowie, The Rolling Stones, etc., Temple’s tenacious and keen eye examination elevates Shane MacGowan and provides even more exposure for curious fans. For those who’ve checked out “The Filth and The Fury,” “Glastonbury,” and “Joe Strummer: The Future is Unwritten,” the same stimulating conversations and passion are felt throughout “Crock of Gold: A Few Rounds With Shane MacGowan.” Temple terrifically captures the excitement one would feel at a Pogues’ concert and cinematically captures the charm, comedy and larger than life personality Shane MacGowan exudes daily. You feel Shane MacGowan’s presence throughout whether it’s interviews, archival footage, family footage, animation and/or contemporary commentaries.

Sure, it’s a funny, frantic and foggy trip down memory lane with punk poet Shane MacGowan, but “Crock of Gold: A Few Rounds With Shane MacGowan” is a stunning, splendid movie magnificently brought to life thanks to Temple and MacGowan teaming up. Together they’re able to recapture the energy and the peculiar path MacGowan undertook to become a rock icon. Temple has explored the maverick musician concept before, but somehow with each subject they each evoke excitement and enchanting storytelling techniques that make you adore them even before the movie started. Drugs, depression and defeat might be typical for most music documentaries, but once you hear that wheezy laugh and Irish ramblings it’s hard not to smile yourself thinking about Shane MacGowan. 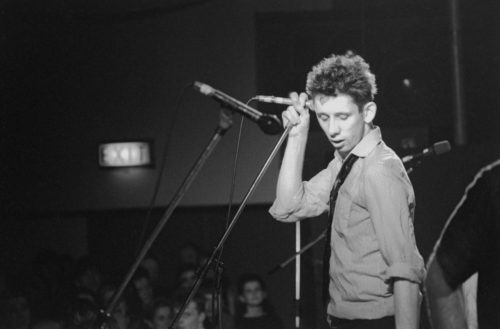 Despite their incredible Irish instrumentation, The Pogues’ prominence around the world was due in large part to Shane MacGowan’s unique voice and style. Sadly, the constant concert schedule and excessive daily drinking eventually took its toll resulting in MacGowan getting kicked out of the band. However, hasn’t that made his mythos more magnificent? Unlike watered down documentaries depicting retroactive ridicule and assessments, “Crock of Gold: A Few Rounds With Shane MacGowan” doesn’t dilute the unprejudiced assertions and readily accepts MacGowan’s drug and alcohol abuse. MacGowan miraculously has outlasted many of his punk peers and remains an incredible Irish artist, inspiring millions with his wonderful words. By the end, I was in tears and completely moved with the film’s final moments. I immediately located my album of “If I Should Fall from Grace with God” and relaxed for the next 51 minutes. Regardless if you’re the most ardent and passionate Pogues’ fan or a curious cinephile, “Crock of Gold: A Few Rounds With Shane MacGowan” is an essential, entertaining and daring documentary!

Magnolia Pictures will release “Crock of Gold: A Few Rounds With Shane MacGowan” in theaters and on demand December 4, 2020.

On Tuesday, December 1, 2020, there will be a special one-night-only theatrical event.