Wow.. It’s a rare day when Joseph Gordon Levitt is nice. Seriously, it’s like an All Hallows Eve miracle! This year alone, I’ve received several reports of his douchebaggery and leave it to James to break that streak!

I’m seriously going to have to grab my parka and head over the pond!
What’s next Natalie Portman doing photos? John Goodman giving out hugs! The possibilities are endless!

It’s funny, when the LFF programme was announced at the start of September, three names confirmed to be attending stood out to me; Tom Hanks, Joseph Gordon Levitt and Anna Kendrick. Then I thought really James? Joseph Gordon Levitt? Hell will freeze over before he signs. He’s not exactly known for being nice – even whilst promoting his directing debut Don Jon over the last couple of weeks I’ve heard nothing but bad stories (well, minus one of him signing at Letterman) – and some of the nicknames he’s gained say everything that needs saying (500 Days of Douche from Pinky from MTFB is my favourite). But, as the saying goes, if you don’t try you don’t succeed. 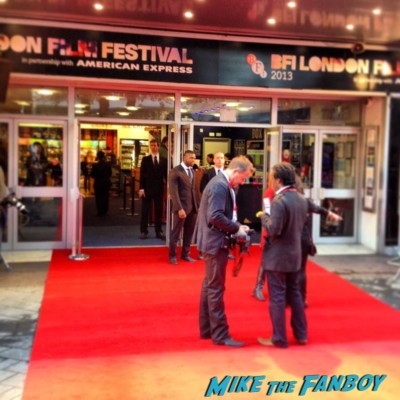 So, on a cold Wednesday afternoon I headed up to Leicester Square. Arrived to find it pretty empty (what a surprise, no one’s turned up to get blanked), met a couple of friends and got into place. We took bets on whether he’d sign, I said no. Time went by, and the film’s start time got closer, and closer, and closer, yet no JGL. 20 minutes before the start of the film, up pulls a car and out he gets. and say wha? he starts to sign. Is this some alternative reality?! I’m at the other end of the carpet to drop offs so it’s hard to tell how much he’s signing, but he’s doing a bit. He gets about 1/3 of the way along the line then goes over to do the press. With 15 minutes till the start of the film, I guessed that was him done with signing.

Wrong! He finishes with the press (5.58pm for a 6pm start), and comes back over to sign, this time much closer to me. I started to think he’d had a body double made for the premiere. He gets to me and signs my 500 Days of Summer DVD sleeve, 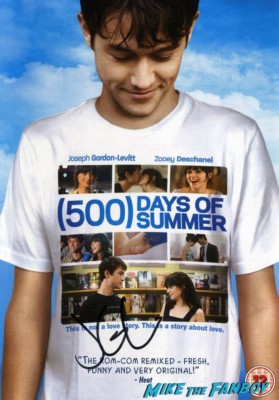 I then decide to push my luck and ask him to sign my autograph book to James, which he does. 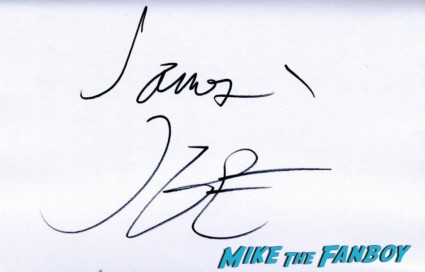 (thanks to the super person that posted this on instagram, can I count this as a photo with?!) 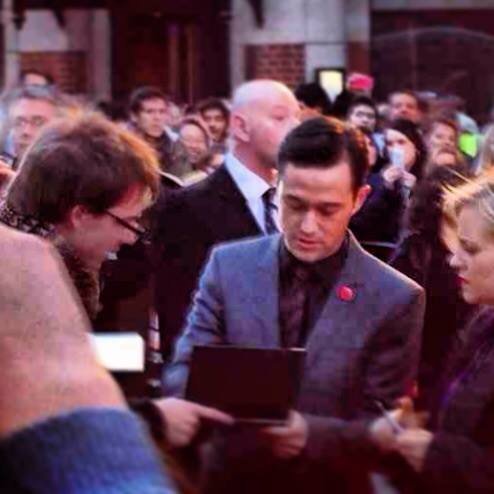 I then really push my luck and ask for a photo. He says (and I quote) “sure, where’s the camera”. I have it in my hand to take the pic myself before his PA decides this isn’t the reputation JGL should have, and shouts no pictures – he then realizes he’s not meant to be a nice person, and agrees with the PA.

But he signed. Two!! I’d have laughed if you’d say I’d leave Leicester Square with two autographs from Joe Gordon Levitt. Are they good autographs? I dunno, I’ve nothing to compare them against. All I know is I lost the bet. Joseph Gordon Douche, well, wasn’t!
My favourite picture I found online is this, JGL’s PA is clearly thinking “Joe, you’re really not meant to be this nice, what are you doing?” It made me laugh if nothing else! 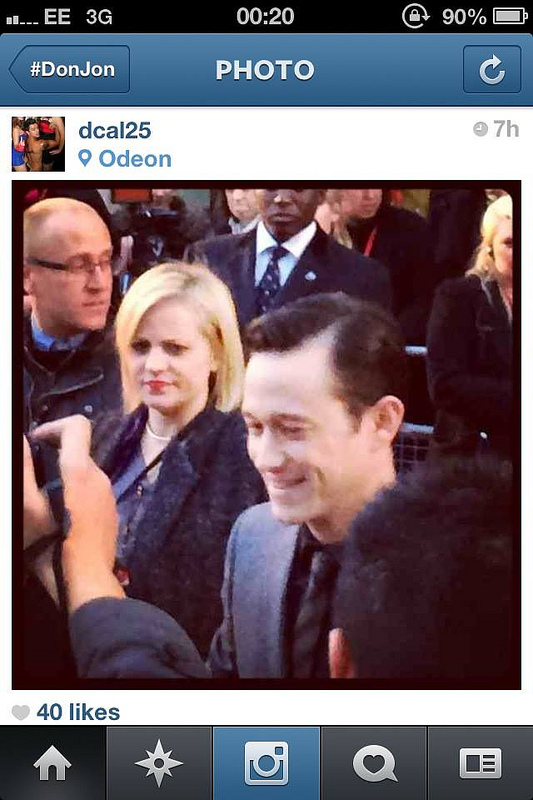 Check out James recaps from the UK here!