Sigh, today I am celebrating Thanksgiving in June, I know… how random, but it was fun, a lot of work but fun… I literally had to find a 20 pound turkey in June… Randomness… It really was like a scavenger hunt! Anyway, today was also the premiere for Are You Afraid of the Dark? The new Guillermo Del Toro film, and while I couldn’t attend CB was on the scene…

Now, since he didn’t have anything for Guy Pearce CB graciously offered to take my Priscilla Queen of the Desert Laserdisc. So, with a little luck maybe CB will get lucky with Katie Holmes, Guy Pearce, Tom Cruise and more!

NANANANANANA, CB, CB, CB! Today I am very excited for the Are You Afraid of the Dark? premiere. It stars Katie Holmes, Guy Pearce, and is directed by Guillermo Del Toro, but I’m only going for one freaking reason, TOM CRUISE! Ya see, Tom is married to Katie Holmes, so I’m really going for the hope that Tom Cruise shows up with her. I also like Guillermo Del Toro because he directed Hell Boy and Pans Labyrinth, so I kinda wanted a photo with him. I mainly went for Tom, so I offered to help Mike with Guy Pearce who is also in the movie. Let’s see what happens and hope for the best…

4:00: I arrive and I don’t see many people here, but the few people here are all here for the same person, Tom Cruise.

6:00: Security just informed us Tom Cruise and Guy Pearce won’t be here, damn it. I really had nothing for Katie or Guillermo, but I find this movie poster in the program, so I said, why not. I had my Batman Begins DVD cover for Katie, but now I have something else for the two.

6:30: First arrival and its Guillermo. 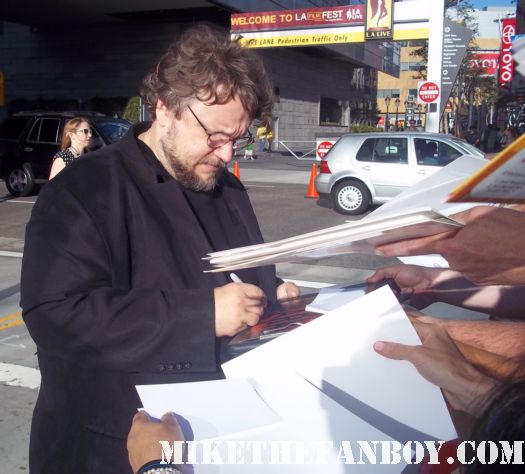 He’s super nice and comes over and signs for almost everyone. He talks to the fans and I get him to sign the page I found and take a photo with him. Stand up guy. 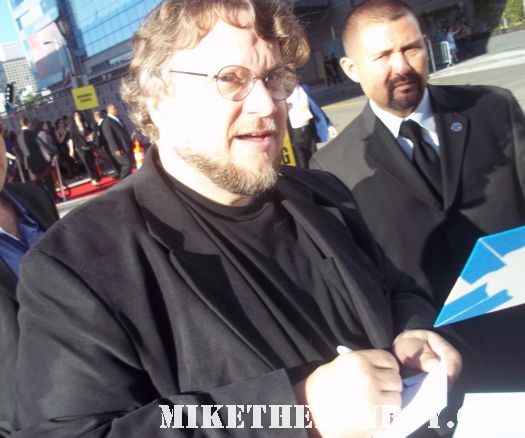 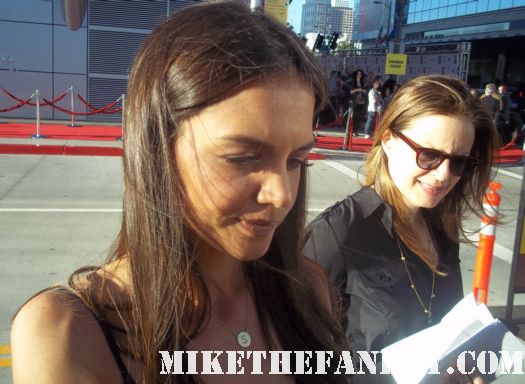 She comes over to us and signs. I get her on my DVD cover and newspaper ad. 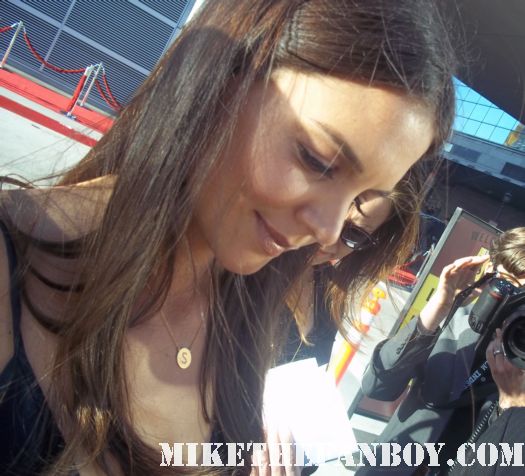 She signs quite a bit and I was a little shocked she came over, but hey, I finally have her on my DVD cover. 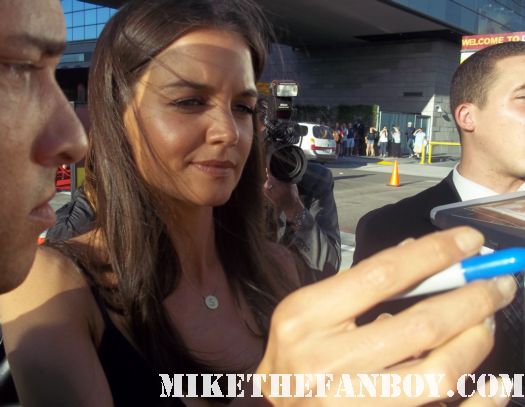 7:00: Last arrival is Ron Perlman. No he’s not in the movie, he just came to show support for Guillermo. We call him over, but he doesn’t cross.

Overall, the premiere was pretty fun. Sure Tom and Guy didn’t show up, but getting Katie on my Batman DVD cover and taking a photo with Guillermo was pretty sweet. Until next time, same CB hour, same CB channel, same CB Blog. KAAAAPPPPPPPOOOOOWWW! 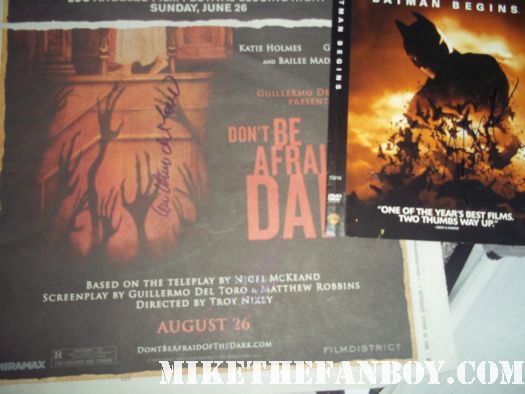