While we’re all waiting for the live-action Batman vs. Superman: Dawn of Justice movie to come out next summer, check out Lego® DC Comics Super Heroes: Justice League vs. Bizarro League which is out on video starting Tuesday, February 10th. Batman vs. Superman will undoubtedly be a Serious Film so this movie is a lighter, fun version. 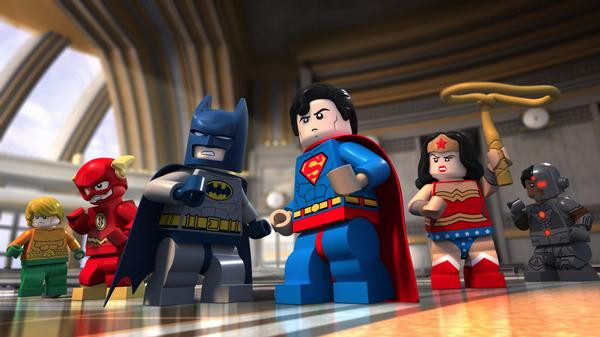 In this Lego movie, everything is not quite awesome since Bizarro is back in Metropolis and making new friends. Literally. Bizarro is a backwards clone of Superman who was created when Lex Luther used a special ray gun on Superman. Bizarro steals that ray gun and makes botched clones of Batman (called Batzarro), Wonder Woman (Bizarra), Green Lantern (Greenzarro) and Cyborg (Cyzarro). As you can guess, mayhem ensues. 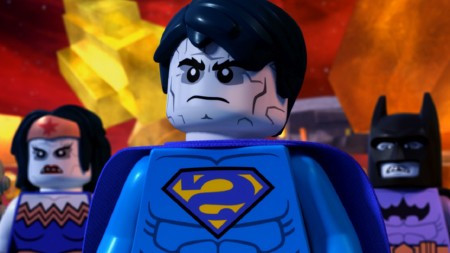 I’ve always enjoyed the Lego movies and video games and this is just as fun. The movie works best when we see the full Justice League in action including The Flash (so adorable!) and Green Arrow. There’s also lots of fun with Batman’s sour/pompous attitude, especially as he continues to doubt Superman’s perpetually sunny, Boy Scout attitude. No Batman is not singing “Darkness…No Parents!” but the fun is there nonetheless. 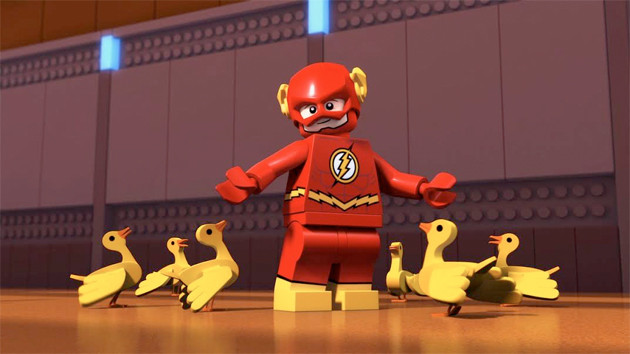 The DVD and Blu Ray also include a few extras including bloopers and a look at Bizarro’s comic origins. They’ve also included Lego DC Comics Super Heroes: Batman: Be-Leaguered TV Special which is an origin story of how loner Batman joined the Justice League. 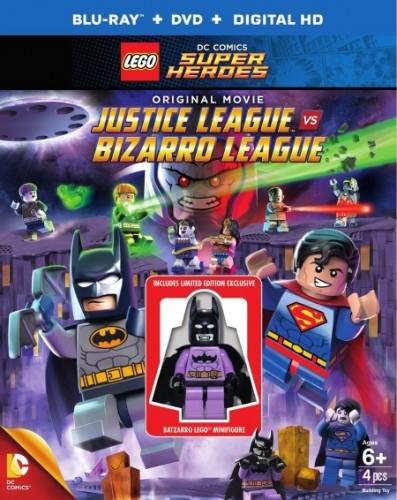