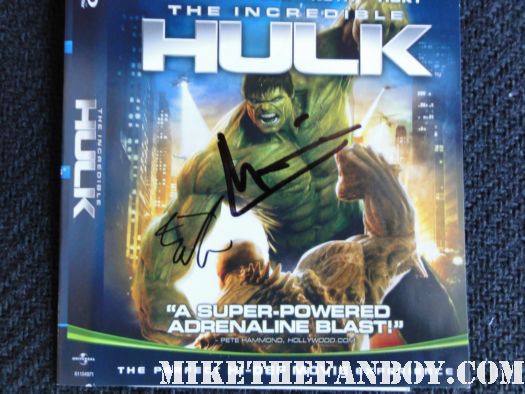 Another reader report, this time once again from the windy city of Chicago! I have wanted Mr. Edward Norton for a long long time, I mean… Fight Club! Hello! Sigh… For some reason he has always eluded me… Maybe now I know why! Sigh… Take a gander at the lovely Erica’s report on her interaction with Mr. Edward Norton earlier this year.

Today is the opening of the Chicago Film Festival which always seems to attract a couple of major names for the opening. This year is the ever elusive Edward Norton who’s film, Stone, is opening the festival.

I got my first glimpse of Mr. Norton in the flesh years and years ago. It was at the opening of the play Closer on Broadway (before the lifeless film version was made) and when Mr. Edward Norton was dating Drew Barrymore. Yep, it was that long ago.

Anyway, on that day, I lined up behind the Closer press line and could hear the photogs talking and pretty much doubting that Ed Norton would stop and give them the time of day. They were shocked when he actually did this night which is great, but leaves me the impression that he isn’t always the friendliest of people.

Still, there are fewer professional autograph seekers in Chicago and a friend actually caught Ed Norton in a good mood the week before so I figure there’s a chance he may do something here.

We arrive at around 4:45 and there is clearly a red carpet and a crowd in place. I hurry in and secure the last spot up front while my sister goes to park the car. 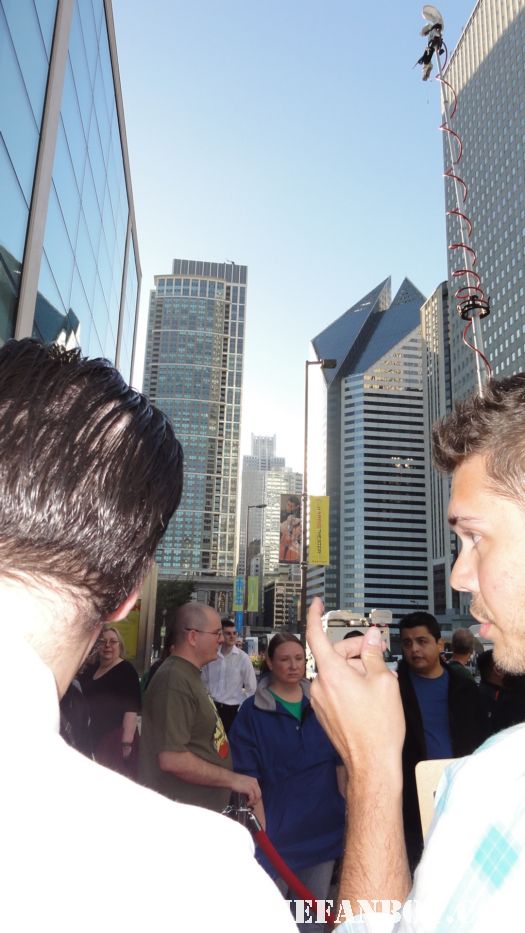 The crowd just gets larger as the hour passes…the red carpet is supposed to begin at 6 pm and the movie is supposed to start at 7 pm. The front row on either side is lined with professionals and fans while the press are obediently lined up inside. All the major media outlets are here and you can see lead broadcasters from every channel so it’s rather packed.

My other sister joins at 5:20. We settle to wait. It’s 6 pm. We wait. It’s 6:30 pm and we wait. The press reps are also waiting on the carpet with us. They seem rather bored as well. Still no stars. We hear the director, John Curren will come out first, followed by Ed. We still wait. It’s 6:45 and the inside lobby is filled as most attendees have not taken their seats so they can see Ed up close. 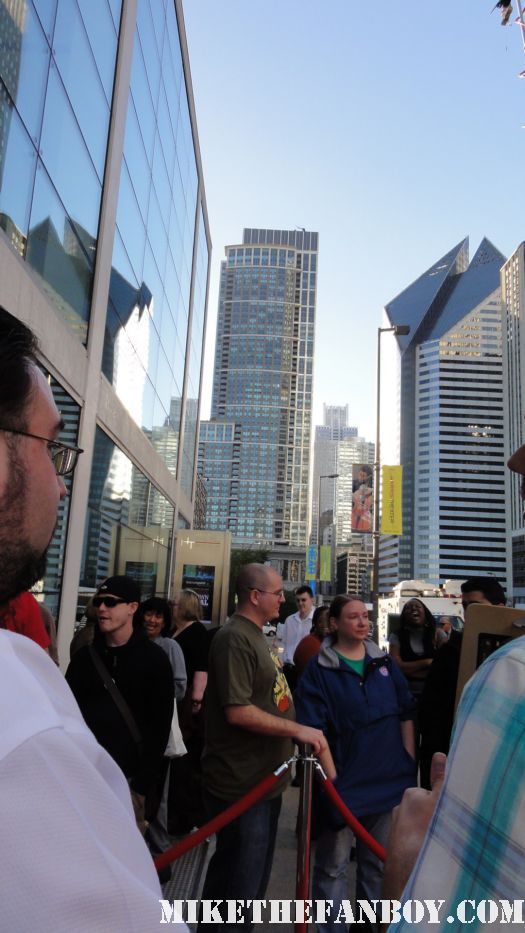 And still we wait.

It’s 7 pm and they are starting to herd the attendees into their seats since the show is supposed to begin. They’re blinking lights and playing xylophones, but still no Ed.

At 7:10 we hear that Ed is getting into his limo. That’s right, he’s showing up an hour late to the red carpet (which is just for him) and he’s a half hour late for the movie. So at this point, there really is no chance he’s going to stop for fans, despite all the cameras on the carpet. So the guy standing opposite me with a stack of 6 photos probably won’t be getting anything signed. 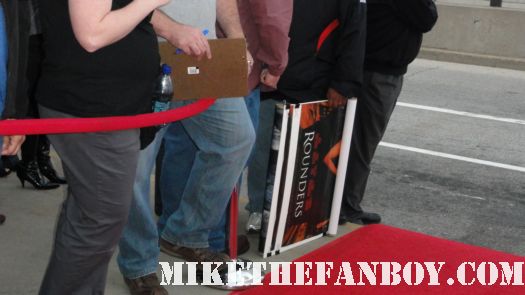 Sure enough, at 7:25 Ed shows up in the same limo as the director. They get out and Ed signs a grand total of 3 for the cameras and then hits the carpet. He is so late he does 15 minutes worth of press and then heads out.

Can’t say this was totally unexpected, but it’s still disappointing! Fortunately. we know where the after party is so there’s still one last chance. 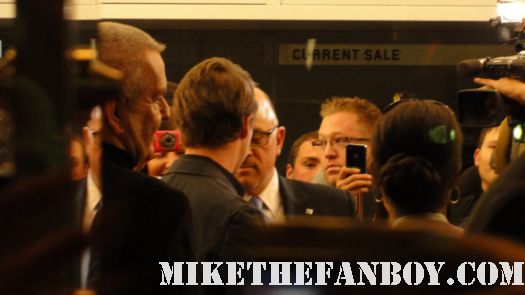 We head over and try to appear nonchalant as we wait. There’s an El stop right there so there’s plenty of traffic to camouflage us. There’s also a street team for Buick giving out reusable shopping bags. They are set up right by the employee entrance to this place so we’re hovering around the front door.

The party is supposed to start at 9:30, but we know they got off to a late start so we’re not expecting them to be on time. At around 10 pm, we can see the party goers coming in and still no sign of Ed.

Suddenly, we see a familiar limo pull up towards the employee entrance. We scramble over and see Ed and the director get out. It’s just the three of us, but nonetheless security tries to block us out. We manage to approach him and my sister asks for an autograph. You can see the reluctance ripple across his face and he gives in since it’s just the three of us. He scribbles something completely illegible (I think I got an “E” and “orto”) and literally throws the pen at me and turns around before we can say or do anything else. Wow!

Meanwhile, the Buick street team is freaking out since they think Ed is Keanu Reeves.

So we finally got him, but it was a lot of work and he didn’t really make us feel great about it. I guess the NY press guys had the right of it after all….