We have a couple really cool deals for you today!

First up is 12 Monkeys and Monty Python star Terry Gilliam. 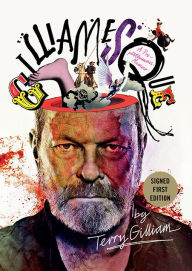 He has a new book titled Gilliamesque: A Pre-posthumous Memoir

The screenwriter, innovative animator, highly acclaimed visionary film director, and only non-British member of Monty Python offers an intimate glimpse into his world in this fascinating memoir illustrated with hand-drawn sketches, notes, and memorabilia from his personal archive.

From his no-frills childhood in the icy wastes of Minnesota, to some of the hottest water Hollywood had to offer, via the cutting edge of 1960s and ’70s counter-culture in New York, L.A. and London, Terry Gilliam’s life has been as vivid, entertaining and unorthodox.

He has a new novel titled Rules for a Knight. 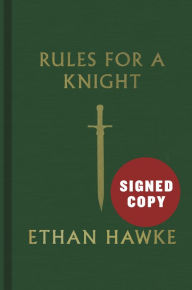 It is 1483, and Sir Thomas Lemuel Hawke, a Cornish knight, is about to ride into battle. On the eve of his departure, he composes a letter to his four young children, consisting of twenty virtues that provide instruction on how to live a noble life, and on all the lessons, large and small, that he might have imparted to them himself were he not expecting to die on the battlefield.

“Why am I alive? Where was I before I was born? What will happen to me when I die? Whatever well our lives are drawn from, it is deep, wild, mysterious, and unknowable…

Remember do your own research!