Oh Fridays, the start of the weekend and also Fanboy (or in this case Fangirl) Fail Friday.

Three fails in one day? Say it isn’t so!

Hello, my lovelies. Pinky Lovejoy-Coogan here still upset about my most recent fangirl fail. Yesterday I spent half my afternoon trying to get a picture with Carrie Coon who is one of our favorites on The Leftovers (which is one of our favorite shows). She was scheduled for an FYC panel last year, but ended up not being able to come due to a play. As she was one of the people I was most excited to meet last year, I jumped at the chance to attend a Q&A with her yesterday afternoon. 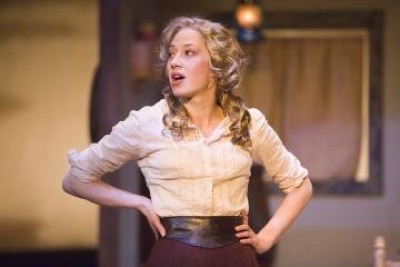 Now, the location it was held is notorious for being jerks. But, they had new people there, which was somewhat encouraging. I’d also heard great things about Carrie from a fangirl friend back east, so I was thinking it would be a pleasant experience. I couldn’t have been more wrong. We headed over to the event early, as I was hoping to catch her on her way in and avoid any unnecessary drama inside. This venue used to be pretty easy for arrivals – I’ve gotten entire casts there, even Brad Pitt outside. So, I thought one little person would be easy. Again, no. She never arrived (at least where I thought she’d come in). So, I begrudgingly took my seat (I’d hoped I could get the pic before and then head back to work, but alas…..now I’ll have to use my vacation time for the afternoon. Blurgh!). 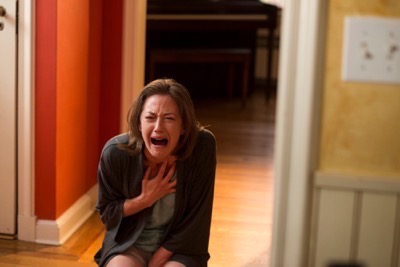 The Q&A had a screening first and then the panel.  The show was fine, but I was just counting down until I could meet Carrie. Between the show and the Q&A, I went out to the hallway and saw my friend who was moderating the panel and gave him a big hug. Just then, Carrie walked up. Since she was about to head inside, I said, “Would it be possible to get a picture together after the panel?” She said, “Yes!” I was thrilled! I was so excited throughout the panel to have locked this down. I had no doubt everything would go as planned….ha! I should have known better.

As soon as the panel ended, I approached the stage and asked if we could do the picture now. Carrie suddenly went deaf and acted like a huge diva trying to leave. No one else was asking her anything and then they whisked her off like she was the President. One of the people working the event said, “We can’t do pictures inside here, only outside.” Thinking they meant the hallway, we headed out there. Now, I realize they don’t like pictures at this venue, but I’ve taken plenty there before both inside at the stage and out in the hallway. So, it’s not like it’s never been done before. Once in the hallway, I was again rebuffed. Carrie was still deaf and completely ignoring me, but the staff said they had to take her in this room. Um, OK.

A few minutes later, they rushed her out again and said we could take pictures outside, but we had to wait for them by the parking lot outside. OK. Now, I don’t know why I believed them. I just love her work so much that I truly believed they were telling me the truth. So, apparently, I am dumb. We walked outside as quickly as we could only to see her SUV pulling out of the driveway. There was no way we could have made it there in time! Why tell me to meet them there if it was all an illicit ruse?!?! Now, I realize she had another FYC event last night and was probably all peaches and cream there. Whatever. 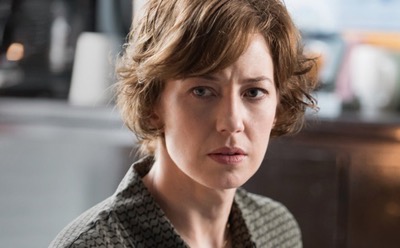 Meanwhile, I was standing outside sobbing and wondering how I could have believed their lies. Why say yes to the picture at all? Why trick me? Was I really Public Enemy #1? I wanted one simple picture. That’s it. Don’t get me wrong, I’m not saying she owes it to me, I don’t believe anyone owes anyone anything. But don’t say yes and then ignore me. Don’t trick me needlessly. I took the afternoon off work on the day before a trip just to end up sobbing in a parking lot. Yes, that’s right. I was crying. I’m a baby. And they hurt my sensitive pink feelings with their lies and deception. Keith and I were talking after and while it’s true the venue could have been nicer (or at least not treated me like the enemy and actually try to help me), real stars do what they want for their fans and don’t care about security. Real stars keep their word. They tried to get Brad Pitt away from fans there forever, and he didn’t listen. Too bad Carrie couldn’t do the same. Fangirl fail for me. Happy birthday to me, right? Sheesh.