I was invited to a q and a with the cast of the new film, The Post.

I wasn’t sure who was going to attend, but quickly saw that there were some below the line folks and stars Meryl Streep, Tom Hanks and Steven Spielberg. Damn.

It was an impressive list of talent to be sure.

The film itself was good, I didn’t think it was great, but I did love the message behind it. 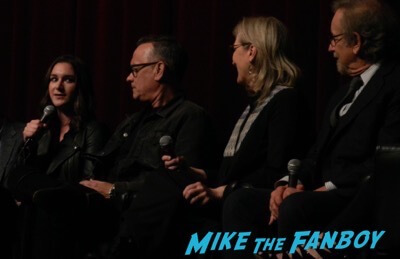 The q and a was interesting, the stars talked about what it was like to make the film and how quick it was to shoot.

They only had around six weeks in total to shoot the entire movie, which is rare. 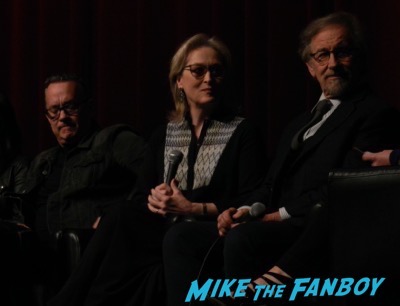 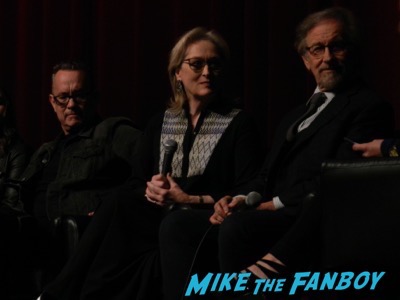 Now, you would think out of the three we could get one person to stop. And you would be wrong. Very wrong.

Meryl Streep bolted off the stage, I think she looked over and said, “Sorry” at least that’s what I was told. I didn’t see it.

Steven Spielberg wanted to do it, but by then was being rushed off the stage.

And bam. That’s when the most impressive q and a of 2017 goes down in flames.

Oh well, if there weren’t fanboy Fails, there wouldn’t be success right?