Ah, the Fanboy Fail… It’s one of the the trials and tribulations of the hobby. It goes along with the territory.

Tonight, I was heading out for Ms. Kirsten Dunst who I’ve been a fan of for a while. I’ve met her couple times, and she’s always been nice. This is a small location and I don’t think a lot of people will be here.

It’s a q and a for her new film Upside Down which also stars one of Scotty’s favorites Jim Sturgess. Scotty has his Nylon magazine for Jim, I’m only here for Kirsten Dunst and honestly wasn’t even planning on coming. 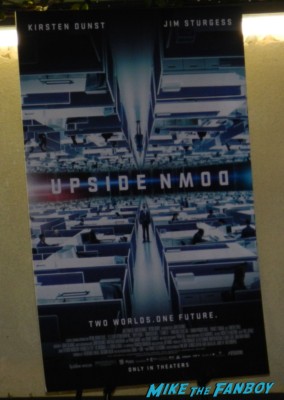 When did autographing become a military defense exercise? Welcome to 2013! LOL…

Scotty is having to break our defense when nature calls… quite literally. In fact, there are woodland creatures calling Scotty… No, I’m kidding but I just had the image of a warped Disney film come to life. Like a modern day Tangled.

Sorry, my mind tends to go places when I’m tired.

With our defense broken, we’re resorting to communicating via call signs. I wonder how I can sign, “run, run, Jim Sturgess is here!” Because honestly, that’s what I’m going to have to do as an SUV is pulling up right in front.

I whip out my cellphone and try to call Scotty who is thankfully washing his hands next door after nature came a knocking (I did have a funny mental image of Scotty running down the street with his pants falling around his waist yelling out for Jim, but it was only slightly dramatic not full on dramatic). 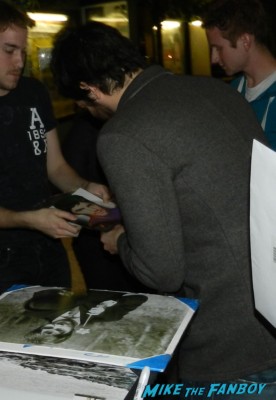 Scotty comes barreling down the street like a banshee who lost his youngling.

Thankfully, he catches up to Jim and all is right with the world for a hot second. 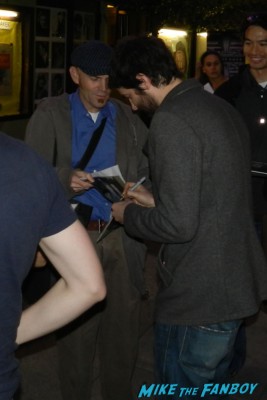 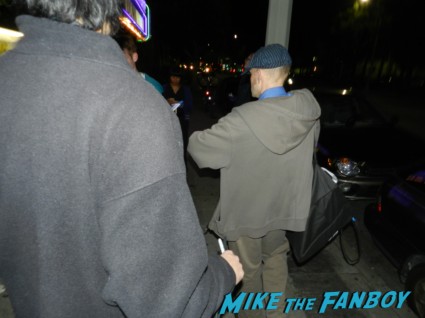 Plus, his Nylon magazine gets signed beautifully. 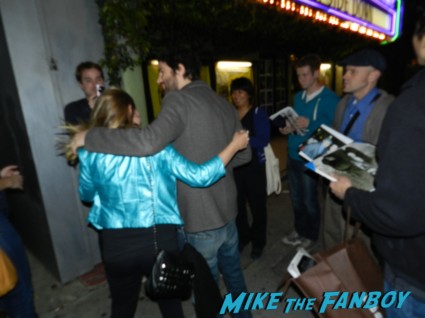 It appears our military exercise has been all for naught as Kirsten Dunst is a no show. Doh!

Oh well… At least I got to watch Scotty run down the street like a crazy person, so you know I chock that up in the win column!