This week we have a cute Zac Efron autograph story as well as more drama with Ace Universe.

When he was the Giants’ manager, Dusty Baker might not have realized it at the time, but he was signing a ball for someone who would one day become one of the most well-known actors in Hollywood.All he knew was a young kid with bleached hair wanted his autograph. That fan was Zac Efron. 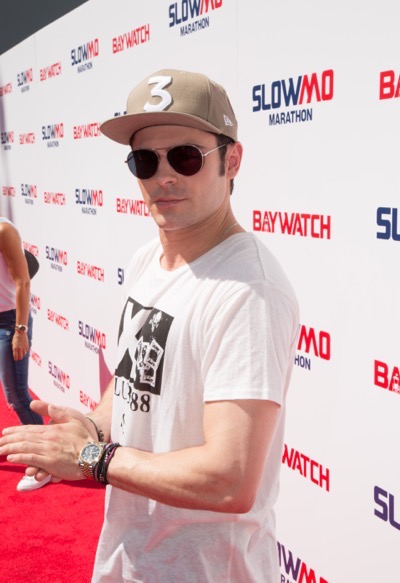 While the 2019-20 NHL season remains on hold am going to spend my Tuesday’s sharing random stories or pieces of hockey memorabilia that I own. This is story time with Gretz.Was never much of an autograph collector growing up because I was never really in a position to actually collect autographs. Despite that, there is still one piece of hockey merchandise from my teenage years that is hanging in my basement bar that has several of autographs on it.Random autographs.

COMIC CONS, ARTISTS, AND FANS SEARCH FOR A WAY FORWARD AMID CORONAVIRUS CANCELLATIONS

While it seems like a lifetime ago, it’s been just over a month since thousands of people crowded into McCormick Place in Chicago for C2E2. Since then, with novel coronavirus spreading through the country, the comic con industry has been effectively closed for the foreseeable future. While San Diego Comic-Con has recently vowed to find a way to push forward, other major events like Emerald City Comic Con, ACE Comic Con, and WonderCon have announced plans to reschedule in the past few weeks, leaving fans and staff alike scrambling to make adjustments.

ACE Universe was expecting big things for its March 20-22 Comic Con in Boston. Chris Evans, Tom Hiddleston and Chris Hemsworth were among the stars scheduled to attend. The event was nearly sold out. Then came the coronavirus and cancellation. Now comes one of the first lawsuits by an entertainment promoter over the fallout from the pandemic. It will hardly be the last.

ACE Universe, the top-of-the-muffin comic convention company begun by Wizard World founders Stephen and Gareb Shamus, has filed paperwork suing Growtix, the company who provided the ticketing services and event management software to process ticket sales, for not refunding tickets after their March ACE Universe Boston show was cancelled due to the coronavirus pandemic. Guests were to include Chris Evans, Tom Hiddleston and Chris Hemsworth, and plenty of people bought tickets that included meet-and-greets with the stars, often costing multiple-hundreds of dollars.

Many of us collect things – some turn their focus to stamps, some to coins, and others still to Persian rugs. There are those among us for whom autographs have been an interest – and Off The Ball’s Shane Hannon shows us some of his collection.I don’t know why it all started really if I’m honest. I mean, I’ve always enjoyed collecting mementos from sporting events – I still have programmes and ticket stubs going back years. Everytime I see an old man using his GAA match programme to keep his head dry from the rain, a small part of me dies inside.

The year was 1967, when as a third-grader I wrote a hand-written letter to St. Louis Cardinals rookie quarterback Jim Hart requesting an autographed photo. I licked the back of a 5-cent postage stamp, put it in the mail and waited.A month or so passed and then, in late autumn, I received return mail with “St. Louis Cardinals Football” emblazoned in the upper left-hand corner. Anxiously, I opened the letter and there it was — a 4-by-6 autographed photo of Jim Hart. Never mind that the signature was clearly a facsimile, I was thrilled. That he had responded at all was like magic to me. Thus began my hobby of collecting autographs that lasted over 30 years.

Buying something in an auction or on eBay comes with the “caveat emptor” warning (that’s “buyer beware,” of course).When The Athletic asked for people to send a photo of their most random piece of sports memorabilia, podcast host Tas Melas responded with a shot of Toronto Raptors program signed by future Hall of Famer Vince Carter that Melas paid $125 for.

Hate to be the bearer of bad news but that’s not my signature that’s Alvin Williams autograph… https://t.co/vxgI6VzVgb

Los Angeles International Airport, 2003. I read a comment about Cecil Fielder’s weight and laughed. My wife, Paula, looked up from her newspaper and turned her head in my direction. I read the words that produced my laughter. She smiled, then continued reading her newspaper.Forty-five minutes later I said, “I am going to get every person in this book to autograph it. How often do you read a bestselling book about people who are alive and walking around?”