Frozen held their world premiere in the heart of hollywood this week. I headed down with Billy Beer and when we did… Let’s just say… The barricades were pretty bare. In fact, there were only about 15 people waiting! I was like… Wha?

I’m not a huge fan of animated films but this one stars none other than Veronica Mars herself Ms. Kristen Bell! And you all know I love her! So, of course I had to go. 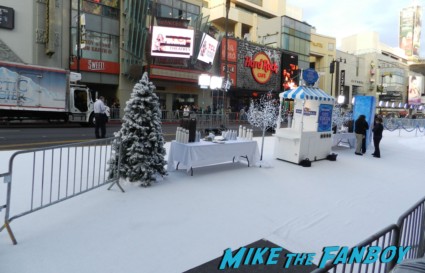 The carpet was pretty cool… Literally. There was snow, flakes, and more. Plus, we got Pop Tarts. God bless the Pop Tarts. We didn’t get here early so there was only a few minutes to wait. Woo to the Hoo! 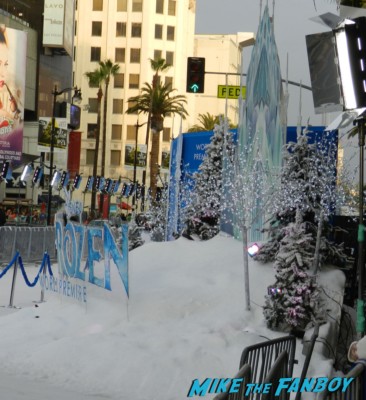 We kept waiting for drops and there’s Santino Fontana. He plays Hans in the film and everyone starts to call him over. The barricade has filled up a little more now, so, that’s nice and crazy as well.

Santino Fontana came right on over and was super nice to everyone. 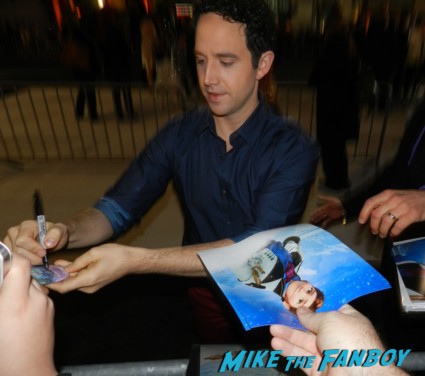 I think he was a tad shocked people cared so much. I got him on my Frozen mini poster. 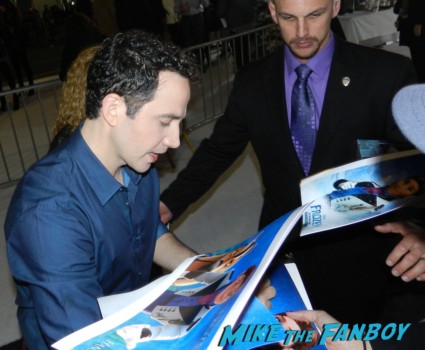 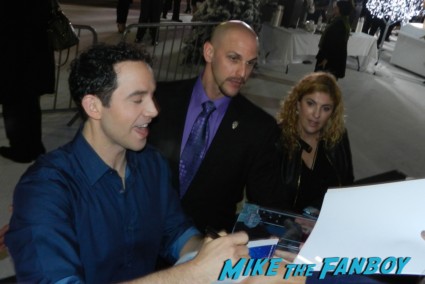 I’m hoping that Firefly star Alan Tudyk shows up. He and Kristen are the main reasons I’m here. I know that Idina Menzel isn’t going to be here. Sad times..

It’s kind of a slow premiere. I didn’t expect a huge action packed event but this is pretty crazy slow. 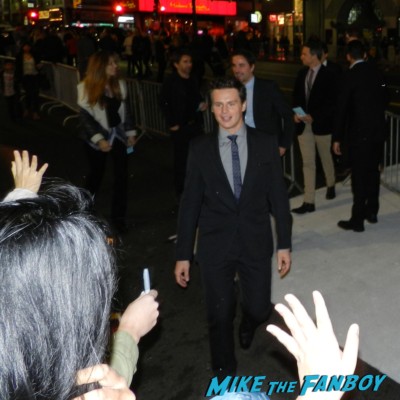 He is really nice and comes over and signs for everyone. He seemed so shy. But very kind. Especially because people act like they are crazy people when someone comes over. I mean Jesus calm down people, there’s no reason to bowl people over with 8×10 photos. Sigh… 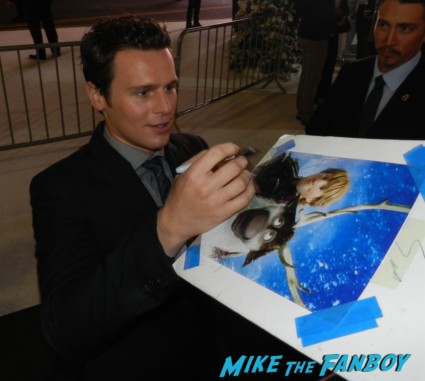 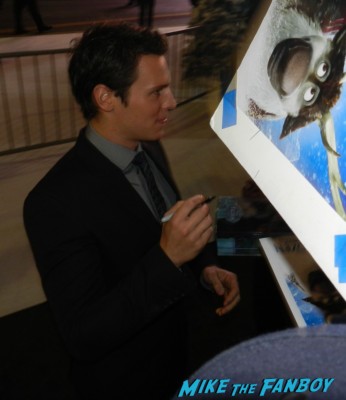 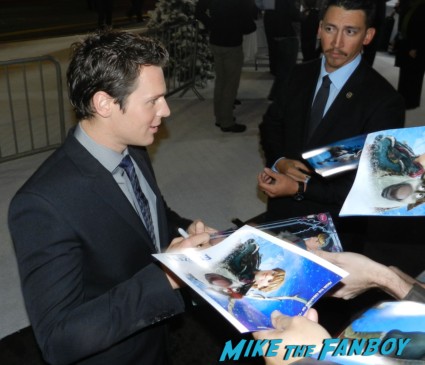 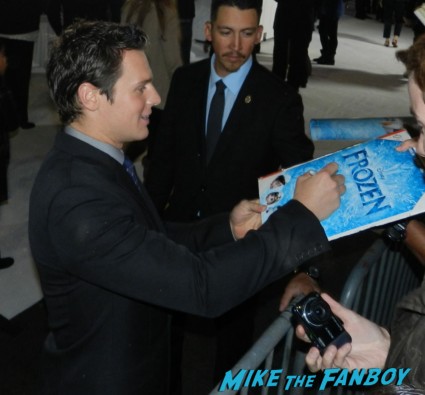 Oh no… Dax Shepard has just got here. Uh oh… Why no Kristen Bell? This does not bode well. Why would Dax arrive before Kristen? Grumble.

Neil Patrick Harris just arrived with his family. They are all so cute. 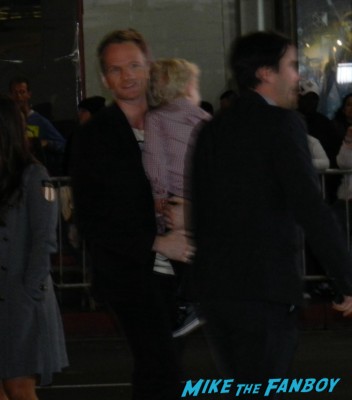 Josh Gad got here. He’s nice and comes on over. You would have thought that the man was Jesus, Mary and Joseph though. My God… The pushing for Josh Gad. Seriously? Sigh…

And apparently… Kristen Bell… She showed up but came in a different way. So, no one had the opportunity to even get a look at here! Plus, Alan Tudyk never showed up! Doh!

At least I have a Frozen poster, if I didn’t have that this would have been a total bust. 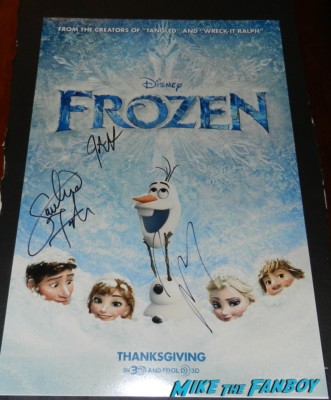