Home / Fanboying! • Q and A / Grace And Frankie FYC Q And A! Meeting The Iconic Jane Fonda! Lily Tomlin! Martin Sheen! And More!

One of the most unique and interesting shows on television right now is Netflix’s Grace and Frankie.

Starring Jane Fonda and Lily Tomlin, the series is catching fire and earned Lily Tomlin an Emmy nomination for her work. It’s ushering in a new wave of television viewing and breaking boundaries for age discrimination. 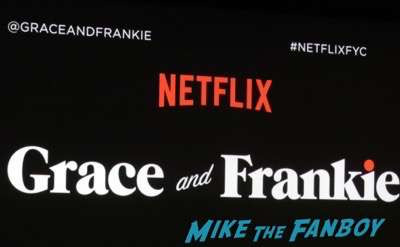 The cast sans Sam Waterston got together for a FYC Q and A. I was lucky enough to attend with Big Mike.

The panel was lively and hilarious. Jane Fonda and Lily Tomlin are both consummate professionals . 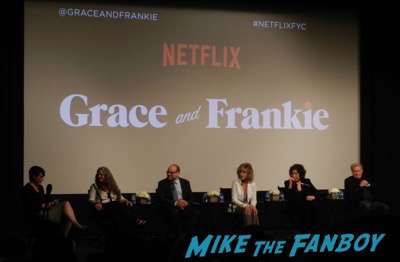 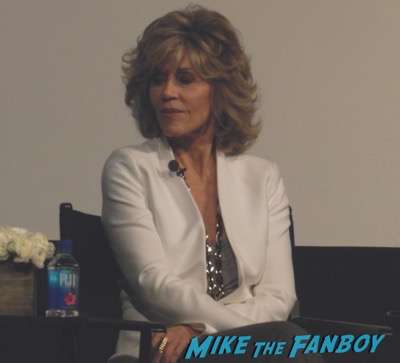 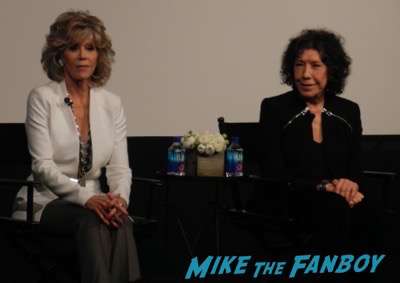 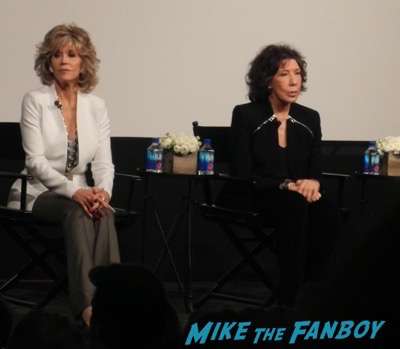 “I think it was just forgone that Jane would be Grace and I would be Frankie,” said Lily Tomlin. “I sort of fancied Marta (Kaufman)’s hair. I thought she sort of identified with me and wanted to bring forth her inner self. If I’m going to be an earth mother I wanted to be bountiful. By then Jane had her heels dug in for Grace.”

“I would have loved to see Lily as Grace!” Laughed Jane Fonda.

“I totally identify with Grace.” Exclaimed Jane Fonda, “I thought I was over being someone who tried to be what everyone wanted her to be.” 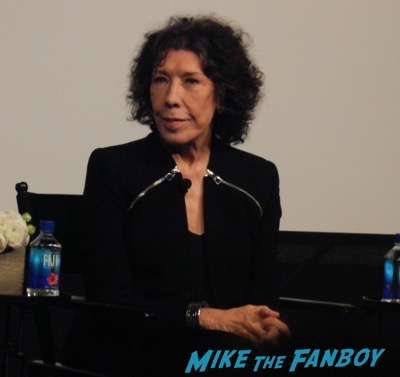 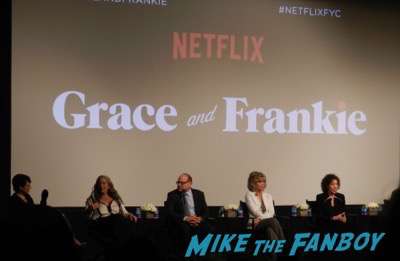 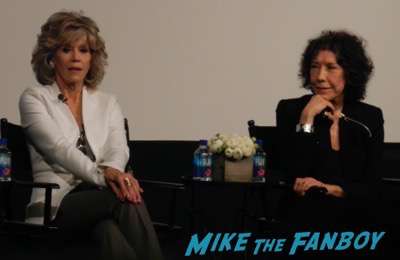 “There was a question that couldn’t be answered until the show was on the air and that’s could I leave Jane for Sam Waterston.” Laughed Martin Sheen. “I get to play an ultra conservative and a prude, despite his sexuality.”

After the panel all the stars stayed and met with the crowd.

Martin Sheen was over the top awesome. I brought my Apocalypse Now mini poster for him. He was just chatting with anyone and everyone who came up to talk with him. So nice. 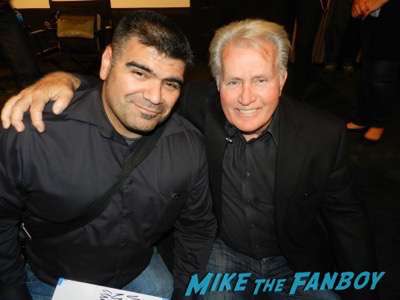 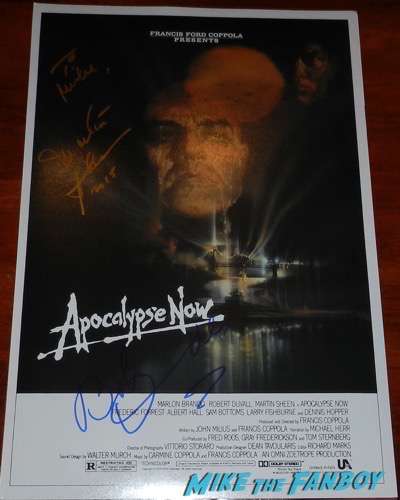 Jane Fonda was taking things from the crowd to get signed and doing selfies. She signed a Grace and Frankie mini poster for me and a “V” magazine as well.

Plus, thanks to Wayne I was able to get a photo with her as well. 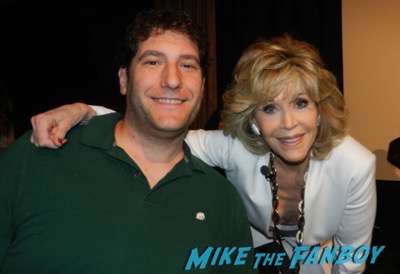 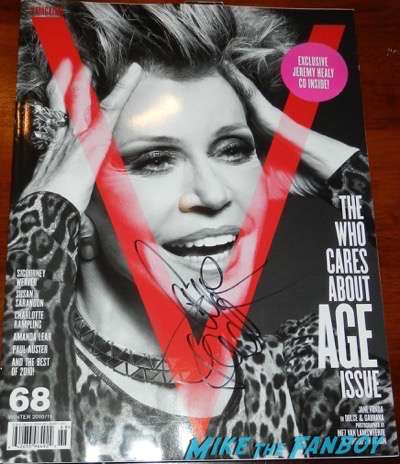 Lily Tomlin, I want her to adopt me. She’s so kind. Lily signed everything anyone had. I have a metallic Big Business counter standee, an original Interview magazine, and the Grace and Frankie poster that she signed. 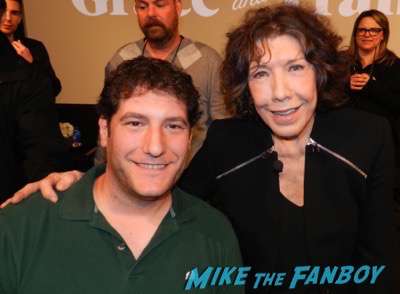 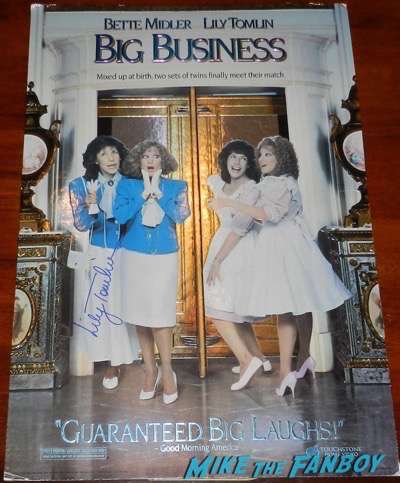 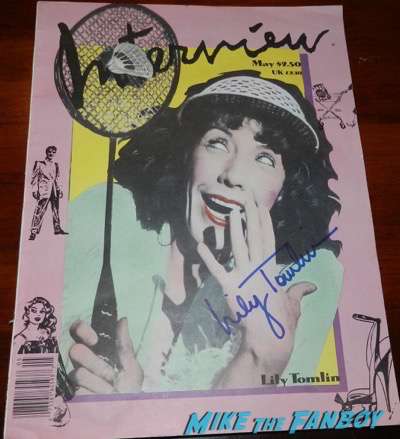 Such a fun night.

Thanks again to Big Mike for hanging with me! 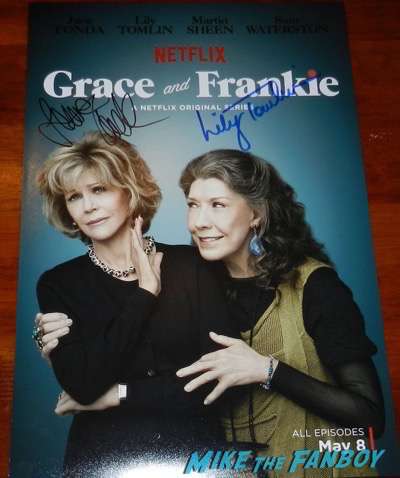