I have to tell you, with Scotty’s earlier report about meeting Gwen and Tom from No Doubt and now Billy got to meet both of them as well!

I’m only a little jealous, okay a lot jealous… Grumble… lol… Hey what can you do right! I’m glad that the guys had luck because both Scotty and Billy are awesome!

Check out Billy’s recap and photos below!

Welcome back to Billy Beer’s Barstool. Now I know Scotty Too Hotty was
a little quicker writing his article on meeting Gwen then me. What can
I say, I thought he was going to do a Fanboy Fail after finding out
Bella Thorne didn’t show up to her first Disney Premiere in years.

(Editor’s Note: Scotty does love him some Bella Thorne! M-)

What’s funny about Premieres, is you can be standing in two different
spots, and have two different stories. We’ll just say, my story is a
little different, enjoy.

For those of you who didn’t know, I am a huge No Doubt fan. Luckily
Mike the Fanboy knew this, and for Christmas he got me a really cool
limited edition pictured vinyl, and a program from one of her tours.

I  mean that’s the least he could do for his wonderful writers.

I tried to get the vinyl signed at a talk show a number of months back. I was
going to do a write up about it, but let’s just say I lived up to my
name that day, and might not remember the whole day. :/ I did end up
getting Adrian and Tony. I even got a used drum stick and playlist
signed by Adrian, but Tom and Gwen for some reason didn’t come over to
us. So when I found out that both of them were going to be at the
Monsters U Premiere, I packed my record and was on my way.

So I get there a little late and check out my options. On one side I
can stand in the second row by the drop off and hope that I can reach
my stuff over. On the other side there’s a huge play area where
there’s food and games, and hopefully some of the people might come
over. Since I hate the second row, I’m going away from the norm and
standing by the play zone.

They keep pushing us back farther, but I still think I’m in a good
place. There’s only about 15 of us allowed to stand in this area. I
can hear arrivals, but can’t really see the people. Finally there’s
word that Gwen and Gavin are headed to the play area.
  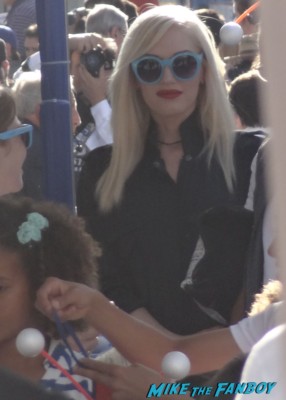 I can see them, and right next to them are Tom and his wife and kid. I
call out to Tom and hold out my album. Honestly, I figured he would be
the harder one to get cause he not at as many events as Gwen is. He
sees it and makes his way over. I tell him what a big fan I am and
he’s nice enough to sign my album. I also pull out a 1997 ticket stub
which he is nice enough to sign too. 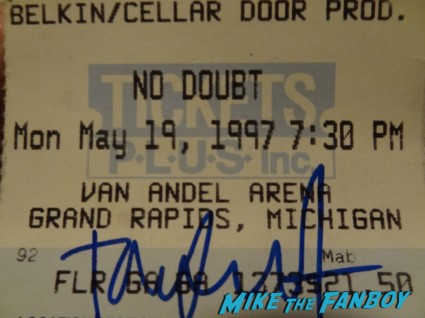 Then another grapher calls Gavin over. He’s being nice and signing for
us too. I have him sign my 1996 ticket stubs when they toured with No
Doubt (Bush headlined), and I get a picture. 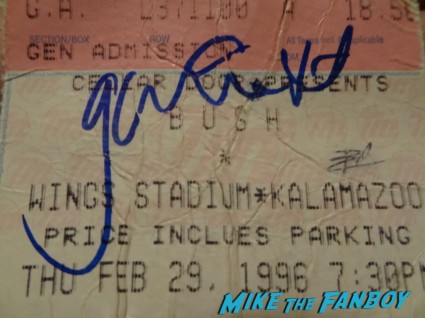 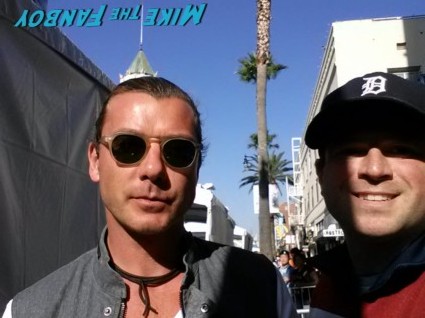  
Someone asks him if Gwen was going to come over. He politely tells
him that he doesn’t control what she does. Then he asks if Gavin could
bring something over to Gwen for her to sign. He kinda hesitates, but
agrees to see if she will do it. I quickly grab my record and tell him
she’s the last one I need on it. He grabs it and walks over to her. I
feel kinda bad, I’m having the lead singer of the band of one of my
favorite records bring stuff over to his wife to sign while they have
their kids. As much as I love Gwen, let me just say what a class act
Gavin is. A lot of people wouldn’t have done what he is doing. He
gives the items to her and she signs them.
  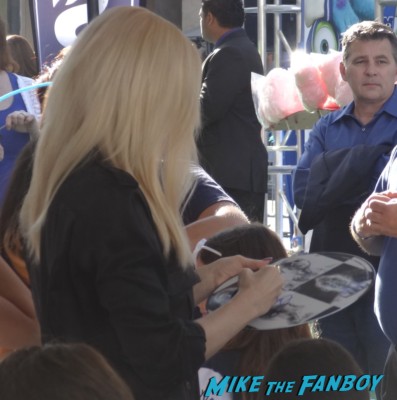 FINISHED!!!!!!!!!! I’m not sure if she knows what one little signature
means to someone, but this totally made my day/week! I’m already
figuring out how to frame it, and where I might put it in my room.
  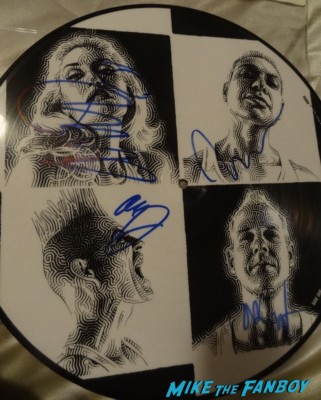 I call Scotty who was on the other side, and I swear it took him 2
seconds to make it over to my side. A few more people started coming
over. Now Gwen and Gavin have made their way farther down the play
zone. Now people are encouraging Gwen to come over and sign again.
  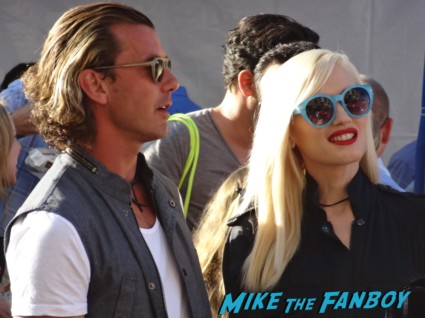 After what we might even call begging, Gwen makes her way over. I
still had my program, so I put it out there, and I’m lucky enough for
her to sign that too.
   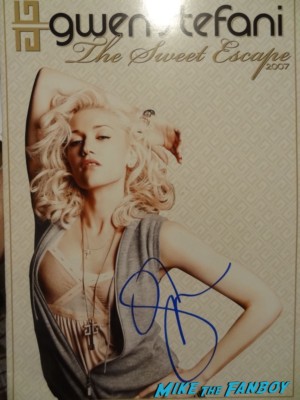 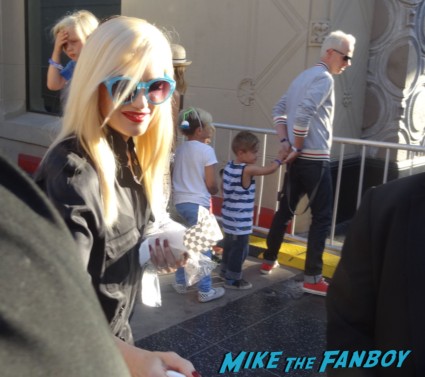 I’m hoping for a picture, but it was a quick stop. She’s with her
kids. It’s really hard to bother celebs when they have their kids.
Tito Ortiz was there too, and when I ask him for an auto, he told us
“sorry guys, I have my kids” I think he knew it would get crazy if he
did start signing. And who knows about the safety of the kids. I have
to respect that. I’m glad Gwen was nice enough to sign, but I would
have totally understood if she didn’t.