Since it’s the first day of 2017, I figure it’s the perfect time to recap my last fanboy adventure in 2016.

Hacksaw Ridge has been burning up the awards circuit lately and it’s director Mel Gibson has been doing some q and a’s. Now, I’ve never gotten Mel to sign and this was my second time seeing the film.

Well, at this screening of Hacksaw Ridge, Mel Gibson, Andrew Garfield, Vince Vaughn and Luke Bracey were all at the q and a.

After the q and a was over the cast bolted out for the most part. I think Andrew Garfield did a couple photos.

In the lobby, I was standing with Scotty and Mel Gibson was leaving and a girl stopped him to take a photo and even though she couldn’t take a photo to save her life Mel did stop. He then refused to sign for us. Doh!

That was kind of sucky. However, he said, “i have to do an interview.”

So, we hung around for a little while, thinking he might have to leave and if we could hang out then we could possibly grab him on the way out.

As luck would have it, a couple of us in the q and a spotted were his car was and since we had the parking passes we were allowed to stay on the property, which was cool.

We had to wait quite a while, so long in fact that Scotty left. Doh.

Then, Mel Gibson came on out. The five of us lined up and he signed down the line. He signed a couple each and then came back and signed again. It was pretty epic! 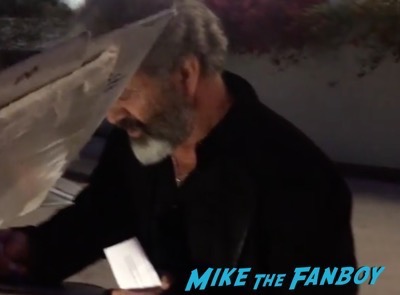 I got my Braveheart and Lethal Weapon mini posters signed as well as my Braveheart counter standee and my Maverick uk quad poster. 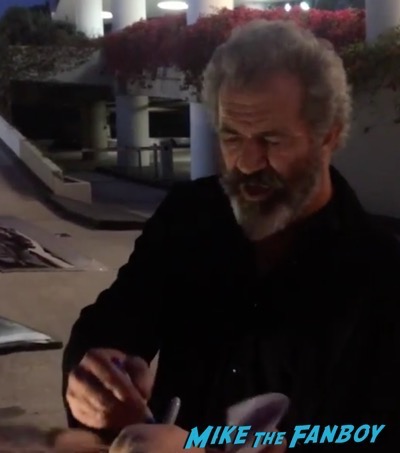 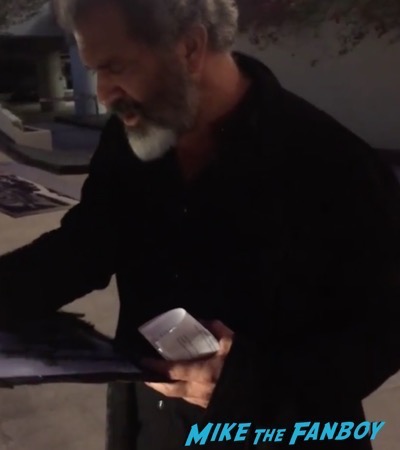 so all in all he signed five things for me. 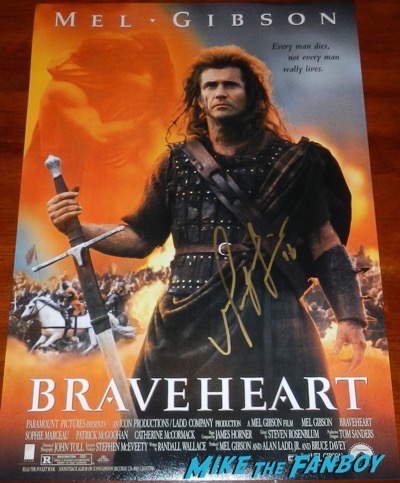 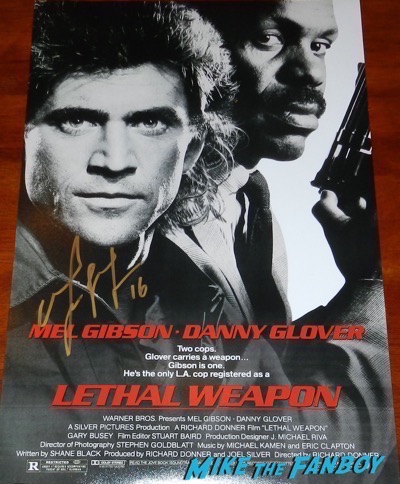 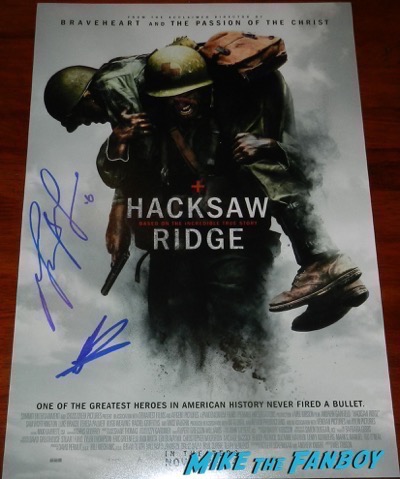 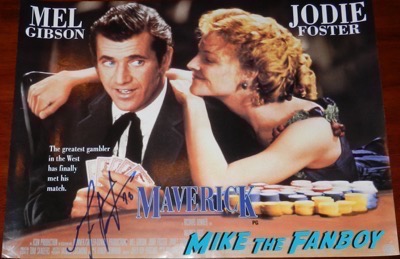 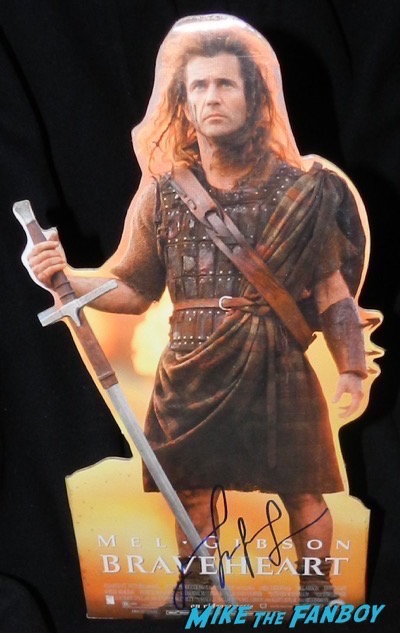