Here’s a funny random event that was so last minute and so awesome I could barely believe it.

So, yesterday I got a last minute invite to a Blu-ray release party for Hell or High Water. I was just talking about this movie with my friend Lisa and immediately sent her a message and asked if she wanted to check it out.

Now, I wasn’t sure who would be there, but I brought my Star Trek Beyond poster for Chris Pine and my Starman poster for Jeff Bridges.

It was super early in the day considering it was Friday and I had no idea what to expect. Once we got in, I looked up and there was Jeff Bridges, Chris Pine and Ben Foster. I was like… Uhhhh the whole cast is here and a full buffet? Say wha?

I’ve been under the weather this week, but I’m so glad I rallied and headed out!

We first went to Chris Pine who I know hasn’t been the coolest lately.

He was super chill. Lisa got a photo, I got a photo and in my photo it looks like we’re old buds having a drink, which I love. 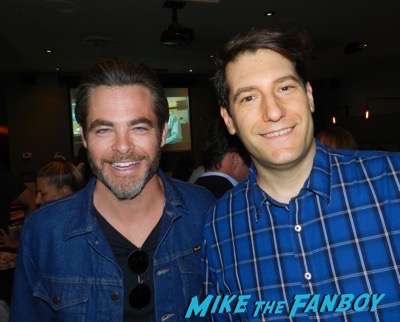 Lisa got her Hell or High Water poster signed and then she helped me get my Star Trek Beyond poster signed as well. I don’t really have much of a voice right now, so it’s hard in loud rooms to be heard. That’s usually not a problem but this week I’ve pretty much lost my voice.

Still, I did get the poster done thanks to Lisa even though the beautiful Chris Pine autographs are a thing of the past. Sigh… 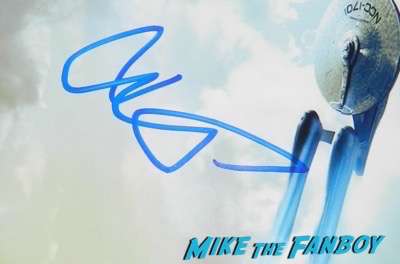 Then we waited for Jeff Bridges to finishing up a conversation. He then bee lined for the door, Lisa and I were like NO!

Jeff is such a nice guy though, He stopped to take a photo with Lisa and then I managed to grab him at the door. He signed my Starman poster 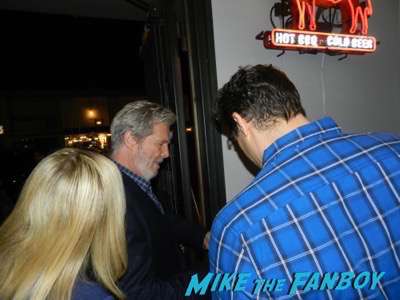 and I got a photo as well. 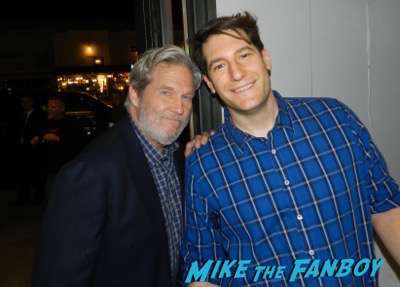 Ben Foster was next and we chatted with him for a bit. I got a photo with him and he was such a cut up! 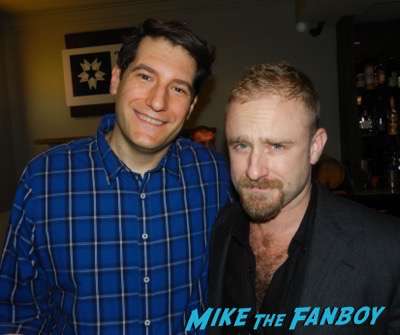 Finally, Lisa spotted Margaret Bowman who was the waitress at the T-Bone Diner in the film.

She was adorbs and we got a fun group picture! 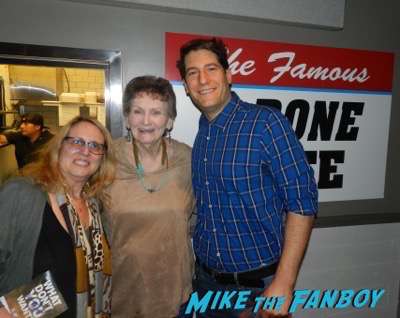 It was such a fun event and I’m so glad to have been able to hang with Lisa and go. 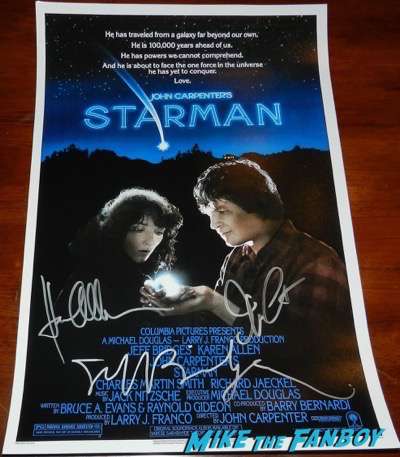 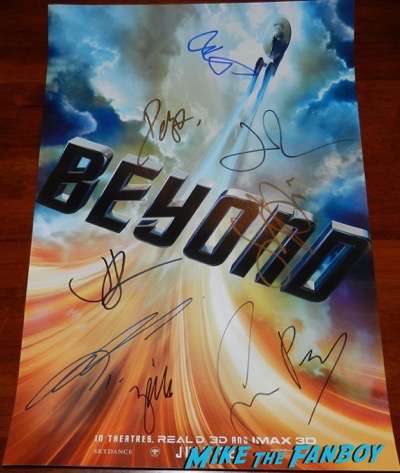