Oh dear… You see, Billy Beer loves and when I say loves… I mean LOVES him some Jessica Alba. Personally, I thought the subtle wonderful character choices she brought to her role in Into The Blue were outstanding.

So, to capitalize on her acting style and choices… Billy Beer loved it when she put all her assets to use in Fantastic Four and his fandom for Jessica Alba has been “growing” ever since.

I’m getting off topic with all these puns. Jessica Alba put pen to paper and wrote a book! I know right! I thought the same thing!

I’m just teasing Billy, I have nothing against Jessica Alba, she’s always been nice to fans and I will admit Into The Blue is a guilty pleasure of mine. I admit it! lol…

Welcome back to Billy Beer’s Barstool. UH OH! It’s time for Billy Beer to see his #1 again! Today me and Travo are off to Jessica Alba’s book signing. What? Jessica Alba wrote a book?

Yup, and it’s not one of those celebrity tell all autobiographies, or a children’s book (cause that’s about all they could write). It’s a book about her company the Honest Co. and changing your life style by staying away from bad chemicals that can effect you and your baby. I think it’s great when a celebrity does more than just hand out a check. This is something she is very passionate about having just had 2 children. But I’m not going to lie, I’m most excited about seeing Jessica 🙂

Travo and I get there a little early. Nothing too crazy. After a nice cup of coffee, we head in and buy our books to get signed. 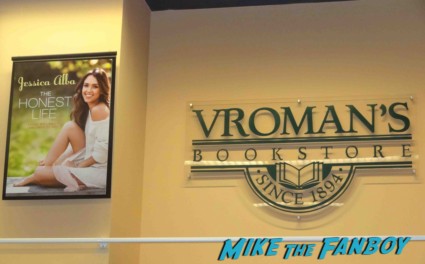 They have signs posted with today’s rules. No outside stuff to get signed, and no posed photos…..grrrrrr. Normally, this would bother me. But did I mention, it’s Jessica Alba my #1. First there’s going to be a Q & A, and then she’s going to sign books. We get a seat in the second row, and then wait. 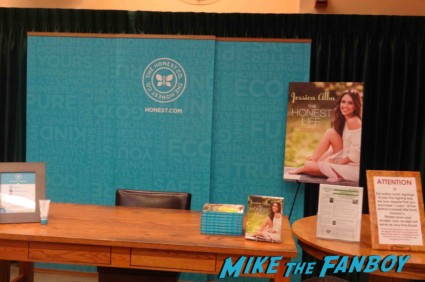 Hmmm all calenders are on sale for $2. I buy myself a calender. 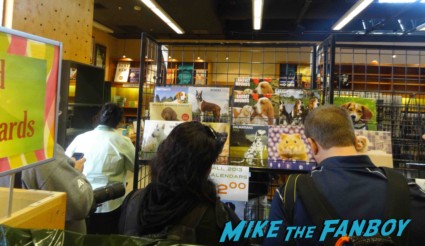 The Press is starting to arrive and the book store is now telling us everyone in the first two rows are going to have to go to the side behind a book shelf while the Photags take pictures. Then we can go back to our seats. “Seriously?” Just lost our view for when she poses with the book. I know Travo was hoping to get some good video. 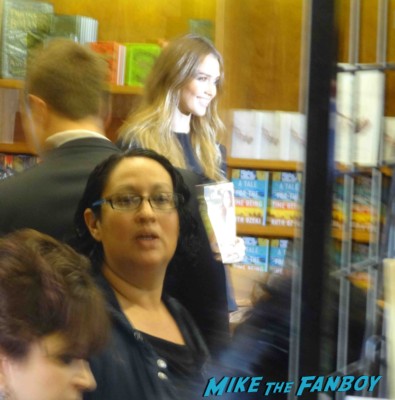 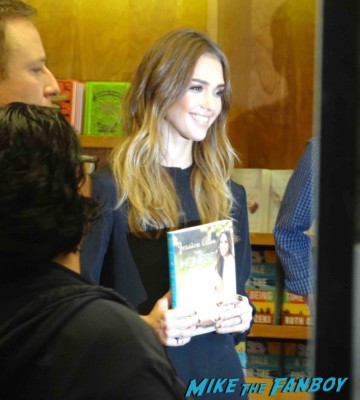 Finally after a million flash bulbs, she sits down and the Q & A begins. She didn’t read any passages, just answered a few questions, and pointed out her mom in the stands. 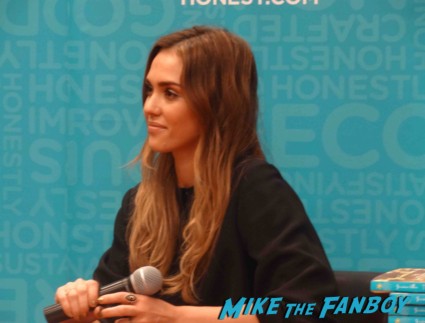 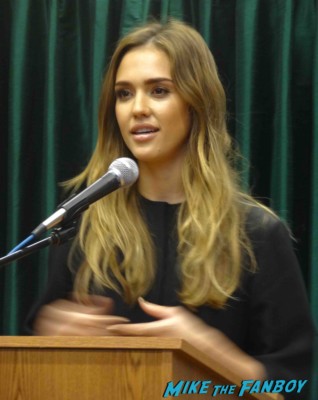 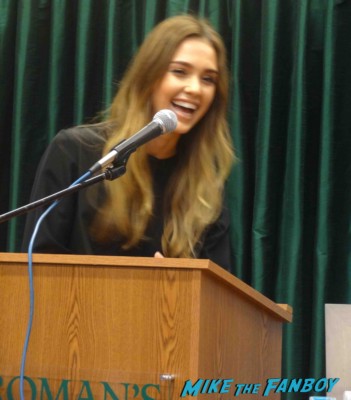 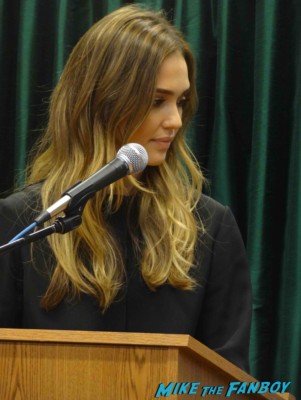 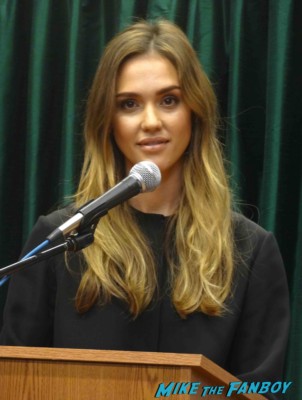 Now it was time for the signing. We’re hoping to get photos for each other. Maybe get a quick pose. About 10-15 people are in front of us. Nobody is even trying for the photo-op. I had bought 3 books, one for me and one for a couple of friends of mine that just had babies. This will also give me more time to be up there with her. I tell her I can’t wait to read the book (yes I will do more than just look at the pictures Mike!).

Then I tell her a number of my friends just had babies, and they are going to make great gifts. She thanks me, and then I tell her I’m glad she made it out to Cali for a book signing, cause for the longest time the only one listed was the one in New York. She replies “Of course, I wouldn’t miss my home town.” And that was my moment with her. Not long enough, but still enough to put a smile on my face (Mike do not put “that’s what she said!”)

I then focus my attention to Travo who’s getting his book signed. I get a few good pics, and then the day was done. 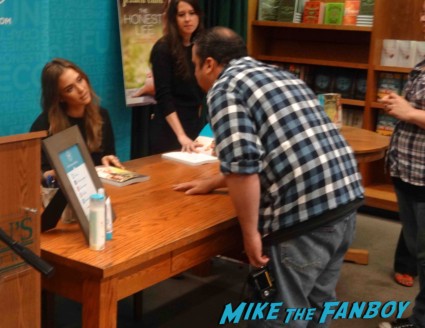 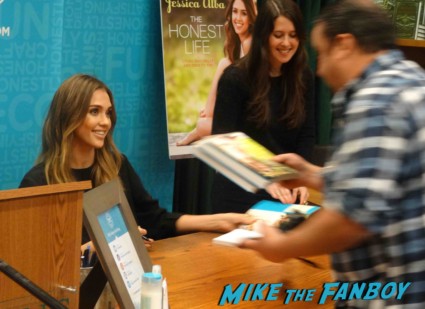 I know Mike’s not the biggest fan of Jessica’s acting (Channing Tatum), 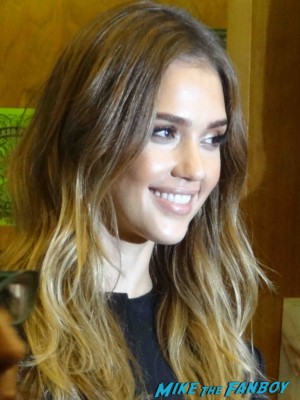 Plus he likes to take pictures of me while I’m sleeping at Premieres. But again, it’s nice to see a celebrity actually work hard to do something to better the world. Now if only a photo-op with me would better the world. Well, I’m with Travo which can only mean one thing. Off to Chili’s for Happy Hour. Later Taters.