Netflix is continuing it’s trend of bringing awesome original content to it’s subscribers and just announced Hemlock Grove will be back for an additional 10 episodes!

The series will be back Friday, July 11th at 12:01 AM PT when all the episodes will be available. So those of you who love to binge watch can do so!

Check out the teaser video and all the info below!

The second season of the Emmy® nominated Netflix original series, “Hemlock Grove,” a riveting supernatural thriller from executive producer Eli Roth, will premiere on Friday, July 11th at 12:01 AM PT. The series is based on Brian McGreevy’s novel of the same name and is produced by Gaumont International Television.

“Season two of Hemlock Grove is a hot mix of passion, intrigue and supernatural thrills that come together in mysterious and riveting ways,” said Ted Sarandos, Chief Content Officer at Netflix. “The intensity and suspense take things to a whole new level and open doors to a brand new chapter that our members are going to love.” 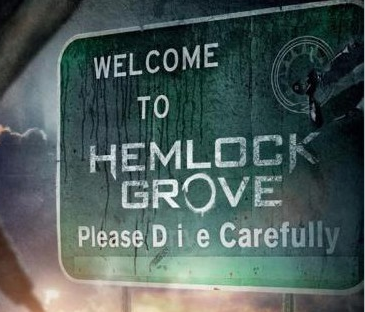 “I cannot wait for fans to see what’s in store for season two – it is going to blow away all expectations,” said Executive Producer Eli Roth.  “Netflix has been an incredible partner, and whenever we wanted to take the story in a dangerous direction, they encouraged us to go even further – into a scarier, darker, and sexier place.  We guarantee you won’t see anything like this anywhere else on television.”

“Hemlock Grove” is a supernatural thriller which explores the strange happenings in a small Pennsylvania town. The show focuses on the unlikely friendship between the founding family’s young heir, Roman Godfrey (Skarsgård), and gypsy newcomer and outsider, Peter Rumancek (Liboiron). Each holds a monstrous secret that has been unleashed.

Season two continues with the town coming to grips with the shocking massacre incurred by one of its deadliest creatures. Roman and Peter are now faced with new responsibilities and the realities that come with adulthood. Roman’s relationship with his mother (Janssen) is all but dead as he struggles with his unwanted Upir birthright and the disappearance of his sister, Shelley (Martin). Peter moves in with Destiny (Horn) and is forced to get a job after his mother is sent away. Meanwhile, in search of a new life, newcomer Miranda Cates (Madeline Brewer), embarks on Hemlock Grove with an unknowingly profound effect on Peter and Roman. And Norman (Scott), still reeling from the loss of his family, must face the harsh truths that are uncovered about those he still loves.