You know… There are events where you just look at it and say.. Nope. It’s too crazy. It’s not going to happen, or do I want to deal with it all? That was the way I felt when the new Superman Henry Cavill flew into Los Angeles for a talk show appearance.

Suddenly Susan however lept a tall building and made her way over. But…

Since it’s Fanboy Fail friday. You can kind of figure out how it all went down.

Check out this weeks Fanboy Fail friday after the jump!

Superman is my favorite comic book hero of all time. I love the original movies without Christopher Reeve and I even enjoyed most of Superman Returns (just let this one go Mike).

(Editor’s Note: Actually, I’m one of the few who didn’t mind Superman Returns. It helps that I have a cast signed one sheet so that always makes a movie better. lol… M-)

I am getting more and more excited for Man of Steel with each new trailer and TV spot. So, when Henry Cavill, the newest Superman, was doing a recent talk show appearance and I just had to give it a try.

I expected an average amount of mayhem, but was not prepared for the absolute chaos. Security would not allow anyone to stand on the property, so a “line” of 30 – 40 people spilled onto the sidewalk. 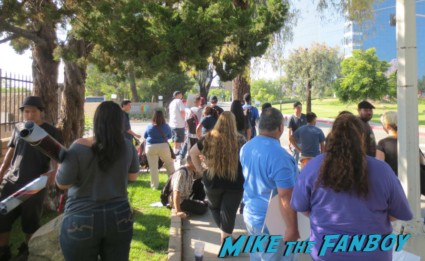 Then, as the audience let out, the somewhat organized line turned into a crowd, a huddle, a herd of 100+ people! 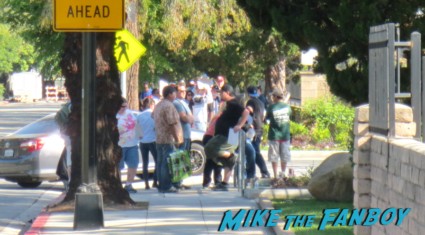 Twenty or so people lined up ACROSS the street 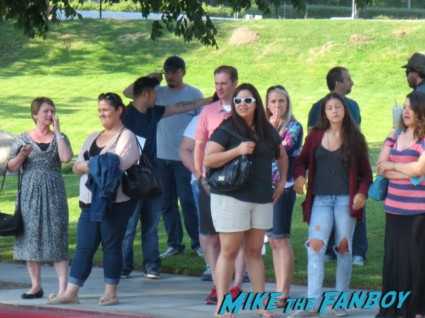 as well as another 20 or so who stood on the opposite corner. From what I’ve seen/heard about Henry in the past, he seems super (forgive the pun) fan friendly,

(Editor’s Note: I can’t forgive that pun… Sorry… I still love you though! M-) 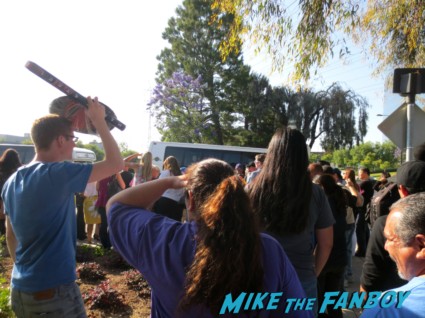 but this was more than any celebrity could or should be asked to handle. If I were him, I would have bolted out the side entry, which is exactly what he did. 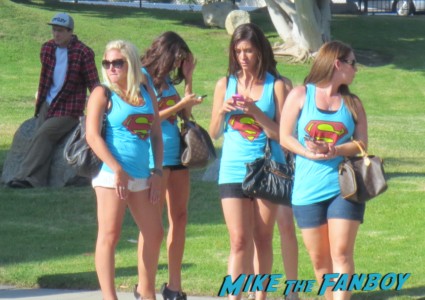 A few ‘smart’ autograph dealers stood at the side exit and 6 or 7 got his autograph. Another group of dealers raced to the car and shoved what they had in Henry’s face, and that’s when he left. 100 plus fans and 6 or 7 dealers get a signature; yup, that sounds about right.

I was lucky enough to get an autographed Man of Steel mini poster and last year’s Comic Con where I also met Henry, so I wasn’t too disappointed. This gorgeous Details magazine shall remain unsigned, at least for a while. 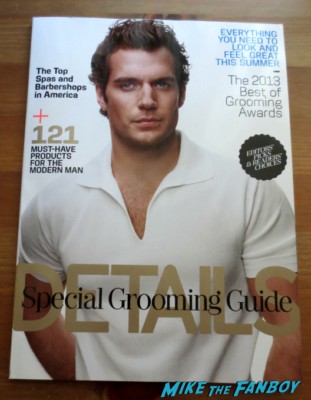