Justin headed to the New York Film Festival to check out the premiere of Her, the new film by Spike Jonze. There’s one thing about Spike Jonze films… They are always unique!

The cast of Her is pretty damn amazing, Olivia Wilde, Amy Adams, Rooney Mara, and Joaquin Phoenix. Not too shabby.

Check out Justin’s full recap below!

 In New York for the last few weeks it has been the New York Film Festival put on by Lincoln Center. I skipped all of the events except for the closing night film which was the world premiere of “Her” directed by Spike Jonze.

There were two showings one at 6 and one at 9. I was told by Lincoln Center that the red carpet would take place before the 6pm showing so I arrived about 4:30. They were just starting to set up the red carpet so it was obvious the carpet was being pushed back to before the 9pm showing.

I had seen on the Festival website that the cast and director would be at both showings so I decided to hang out and hope to catch them before the red carpet. Jim Jarmush director of the previous film shown in the theater emerged and was nice enough to sign for me. 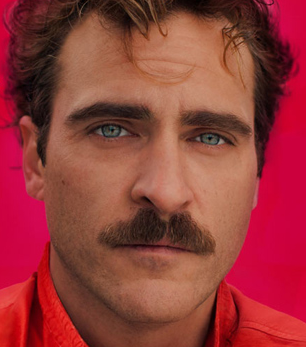 Shortly after the 6pm showing Spike emerged from the theater and was nice enough to sign and chat with the waiting crowd of about five people before walking to a restaurant across the street. I then discovered that Spike and the cast were dropped off behind the theater while I was waiting in the front.

I decided to take a rest room break before the barricade got set up for the red carpet and on my walk I had to go through an outdoor market and saw rock legend Alice Cooper shopping with his wife. I have seen Alice in concert twice and am a huge fan so I approached him. He was so nice and chatted with me about music as he signed. If only every musician was this nice. 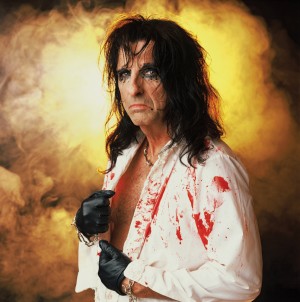 Fast forward until the red carpet. I was in prime position in the front row of the barricade and awaited the cast walking past. The film stars Joaquin Phoenix, Amy Adams, Olivia Wilde and Rooney Mara. Phoenix is normally tough and I have had many negative experiences with Amy so I was not sure how this would go. Phoenix skipped the interviews on the carpet and was hurrying towards the door. As he was about to step inside he changed his mind and came over to the barricade. He covered it signing literally for everyone. 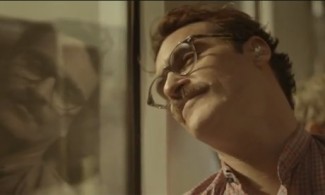 Spike Jonze walked in while Phoenix signed so I was glad I got him earlier.

Next was Rooney. Rooney is a class act and always makes time for the fans. Today was no exception. Amy finished the carpet next and did not glance towards the barricade once as she hurried inside. Oh well another bad experience.

Olivia Wilde was last to finish the carpet and the movie was about to start so I was unsure if she would come over. Luckily she did and even posed for pictures. She was even kind enough to walk halfway across the barricade to bring me back my Sharpie! Michael Stipe of REM also walked the carpet but walked back through the carpet and went in main entrance to the Theater. 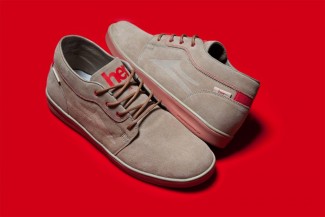