Home / NEWS / Hollywood Brawl! Mr. Incredible Fights With Batgirl As Waldo, Freddy and Chewbacca Save The Day! Welcome To Hollywood!

Mr. Incredible and Batgirl went for a tussle on the cold mean streets of Hollywood. It’s hard out there for a pimp, let alone a man dressed as Pixar’s Mr. Incredible. 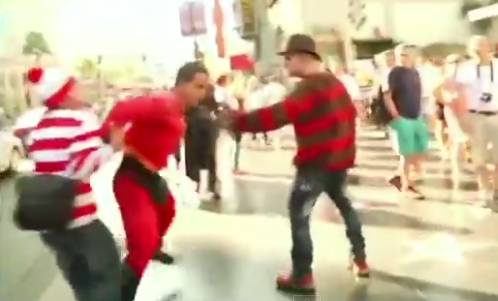 Tues a fight broke out between some of the costumed characters roaming the streets of Hollywood and it’s surreal to say the least.

Mr. Incredible and Batgirl had a literal brawl, thankfully, Chewbacca, Freddy and Waldo helped break up the tussle. 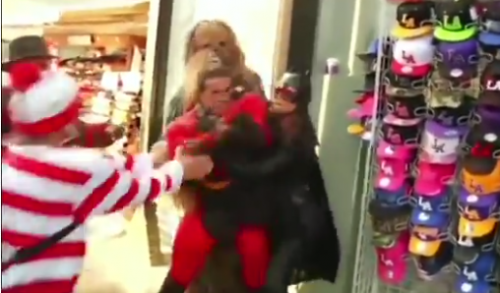 Councilman Mitch O’Farrell is intending on introducing regulatory measures for the costumed characters lining the streets hoping that some tourist wants to take a picture with them.

There were no specifics on the new measures, but we’ll have to wait and see what happens.