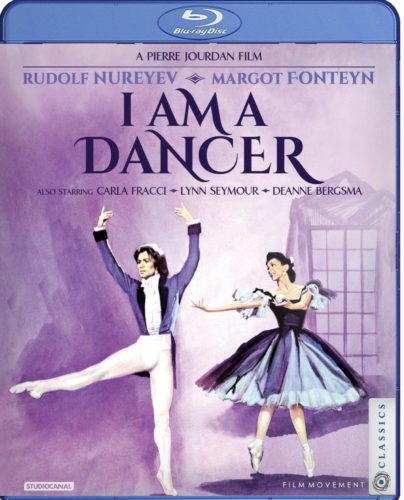 Ballet’s beautiful visuals and dazzling dances should sweep you off your feet. However, Golden Globe nominee “I Am A Dancer” maintains a disastrous environment creating a forgettable inauthentic film for those mildly amused with ballet staying complete out of step.

Rudolf Nureyev was arguably and is still considered a Top 3, if not Top 2, male ballet dancer of all time. After joining the Royal Danish Ballet and frequently performing with “muse” Margot Fonteyn, Nureyev became an international star for major ballet companies throughout the world in Europe, the United States and Australia. At the height of his popularity, Rudolf Nureyev’s dedication, determination and drive is documented with an intimate, profound portrait in Pierre Jourdan’s 1972 documentary “I Am A Dancer.” Including excerpts of classical ballets (“La Sylphide” and “The Sleeping Beauty”) and behind the scenes glimpses into Nureyev’s nuances, “I Am A Dancer” details the intense trainings and techniques of one of the greatest ballet dancers of his generation.

Although interesting and informative at times, Pierre Jourdan’s performance piece is nothing more than classical classroom rehearsals and practices annoyingly assembled with filmed footage of ballets drowned out by narration. The barre exercises exceptionally demonstrate  dancers dedication to their craft and the dressing room sequences solidify that commitment of what ballet professionals put their bodies through. However, beyond the remarkable rehearsals and romantic performances by Nureyev & company, “I Am A Dancer” lacks anything beyond superficial substance. Unless you’re obsessed with Rudolf Nureyev’s actual abilities and deem biographical aspects inconsequential, then you could find yourself slinking away in your chair dosing off quite rapidly with this dreary documentary. 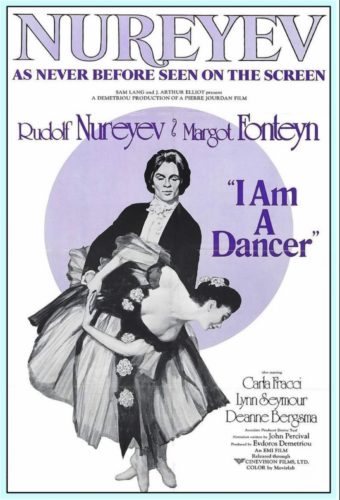 Unlike films such as “The Red Shoes,” “Center Stage,” and “Black Swan,” there’s no bond and intense relationship with the characters or movie. It lacks heart and is completely inauthentic. Even ballet-centric films like “Billy Elliot” and “The Turning Point” pounced on your emotions with the dazzling dance sequences and captivating lead male characters. Unfortunately, the film focuses too much on the actual dancing and nothing else. The never-ending narration starts to get on your nerves and in an almost comical way, it’s a miracle when you hear any sort of dialogue (or interaction) beyond cue or source music. Immediately as a viewer these fleeting film moments provide sighs of relief and break the monotony.

Whenever you mention Mikhail Baryshnikov, ballet fans and non-fans alike recognize him by name. His universal talent triumphed whether it was on stage or in film after becoming an Academy Award nominated actor. Baryshnikov brought presence and elicited excitement with every subtle movement humbly; whereas the cockiness Rudolf Nureyev oozed out throughout  demonstrates his constant narcissistic and egotistical tendencies. One of the most memorable moments occurs when Nureyev briskly brushes aside adoring fans with a long-stem rose after a performance refusing to interact with a cheerful crowd clamoring for pictures and autographs. For the first and last time in the movie, viewers see the only authentic aspect of Nureyev beyond his dancing in the final minutes of “I Am A Dancer.”

Dancing documentaries have come a long way in the past 50 years with “A Ballerina’s Tale” (the rise of Misty Copeland) and “Dancer” (about bad-boy ballerina Sergei Polunin) being two fascinating films to checkout with captivating crossover appeal. Unless you love ballet sequences, “I Am A Dancer” is best for those who appreciate the technical aspects of dancing. The North American Blu-ray debut does contain some special features like commentary by Terese Capucilli (Juilliard, Martha Graham) on Nureyev and Fonteyn and Skylar Brandt (American Ballet Theatre) on “I Am a Dancer.” Solid home video release once again from Film Movement Classics.

“I Am A Dancer” arrives on DVD and Blu-ray September 22nd  through Film Movement Classics.