I’m a huge fan of the Coen Brothers. Fargo alone is an amazing film and in lesser hands would never have worked. Go Bears! But if you add The Big Lebowski, Millers Crossing, etc… They are amazing.

Elisa has been looking forward to their new film Inside Llewyn Davis and had to head to the premiere. Was she lucky?

Inside Llewyn Davis. A film I’ve been waiting (impatiently, at best) to be released had a screening/premiere that I was FINALLY able to attend! Thanks to the New York Film Fest stand by line, after over 12 hours of waiting, much that wasn’t really necessary but hey, I was determined, I had a seat for for NY premiere of the Coen Brother’s new film. 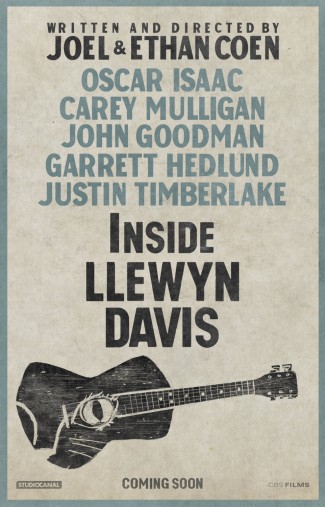 I am a HUGE fan of Oscar Isaac. I was able to meet him a couple times prior, during the Bourne Legacy Premiere, 10 Years promo, and randomly at a couple other premieres. This, however, was gonna be extra special. He’s the star of the film and getting incredible buzz. The film, and Oscar, received high praise from critics at Cannes and the film won the Grand Prix.

Back to the story, I had managed to start my ILD piece, as previously noted, at the VMA’s by having JT sign it. The day before the premiere, I was able to get Oscar, John Goodman, Ethan AND Joel Coen on the piece, as well! Meeting Oscar again was awesome. He’s such a nice guy and I was able to tell him how excited I was about the film and the upcoming benefit concert (more on that to come). He seemed genuinely happy that I was so into. 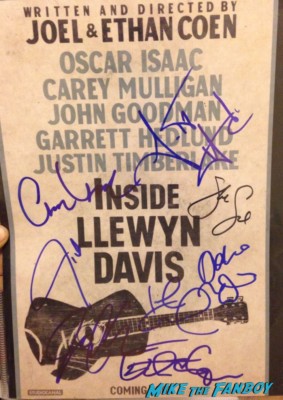 Anyway, fast forward. I’m at the premiere, watching the carpet. It was awesome. As we entered the theatre, the energy was great, heightened as we all waited to watch!

I can’t tell you how much I loved the film. Oscar Isaac’s portrayal of Llewyn Davis, NYC folk singer in the 60’s struggling to break out while staying true to his music, was utterly devastating; Just so raw and real. The conviction he sang with, exposing the soul of Llewyn…there are no words. Just please, go see the film. 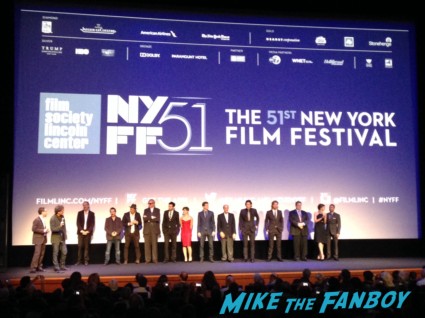 The supporting players were also fantastic. Carey Mulligan, who plays Llewyn’s best friend’s wife was so good, I forgot it was Carey Mulligan. John Goodman played the stranger who, along with Garrett Hedlund, his mostly silent driver, picks up a hitchhiking Davis. They are quite the duo, indeed. Timberlake plays Davis’ best friend who gets him work leading to the hilariously brilliant performance of “Please, Mr. Kennedy”, just one song from the film I anxiously await to be released.

And that leads me to the music. I’ve only been an occasional fan of folk music but both this film and the benefit concert, has made me want to get more into it. T-Bone Burnett & co did such an incredible job putting the music together for the film. The arrangements are so well done and I’ve been unable to get the soundtrack out of my head for days. The first single “Fare Thee Well (Dink’s Song)” is available now on iTunes. 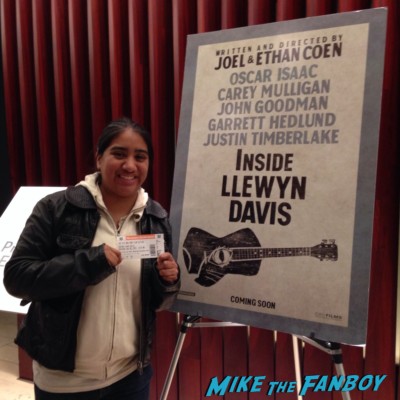 I managed to get my hands on the vinyl prior to the premiere and was able to get it signed by most of those who sing in the film.

Basically, It was an incredible evening of film. The Q&A with the Coen Brothers and T-Bone following the screening was a treat and I’m so thrilled I was able to attend. 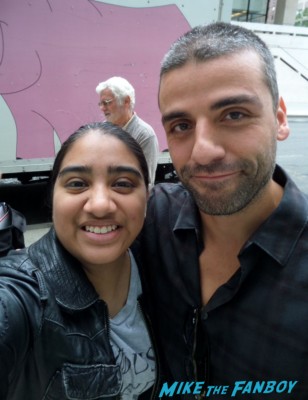 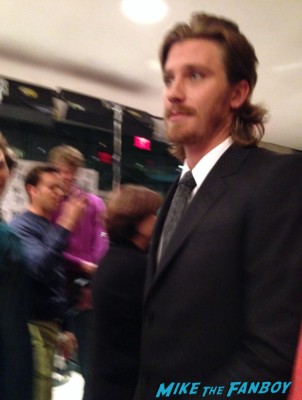 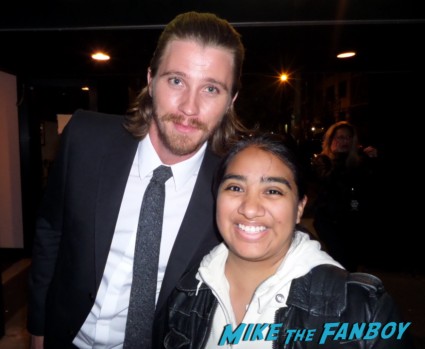 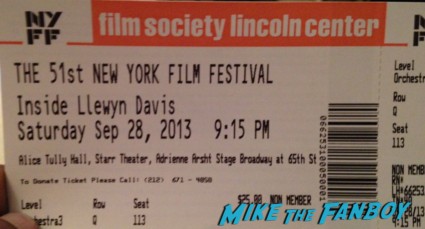 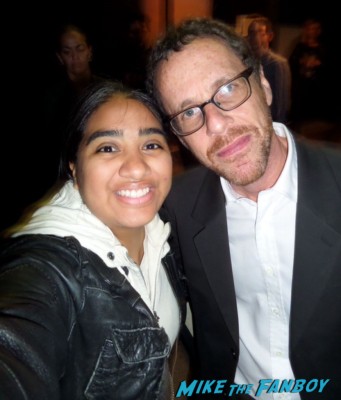