Oh London, you are dastardly.

It seems like the people who are impossible to get here… Cough… Michael Caine, over in London are jolly and kind. Anne Hathaway skipping down the carpet signing for everyone and posing for delightful and calm photos.

Hey, you know what, I’m happy for everyone there, cause here… It’s not like that. lol.

James got a brilliant photo with Anne Hathaway and scored with the Interstellar cast at the London premiere! 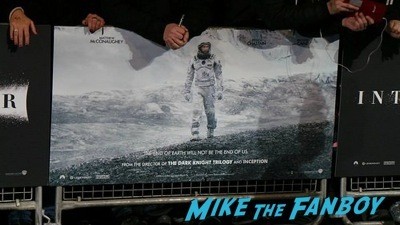 What can I say? October has been pretty awesome. I think I’ve been out more days than I haven’t, and I don’t think that has ever happened before. Anyways, the month was either going to end amazingly or disastrously when the announcement of the European premiere of Christopher Nolan‘s latest sure-to-be hit Interstellar. Christopher Nolan, Matthew McConaughey, Anne Hathaway and Jessica Chastain were all due to attend. I’d never met Matthew and, well, the less said about my luck with Anne the better.. I wasn’t hopeful for the best of evenings. It was going to be make of break time with Andrea Sachs!
  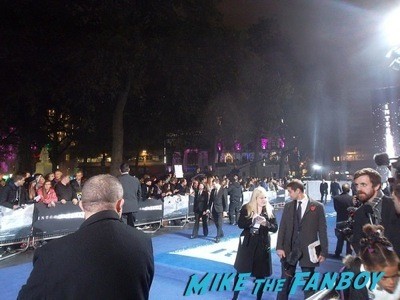 I arrived to find a rather empty Leicester Square – it had been raining earlier in the day, but I was really surprised by how small the crowd was. I met up with a few friends in a pretty nice spot on the carpet, and waited for arrivals to start. First to arrive was David Gyasi, who plays Romilly in the film. He happily came over and signed an index card for me.
 
  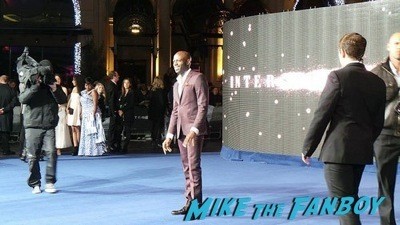 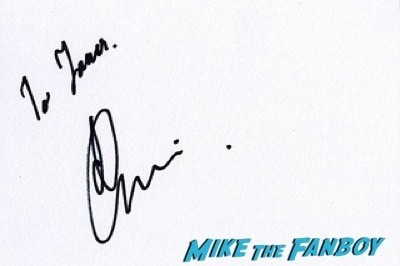 The next person to arrive was an absolute surprise, acting legend Michael Caine!! He’d not been announced as turning up, and I so wish I had brought my Italian Job DVD sleeve (or one of the many Michael Caine DVDs I have). He posed for photographers and then came over and started signing. Wow! He wasn’t the most talkative of people, but he signed my autograph book for me. So cool! I’m very rarely starstruck, but I definitely was a little bit right then. Whatever happened now for the rest of the premiere, I was going home happy!
 
  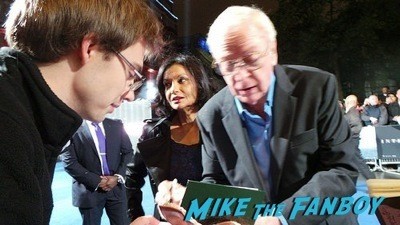 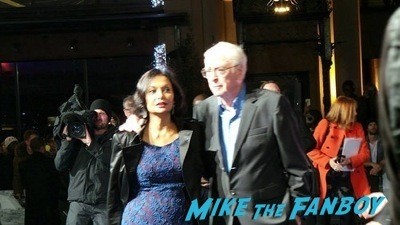 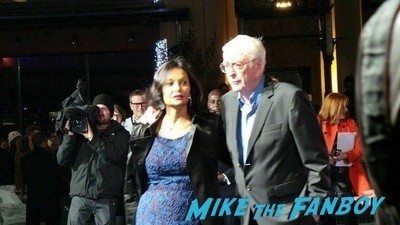 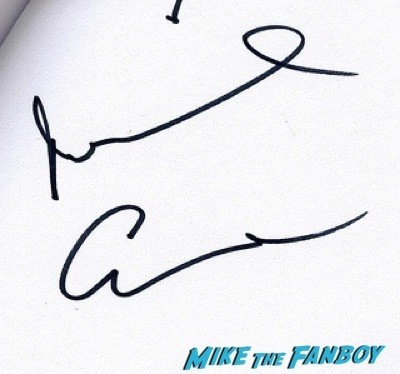  
 
Michael was followed by the lovely Jessica Chastain. The star of Zero Dark Thirty and The Help posed for photos before coming straight over to sign. She was just as lovely as she had been at the premiere of Salome last month, and kindly signed a photo from The Help for me. She posed for a photo with me too. I wanted to meet Jessica for ages, and now have twice in a month!
 
  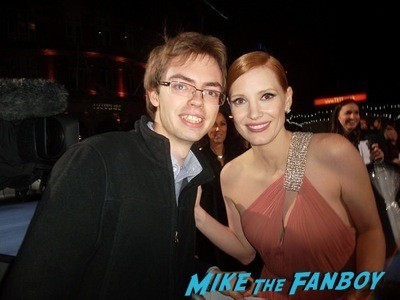 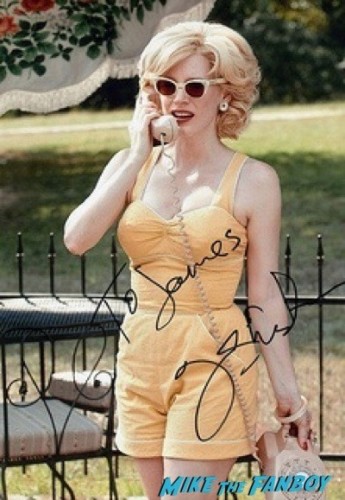 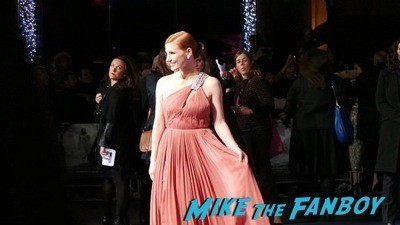  
Jessica was followed by the person I had come to meet, the star of one of my favourite films The Devil Wears Prada, the awesome Anne Hathaway. My luck when it comes to meeting Anne is non-existent. This is the fourth event I’ve been to over the last five years to try and meet Anne, and so far I’d gone home disappointed each time. I really hoped this would be fourth time lucky. She arrived, posed for photographers and started signing on the other side of the carpet (the blurry person in grey in this photo).
  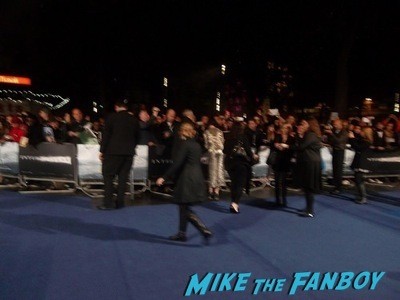 She carried along signing, getting further and further away… and then after what felt like an eternity turned around and came over to our side! She started signing, and I definitely started blabbing utter nonsense about how this was the fourth time I’d tried to meet her at a red carpet and that I was so excited she’d come over. Rather than run away from the crazy person, she was really sweet and signed and dedicated my Devil Wears Prada photo with a lovely autograph.
  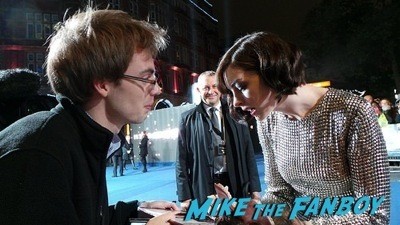 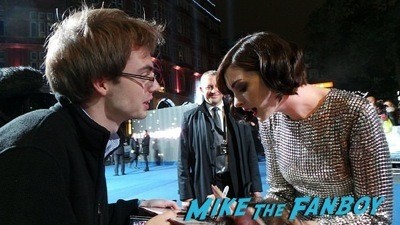 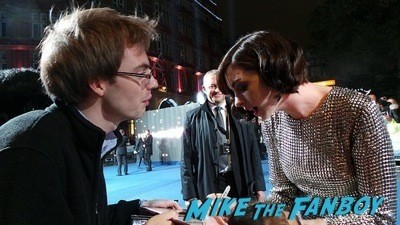 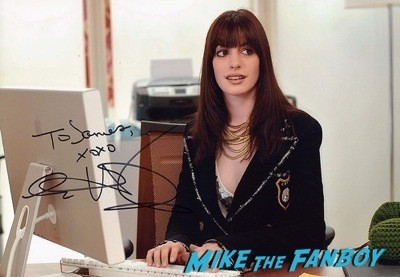  
 
 
I then asked her if she’d pose for a quick photo with me, expecting her to say no. But…..cue the happiest person in all of London.
  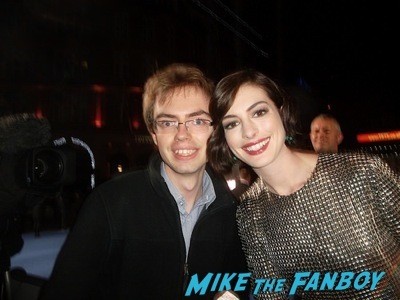 I still can’t believe it! So happy! I was probably more excited than I should’ve been to visit the home of Elias Clarke and Runway in NYC last month, and at that point I never ever expected this to happen.
Next to arrive was Twilight actress Mackenzie Foy. She too came over to sign, and signed an index card for me and posed for a photo too.
  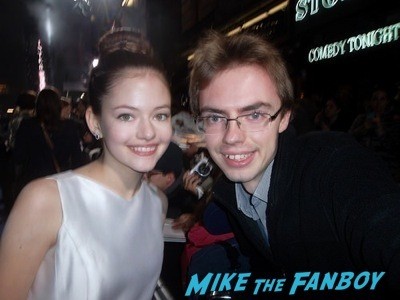 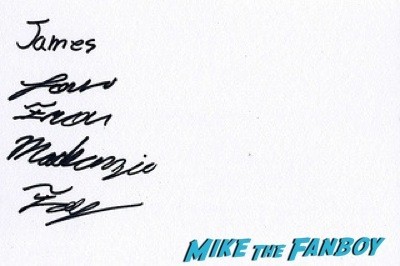  
She was followed by the film’s main star, Matthew McConaughy! He signed for a few people by where the cars dropped guests off before posing for the photographers. He was then joined by Anne and Jessica for some group photos.
 
  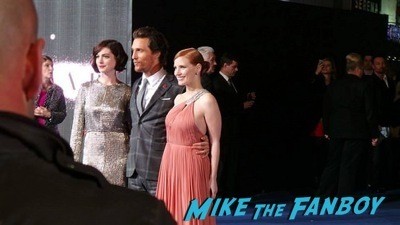 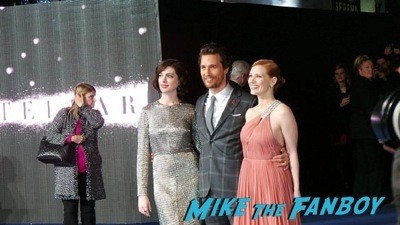 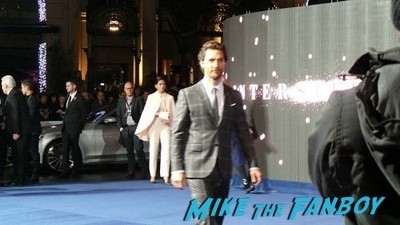  
Once he was done posing, he started signing away on the other side of the carpet before coming over to our side. The Dallas Buyers Club star was being quite quick, refusing to pose for photos as he had “to keep walking”. Despite the fact he stopped walking to sign autographs. Hmm… Anyways, he signed my autograph book for me.
  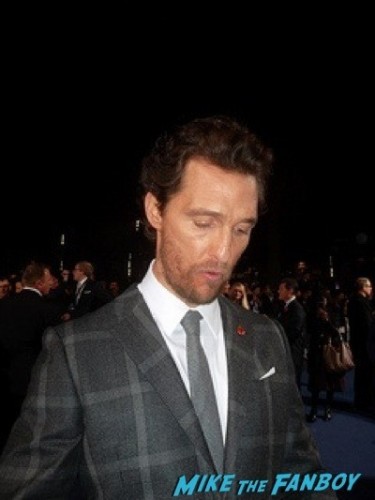 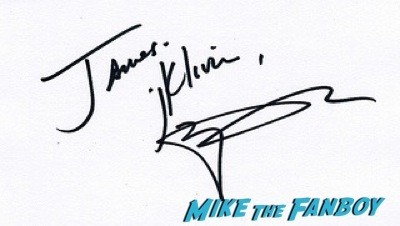  
Director Christopher Nolan was the last of the cast and crew to arrive. He signed maybe 10 autographs before going off to do press interviews. I think he signed some more further down the carpet, but not many. I’ve already met Christopher at the BAFTAs back in 2011 where he was actually really friendly, so I wasn’t too worried about missing him.

Then, out of the blue turned up Queen guitarist and all-round music legend, Brian May!! Brian came over to sign a couple of autographs, including an index card for me. He also posed for a photo with me. It’s not everyday that there’s a chance to meet such an iconic musician like Brian.
  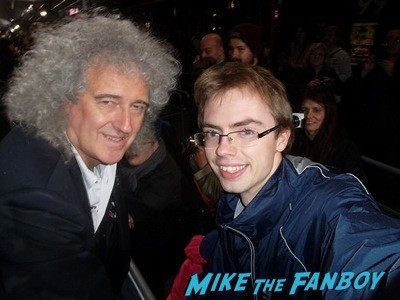 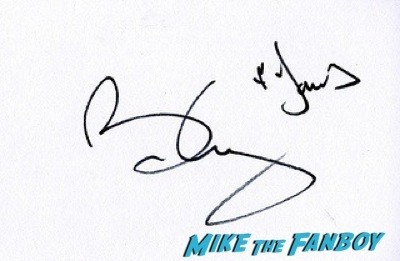  
His wife, former Eastenders actress Anita Dobson, was with him and she signed an index card and posed for a photo with me too.
  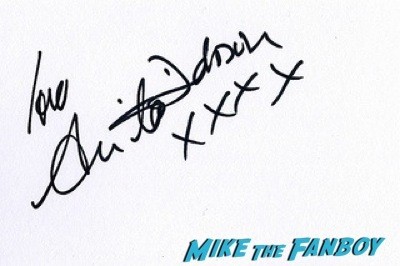 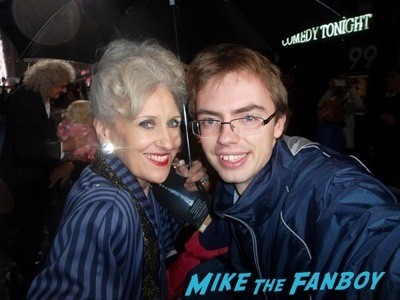  
And that was that. With the exception of Christopher Nolan, it was a 100% successful evening. I still can’t believe I finally met Anne, and that she was so nice. 2014’s certainly been kind to me!
Now roll on the Hunger Games in a couple of weeks…