Home / NEWS • Weeds / It’s Official! Weeds Will End It’s Run After Season 8! So Long Nancy Botwin! You Will Be Missed!

Well, it’s official, Showtime has said that this will be the final season of Weeds. Now, I’m all for ending a show on a “high” sort of speak so pardon the pun. I think it’s great that the creators can take a second and give the show a proper ending. It deserves it!

When Weeds premiered it helped put Showtime on the map in terms of edgy creative programming. Along with Dexter, it ushered in a whole new era of anti-heroes that continues to thrive.

Mary Louise Parker was nominated for outstanding lead actress in a comedy series three times for her work as Nancy Botwin and Elizabeth Perkins also earned an additional three nominations for her work as Celia Hodes.

I for one will miss the crazy adventures of the Botwin clan and bid them a fond Mike The Fanboy farewell. 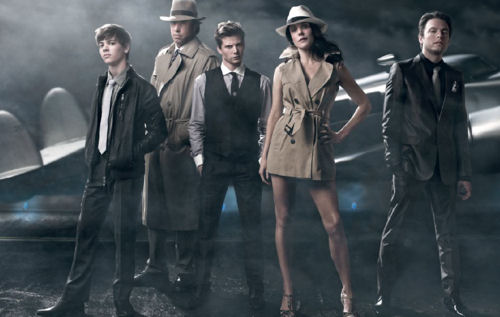