How much do we all love Jeff Bridges?

I mean, the man is awesome! I’ve been a fan forever and with all of his films, it’s really hard to pick which ones are my favorites, Tron, The Big Lebowski, True Grit, Crazy Heart, I mean the man has been in everything!

Jeff was doing a talk show appearance and Ace and I headed down. We saw Scotty and ignored Chris because he’s evil.

I didn’t put too much time into this event because it was a hyper busy day but figured I could still make it down.

Then security closed the big giant gate of death. Sigh. We weren’t here on the way in, Chris was, but since he’s evil I didn’t ask him what happened.

People yell out suddenly, there’s feet, we can see feet.

Security moves the giant gate and Jeff comes over. He starts signing, crazy enough, Jeff Bridges is personalizing everything. Now, Jeff Bridges is a cool guy, but I’ve never seen him do that before. He’s being really selective. 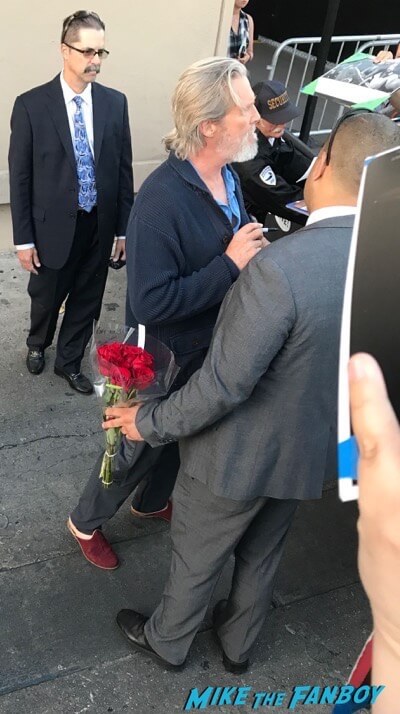 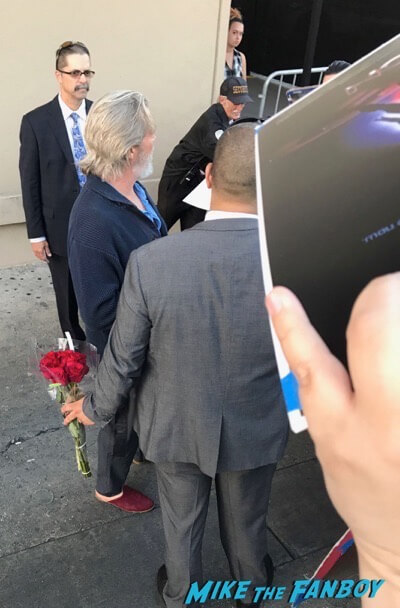 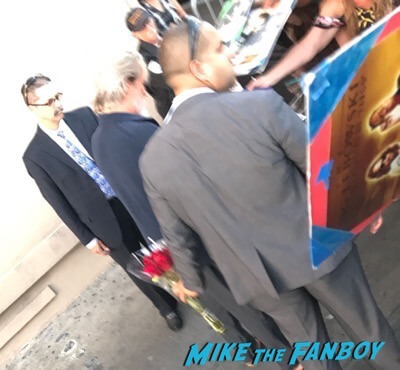 He did sign my The Last Picture Show poster, and it looks great. Such a classic Americana poster and film. It looks great autographed. 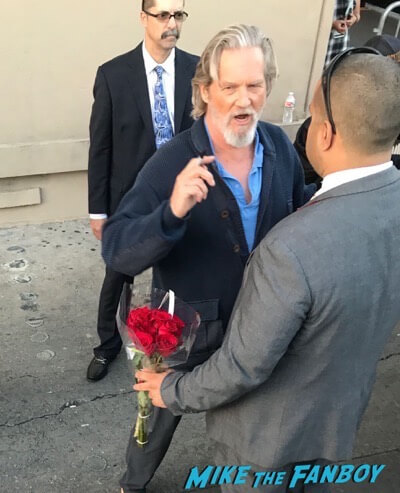 Then Jeff Bridges moved around a bit signing autographs for people on the side, but again, being very selective.

Some people didn’t get anything, I was happy with my one! It was a fun afternoon! Woo to the hoo! 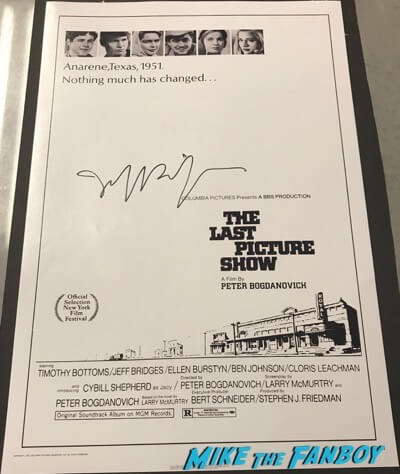