Who doesn’t love Once Upon A Time? It’s one of the most fun shows on television. The complete third season is hitting shelves soon and to celebrate Jennifer Morrison did a great q and a!

Once Upon a Time the complete third season comes out tomorrow on DVD and Blu-Ray!

Q: Do you think one day Emma and evil queen Regina [Lana Parrilla] will find a way to get along?

A: Maybe in real life that would be possible but with a television show there wouldn’t be much drama if they got along. So much of television is based on conflict, resolving things and coming together, and it all goes in cycles. To keep intrigue going and to keep people tuning in to see what’s going on I think we’re always going to be in cycles of conflict together. 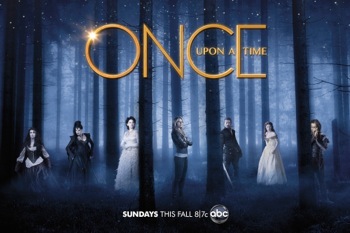 Q: What did you most enjoy about making the third season?

A: Selfishly my favorite part of season three was doing the last two episodes because they were both basically about Emma going on this great adventure. It was really fun. Emma had never been in Fairy Tale Land [aka The Enchanted Forest] before so for her to be there, to see her parents back in time meeting and falling in love, plus all of the journeys and adventures that I got to go on in those two episodes was really fun. Also to wear the gowns and the capes and be a part of that world that Emma had never been a part of before was definitely a fun adventure for me. I’m looking forward to seeing what’s in store for her when we start filming season four [in July].

Q: What’s been your most memorable on-set blooper?

Q: So no wardrobe malfunctions in the Fairy Tale Land costumes?

A: [Laughs] Not so far, no, but then I’ve only worn them in two episodes and everything went well.

Q: You directed a short film called Warning Labels. Would you now like to direct an episode of Once Upon A Time?

A: I would love to direct an episode [laughs] but I don’t think they’d let me. It’s usually something that’s contractual; it would need to be in my contract and it’s not, but who knows what the future holds? Maybe if they see the short film and they like it they’ll change their minds. But I definitely will be doing more directing, whether it’s on Once Upon A Time or not.

Q: In the show, your character is grounded in reality, but it must be getting harder for her to stay grounded as the storylines progress. How do you see that evolving on the next season?

A: I don’t know anything about season four yet. I wish I did. [Laughs] I’ve been begging for information and they’re being very secretive so I’m honestly not withholding any information. But I’ve always seen Emma as her own person and also she’s a little bit like the representation of the audience. When people first began watching the show there was no reason to believe in all these crazy things we were proposing so Emma didn’t believe, along with the audience not believing. As Emma started to be convinced and to fall for the truth of this storytelling, then the audience fell for it with her. It needed to happen in season one that she broke the curse, otherwise people would start to get frustrated at her not believing – because she had too much proof that these things were real. She obviously has to deal with the fact that she’s the product of true love and she’s the child of Prince Charming [Josh Dallas] and there’s magic inside her that she doesn’t understand or know how to deal with. That keeps her grounded in a sense. 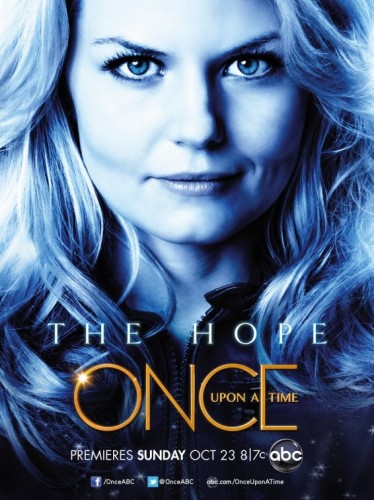 Q: Do the themes of the show resonate with real life for you?

A: There are parts of ourselves that we don’t understand in real life so it’s a metaphor for me. It’s a metaphor when I’m finding ways to connect with that part of the character. I may be talking about magic but maybe internally I’ll be thinking about love or vulnerability or taking certain risks that I don’t feel comfortable taking in my own life. So I assign the stakes of my own life to the stakes Emma would feel. I try to treat it the way you would if someone just walked up to you and said ‘By the way, you have magic’. I try to assess it as if someone was saying that to me. Near the end of season three, where I start to realize the wicked witch is in town, I’m like: ‘She’s real too? Good lord! What’s going on?’ I think the writers do a really good job of continually bringing Emma back to that place of everything being new and surprising to her. It was fun at the end of season three because there were some pop-culture references where Emma gets to be the one in the know and everyone else is going: ‘Who’s Princess Leah? Who’s Han Solo? Who’s Marty McFly?’ Emma’s the one who has the references and everyone else is confused, as opposed to Emma being confused and everyone else being in the know.

Q: Why do you think there’s such a fascination with fairy tales these days?

A: I think it’s a representation of what’s going on in the world. We’re in a time where information is accessible to everyone so nothing is a secret. We have the Internet, we have news everywhere, everybody knows every single thing that’s going on in the world at all times, and that’s not always been the case. No atrocity is a secret nor is any horrible crisis. We also just went through an economic crisis in most countries in the world and people are dealing with that, plus they’re dealing with personal illnesses, they’re dealing with wars in certain countries, there are all sorts of adversities and obstacles to overcome, and based on that everyone is searching for a place to have hope. The underlying message of fairy tales is that you’re searching for yourself, you have obstacles to overcome, there are journeys you need to take to find out who you really are, but when you overcome those obstacles you hope that life will be good. When we’re facing a lot of obstacles and we’re aware of the whole world facing obstacles maybe we’re all secretly searching for that kind of hope. So maybe Maleficent doing well and Once Upon A Time doing well is not just because there’s something comforting and nostalgic that we remember from our childhoods, it’s because there are underlying metaphors and subconscious meanings that are resonating with people right now.

Q: Do you have any input into the storylines on Once Upon A Time?

A: This is entirely the creation of the showrunners and writers Edward Kitsis and Adam Horowitz. There are little details occasionally that come up – things like the fact young Emma wears a key around her neck, which is something I found in a bunch of memoirs I read about kids who grew up in the foster program. Depending on which home they were in, they often have a key round their neck and a box of stuff they travel with. I found several consistencies of behavior in the memoirs I read so there are little details in there like that. And when I gave Neil [Michael Raymond-James] the necklace back – when I tore off the necklace he’d given me – it wasn’t originally in the script that it would come up again. So yeah, there are tiny details, not specific plot points.

Q: What do you think about fans revealing plot points and spoilers on social media?

A: I don’t know what to think about that. I miss a sense of mystery in the industry, for sure. There’s something wonderfully magical about keeping some mystery to things and that applies to people’s personal lives and professional lives as well as plotlines. There’s something that’s been lost a little bit without the ability to maintain the mystery. I don’t know what to think about spoilers and things like that because obviously you want people to be excited when they watch in the moment and we’re thrilled that people watch the show when it airs and then start talking about it. But at the same time that might be spoiling the plot for someone who hasn’t seen the episode yet, or for a country where it hasn’t aired. It’s a weird balance. There are good things about it and bad things about it.

Q: Emma has a lot of fears, but what scares you in real life?

A: I have a lot of trouble flying, which is crazy because I spend a lot of my time on planes. I had a crazy flight a few years ago that made me a little phobic about flying, but I force myself to deal with it every time I get on a plane.

I really value my time with my family and friends, especially since I have to be away working so much, so I guess I’m also fearful of there ever being a time where I’d have to be separated from family and friends such as, god forbid, a parent dying. I know eventually it’s a reality we all have to face but that would be at the very top of my list of things I’m terrified of. 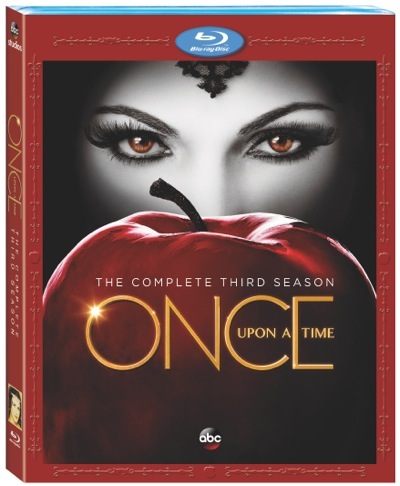