Tonight I headed out to try and meet The Big Lebowski star John Turturro. I’ve been a fan of his for a long time. His work with the Coen Brothers has been nothing short of incredible. I mean besides The Big Lebowski, there’s Miller’s Crossing, O’Brother, Where Art Thou, etc… I mean Barton Fink alone.

John Turturro was doing a q and a for the film My Mother, and I headed down to the depths of Santa Monica. Ugh… Totally across town.

He was doing an intro before the film and I had no idea what to expect as to a time to be there. I tried to get there really early but traffic decided that wasn’t so.

I finally made it, parked and as I was walking up to the theater a black SUV pulled up and John Turturro was inside. I really couldn’t have planned that any better if I tried.

John Turturro got out and since there was only one other collector there it was really calm. John Turturro came right on over and was very cordial. Not too talkative but very nice. He signed my Big Lebowski mini poster, my Miller’s Crossing screening program and my O’Brother, Where Art Thou mini poster as well. 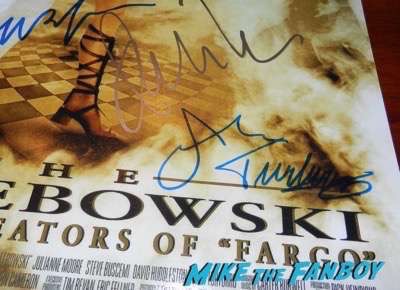 We thanked him and he headed off to the small carpet that was set up for the premiere. 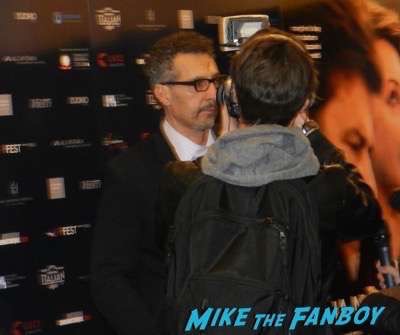 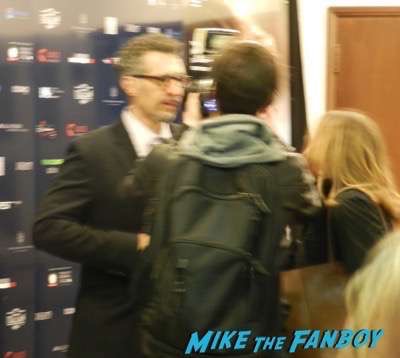 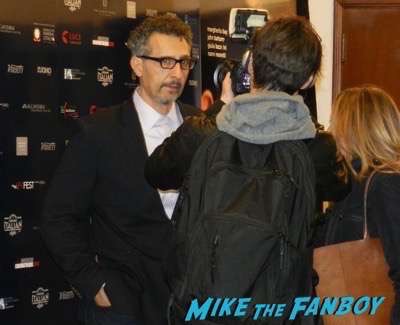 I was literally there for less than five minutes before I headed home and sat in traffic for an hour.

It was a super fast and successful night! 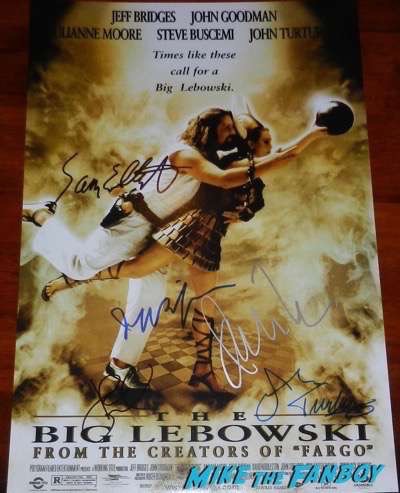 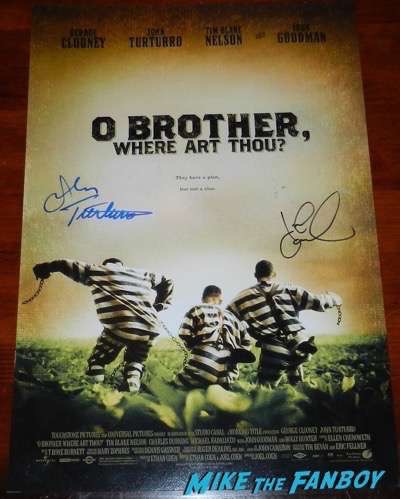 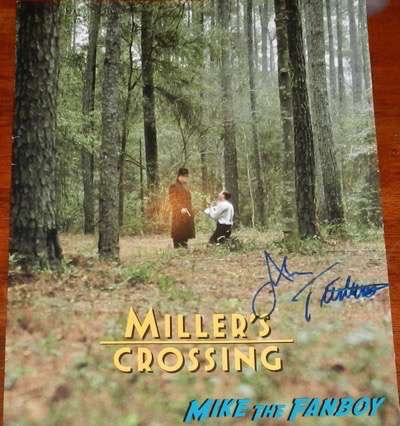