I’m going to admit something, I’m a sucker for a straight to DVD horror film. I love people doing stupid things, I love when they run up the stairs instead of down, I love the gratuitious shots of teenagers getting killed while having sex, it’s an eye rolling kick. Horror films are a mixed bag, if I jump a couple times… I’m good. I don’t expect much else. I like the scares not the gore. Just me. 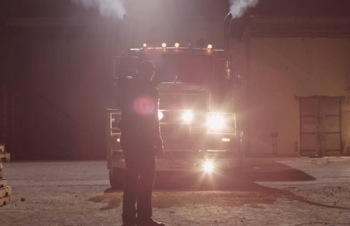 So when I say Joy Ride 3: Roadkill on blu-ray I said to myself… Yep, that’s one to watch. Rusty Nail is back kids, and just as irratated as the first time he saw Paul Walker. Joy Ride 3:Roadkill starts out wonderfully with a pair of ill fated lovers smoking some dimestore crack, and I only say dimestore, because, really where else would these hooligans have gotten their crack? The crack runs out and they put out a message to the truckers of the world who apparently have crack everywhere. That ends just like you would expect. With the two junkies holding onto the sides of a truck waiting for their imminent death. 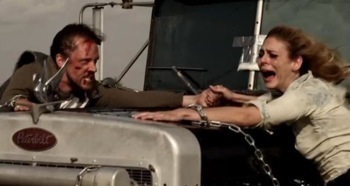 Where do we go from the crack smokers… Oh… The glory. The main plot has a bunch of soap opera hotties heading to a road rally of sorts. People get slashed, they get murdered, pretty much when you see a character introduced, you’re just waiting to see how they are going to get offed. There’s enough nudity to keep people interested and enough gore as well. 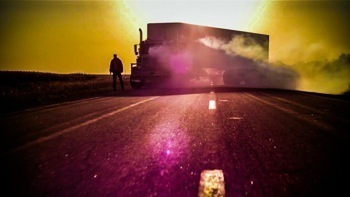 If you don’t love the idea of kids getting hacked to bits by a giant truck driver named Rusty Nail, I don’t know if Joy Ride 3: Roadkill is for you. As a horror thriller, I would have liked a little more plot to go with my killing, but really, let’s be honest. It’s Joy Ride 3, you only watch Joy Ride 3 for the killing. And in that respect, it’s not half bad. The low budget leanings actually work to the films advantage. It makes the killings a little more fun and gives them a little more edge. 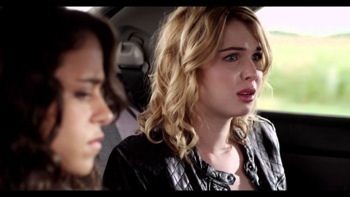 Joy Ride 3: Roadkill hits blu-ray with a pretty decent high definition transfer. The colors are sharp and crisp and darker blacks are rich. The details are also sharp especially in the lighter scenes.

There are a few notable special features including Riding Shotgun with Declan: Director’s Die-Aries which is a short featurette with the director, Road Rage: The Blood, Sweat and Gears of Joy Ride 3 which is an 11 minute making of doc, a few deleted scenes, Finding Large Marge a three minute featurette on one of the character actresses in the film, director’s commentary and a Pre-Vis Sequence which shows a scene without the visual effects. 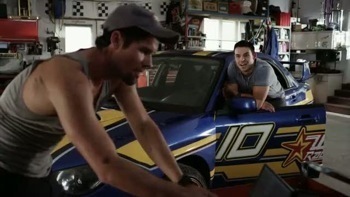 Overall, while I wouldn’t rank Joy Ride 3: Roadkill on the list of the all time greatest thrillers, it’s not a bad film if you like horror thrillers. If you do, then you pretty much know what you’re going to get going in. All I have to say is, if a stranger in a diner says, “don’t take slaughter ally to Canada” people… Just listen!

Joy Ride 3: Roadkill is out now on blu-ray. 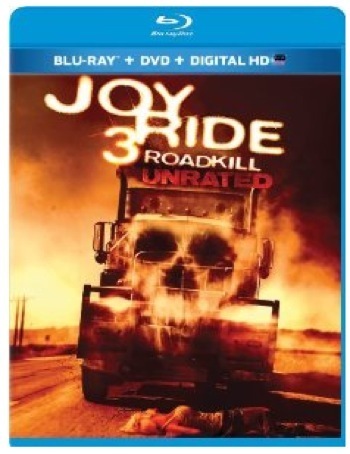