I love hearing about people’s experiences, whether it’s a book signing or an in-person event. Wayne has done a great job of recapping his meeting with Kareem Abdul-Jabar at his recent book signing in Los Angeles.

Even Ace had a cameo!

Check out Wayne’s recap below!

On Tuesday, December 5th, I went with my buddies Robert & Michael to the Barnes & Noble Grove for a book signing with Kareem Abdul-Jabar. I had never met Kareem before, but I had heard he wasn’t one to grant autographs or photo ops if you ever encountered him….so this was special to attend because not only was he signing his new books but he was doing a photo op as well 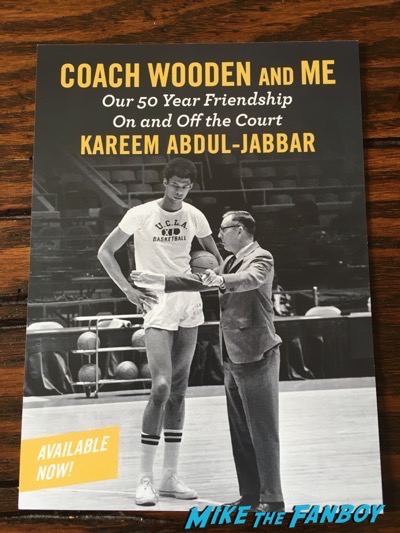 Before we went into the book store – we walked around the Grove and saw the Mayor of Los Angeles Eric Garcetti. Since I never met him before, I needed my photo op. He was with his wife and kid. His wife was carrying the kid and the mayor was carrying her purse. When I asked him for the photo op he said sure but he did put the purse down. I told him that he was friends with my cousin who lives in New Jersey, he asked who and when I told him he got a big grin and whipped out his phone so he could take a selfie of us to send my cousin. I liked this human touch of our mayor 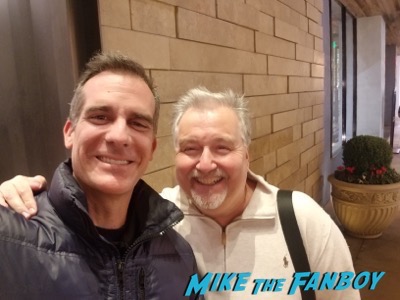 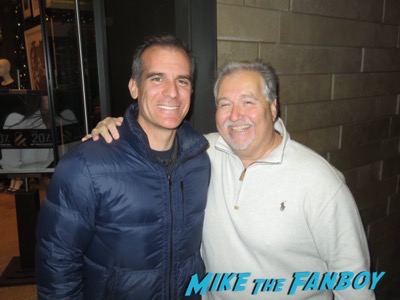 Once we were in line for the book signing we ran into Ace and his girlfriend and hung out with them while we waited for Kareem who was running late due to traffic. Welcome to LA.

When it was my turn I saw on the table that there were postcards of each of the books he was selling – I grabbed one and asked him to sign it which surprisingly he did. 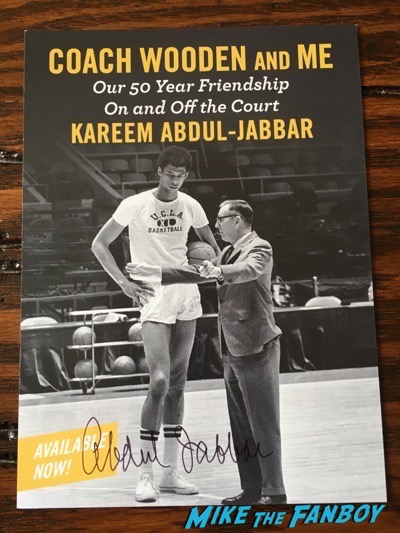 He had a handler with him, a lady who if you posed a certain way she was going to be in the photo which I didn’t realize until after my photo op. I usually hate lean over photos , but in this case I was happy with the outcome except for the lady in the middle 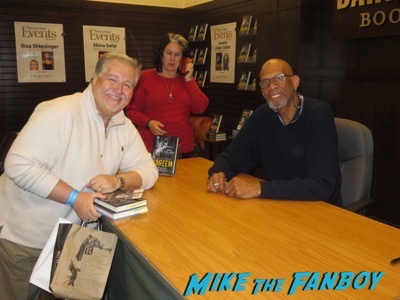 I went on Facebook and asked if any of my friends were good with photoshop and could edit something out….Ace contacted me and took care of the lady. 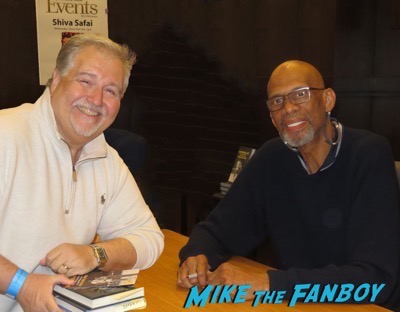 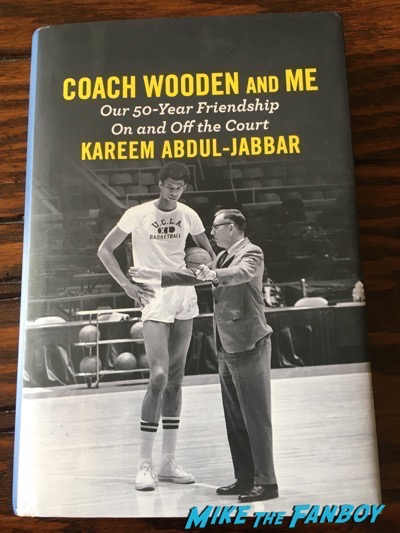 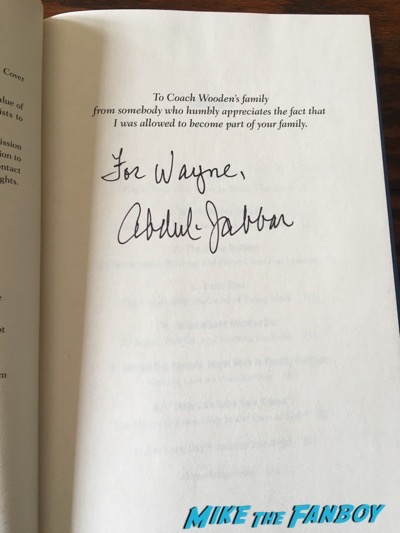 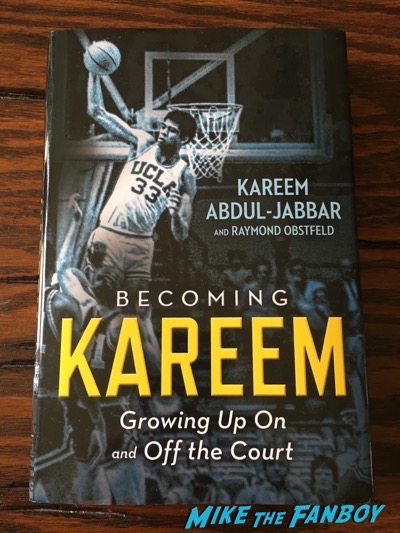 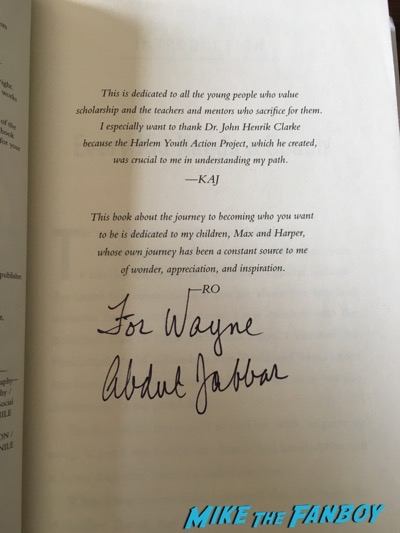