A long time ago, we used to be friends…

How can you not love Kristen Bell… She’s amazing. Sadly, I wasn’t able to head down to Los Angeles today, but judging from Paul’s recap she was super nice!

Now I had the chance to work with Kristen years ago on the set of Veronica Mars as an extra and our paths haven’t crossed since… but today was different!

First, I was going to catch up with everyone before comic con chaos began at a certain talk show, shocked that nobody from the mtf crew was there. I know Mike loves Kristen bell so I was really shocked not to see him.

(Editor’s Note: Sorry, I was in meetings all day. Doh! I do love me some Kristen Bell! M-)

Well Dave Franco was also there and waved upon entrance as did Mrs. Bell.

Anyways no barricades are placed and people are in a clusterfuck as usual. Suddenly Kristen Bell  comes out and walks over to the 70 people who have magically appeared! (mostly tourists who’s that I want a photo with her who ever she is) 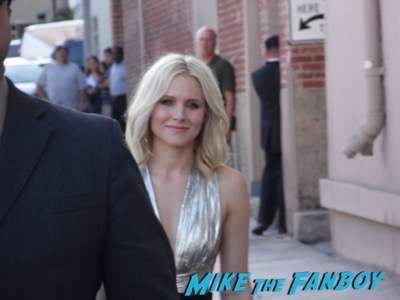 I received two autographs from her and fan Greg behaved and moved aside so I could get a photo. 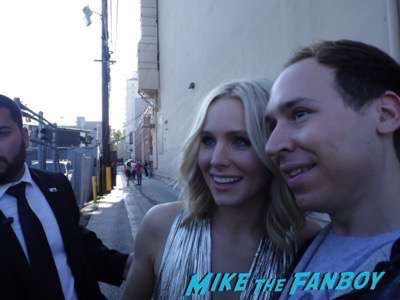 I told her the story about Veronica Mars and she was rather cool and wished her a happy birthday as she proceeded to sign and take photos with everyone! 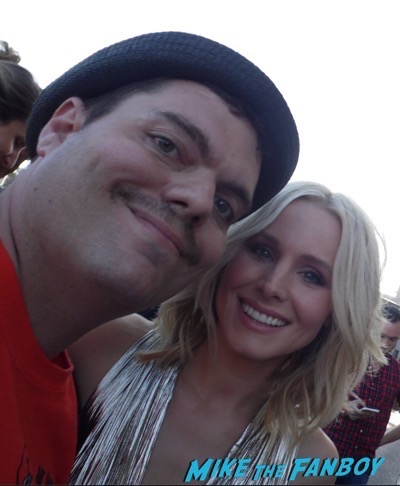 Then Dave came out and was stern about 1 autograph each and everyone had to use a separate pen. 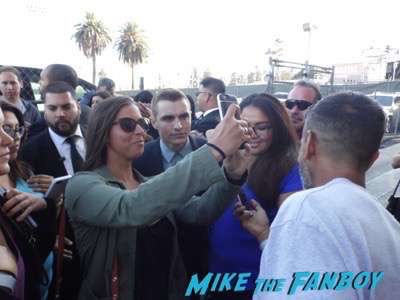 He was ok not very personable but it was a good day!