The LAPD Celebrity Golf Tournament is back again this year.

For anyone out of town, the Los Angeles Police-Celebrity Golf Tournament is an event that brings the sports and entertainment community to raise money to benefit the Los Angeles Police Memorial Foundation. The event has taken place for 44 years and has brought financial assistance to department employees who experience unforeseen catastrophic circumstances. It has been a wonderful support system for those in Los Angeles law enforcement that are in need. 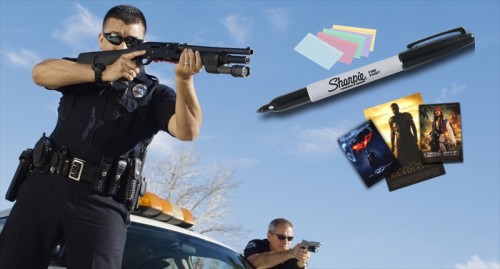 After an abysmal attendance and celebrity turn out last year, the LAPD memorial foundation is back with another go around.

Event promoters and memorial foundation leaders are back again with a limited autograph policy. 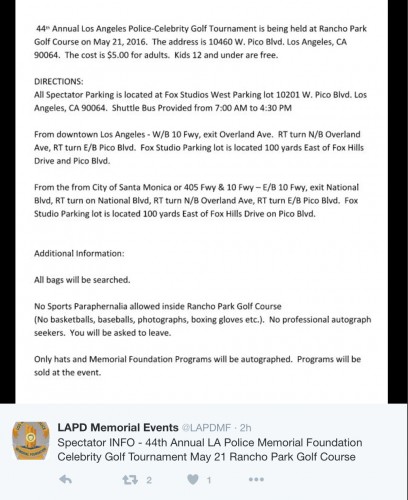 For over 40 years, the golf tournament was a wonderful event that brought fans, celebrities, and law enforcement together for a decent cause.

However, recent national stigma pertaining law enforcement hit their attendance with a low 2015 turn out.

Last year, I attended the golf tournament. It was an annual event for my family and friends. There was no mention on their new policy before attending the event on their websites or numerous social network outlets. For years, we had brought posters and other collection pieces for our favorite celebrities to sign.

In 2014, the Brookside golf course was packed with fans attempting to meet their favorite star with the possibility of getting an autograph. Law enforcement  was even in on the action. Some asked for themselves and other family members. Some would ask if you had an extra photo or poster that you were willing to spare. I know several law-enforcement officers that have my extra Carl Weathers and Danny Trejo photos somewhere in Los Angeles. It was something enjoyable for the family.

Fast-forward one year. Event security at every location grabbing your photos, posters, toys, scraps of paper, cramming an ultimatum down your throat that you either had to leave or put all your bags/possessions in your car. 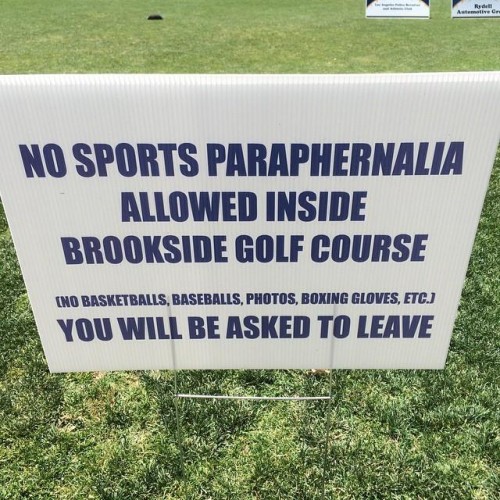 When they searched, they did not ask you or even attempt to explain what they were doing. They grabbed your bag, book, purses, and started yelling at you. One event leader grabbed the scraps of paper that were in my front shirt pocket claiming, I either had to walk back to the car or leave.

I had to walk back to my car four times because the paper index cards I had in my hand were too “professional” to be near a celebrity. For anyone who doesn’t know what an index card is, it’s a piece of paper about 3×5 in size. Every-time I walked back, they found a new reason to send me to the car. It turned into a nightmare quickly when friends asked event leaders the reason for the new tournament policy. Tournament leaders found it as a perfect opportunity to verbally beat down and berate attending recipients.

Celebrities would attempt to sign photos and event leaders would run up to snatch items out of attendee’s hands without any notice. Celebrity guest Emilio Rivera attempted to sign one young woman’s photo until tournament security flipped out. Rivera nicely explained he has no issues with signing the item. However, they made her an example by sending her packing.

Let’s get real. The guests at the last few golf tournaments have stretched the word “celebrity” in LAPD Celebrity Golf Tournament. 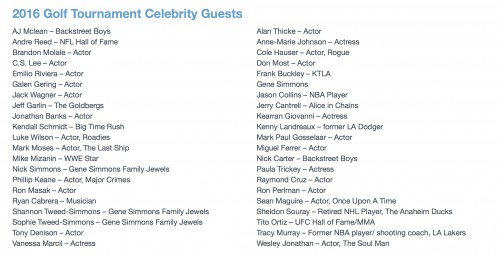 Check out the list for this year, and let me remind you that a good 25%-40% will not show up if last year was any indicator.

Let me be honest for a moment. For several years, I brought photos to get signed at this event. I am guilty of this. It was a fun event that I looked forward to get smaller or retired “celebrity” players. Last year, left me nothing but bitter.

Crowds of people are not camping overnight to attend this event. The fact that drones were used to monitor last year’s event should be a sign to re-evaluate priorities.

Jack Nicholson, a past supporter of the LAPD golf tournament, has not participated in several years. He was the last regular celebrity attendee who deserved the title of “celebrity.”

And even Jack signed autographs… 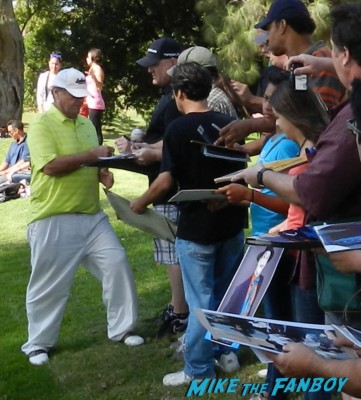 The interesting thing is, in years past they even had an “autograph booth” where you could go and bring things to get signed for free from some of the stars. Now, it seems like autograph seekers are lower than O.J. Simpson holding a bloody glove. Perhaps the LAPD should worry about their officers behavior in the field rather than a fan with a black sharpie.

I write this article with hopes that this reaches some fan/attendee, that has hopes to get their signed collection items (or index cards), with a discouraging halt. Save yourself the trouble, the hassle, and the verbal degradation that you will face.

So when event leaders flip out this year because Kendall Schmidt or Frank Buckley is signing your scrap of paper, don’t say I didn’t warn you.

Maybe it won’t happen… but I highly doubt it…