Home / Directors • Interviews • Q and A / Luc Besson Interview & Q and A For The Extraordinary Adventures of Adèle Blanc-Sec! Director Awesomeness!

Luc Besson has been one of my favorite directors for some time. The way he can create unique and interesting worlds is unparalleled. His newest film, THE EXTRAORDINARY ADVENTURES OF ADELE BLANC-SEC has dropped on DVD and Blu-Ray.

Make sure and check out our review here!

to celebrate the release we have a great quick interview with Luc Besson himself!

On meeting Jacques Tardi on whose books THE EXTRAORDINARY ADVENTURES OF ADELE BLANC-SEC is based on:

It’s a long story. I first fell in love with his heroine, Adèle, about ten years ago. I tried to contact Tardi, but unfortunately he had agreed to do Adèle with another director. At the time, I was a bit saddened, but pleased that he had chosen a “great” director and wished him the best of luck. I waited impatiently to see the movie, which never came out. After three or four years, I called Tardi back and he told me he’d fallen out with that particular director and filmmakers in general. He rejected the whole idea of a movie adaptation. I had to convince him to reconsider. We met several times. We needed to reassure him, prove our credentials and wait another year to buy back the rights that his agent had sold to someone else. After six years of waiting and negotiating, Tardi finally agreed to sell me the rights to his Adèle. 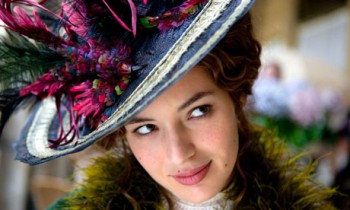 On adapting the comic book into film form:

I wrote a first draft of the adaptation, staying very faithful to the comic book, Tardi’s universe and the underlying characteristics of Adèle Blanc-Sec.
I gave my script to Tardi in a state of undisguised anxiety. It was nerve-wracking in the sense that he wrote the comic book and I had made his character my own by adapting it. But I struck lucky because he read the script and said, “It’s great!” He recognized his comic book and character, and at the same time discovered a film adaptation of them, not just the transposition of his story into moving pictures. That really won him over. The only change he asked for was to the name of one of the characters. 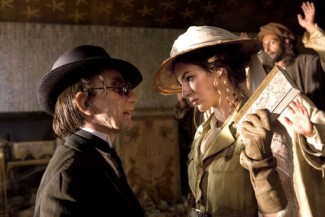 What was it like working with Louise Bourgoin who plays Adèle Blanc-Sec?

I’d been following Louise’s career for some time–from wacky weather girl on (cable channel) Canal+ to female lead opposite Fabrice Luchini in Anne Fontaine’s The Girl From Monaco. Her ability to play a range of totally different characters really appealed to me because it’s a very rare talent, which is particularly relevant to the role of Adèle, who adopts about fifteen different disguises in the movie. When I met Louise, we hit it off immediately and I was sure that I had my Adèle.

Louise is very open-minded, always on the ball and able to switch from hot to cold in the blink of an eye, just like Adèle, but less crazy. Louise is also very hardworking and extremely reliable. With Adèle, it’s more complex because she keeps going her own way and nothing can stop her! On set, the crew nicknamed Louise “the accountant” because she was constantly checking the continuity and shot list. She knew it all by heart. Working with her was a complete eye-opener!

Every film is a different experience, because of the story, characters, actors, people you meet and also, above all, because of when you make it. When you make your first movie, everything’s brand new. I was twenty when I made The Last Combat. Then time goes by… You’re not the same person at 25-30, not the same at 40, not the same at 50…
There’s a sort of complex alchemy between your own spiritual and intellectual development and your practical experience. The big issue, when I start shooting a movie, is knowing how I can use that experience and still have the new and fresh take on things that is vital to making a good movie. 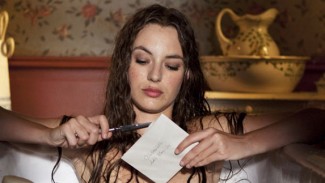 On Adèle, we did a lot of groundwork in pre-production and I really focused on that phase. It was also the first time I wasn’t also producing. Having a producer, Virginie Besson-Silla, my wife, was a very enjoyable experience to the extent that I was able to devote all my energy to directing. I was very demanding, the whole time, and I gave it all I had. I really wanted this movie to look as good as possible and for the editing process to be nothing but pleasure, sheer pleasure.

THE EXTRAORDINARY ADVENTURES OF ADELE BLANC-SEC is available now on DVD and Blu-Ray! 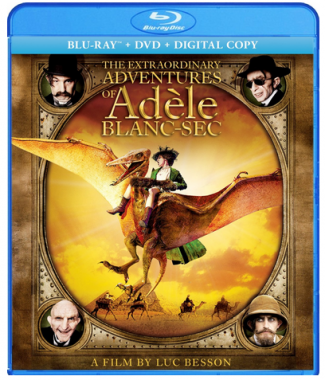