When I first heard that song, I freely admit I couldn’t get it out of my head. Seriously, it was stuck there for days, now if I need a pick me up, I give it a spin. It’s so much fun!

Lucy Hale is a big star of the TV show “Pretty Little Liars” but I’ve never seen the show. I’m a fan of her music. She already has two singles out from her debut album “Road Between”. When I heard she was doing a meet & greet I wanted to meet the rising country star and actress.

This was Hollister’s first ever event held at Westfield Century City Mall. Lucy Hale took the time to meet hundreds of fans to promote her line of clothing and it was held from 11:00 am to 1:00 pm. First come, first served. It was a FREE event. Very rarely you would hear about a free meet & greet. 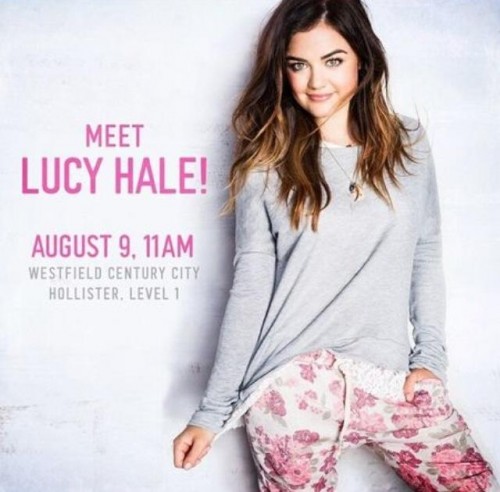 I brought along my friend who is a big fan of “Pretty Little liars” and we got there around 8:00 am and surprisingly there were only 5 people there. I thought there would be some hardcore “Haler” fans camping out.

Moments later, these Halers came in hordes and the crowd grew to about 200 people upstairs and downstairs about an hour or so. 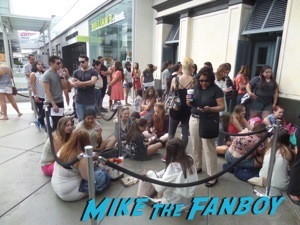  
Right before the event gets started, Lucy Hale comes out to a roar of teenage girls cheering and she says hi to everyone and thanks everybody for coming to see her. 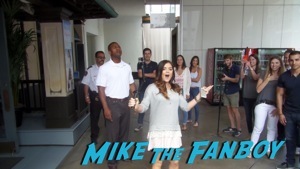  
I was about the 6th person to go inside to meet her and I see her taking photo ops with fans. 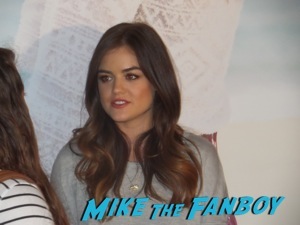 She shakes my hand I was amazed by how she remembered me and she don’t recall where. I told her I went to her other meet & greet at Sherman Oaks and she was like “Oh, now I remember you! :-)” She was so sweet.. just really adorable. She remembers her fans. 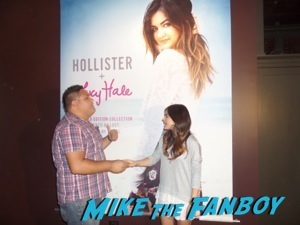  
Then me and her get ready for our photo op. 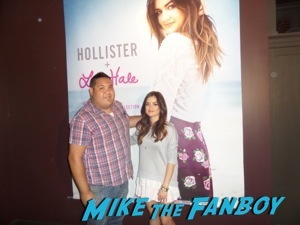  
Then, I got my photo op with her and then went on my way. 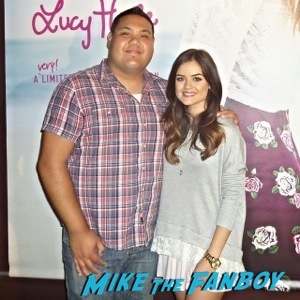 Most of the fans didn’t take anything with them for her to sign. I am not sure if it was allowed since this was a free event.

After I browse the store a bit, I went around the store hoping to catch her on the way out because my friend wanted an autograph.

She signed a few things for some fans also waiting for her. 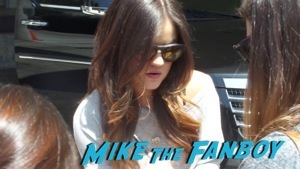 I had to take a selfie with her before I left 🙂 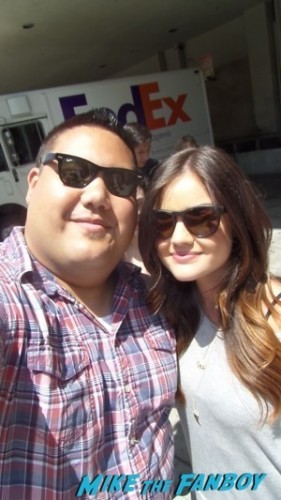 It was a great day and a redemption from her last meet & greet debacle at Macy’s. It was so bad that I forgot to write about it. Security pat downs, everything out your pocket, no cell phones, no cameras, no wallet, security judging people that look too old in the crowd (seriously) and all you got was a pre signed Lucy Hale autograph on a catalog and you go up to her and say hi and she personalizes your name on it. Just… Ugh. Billy Beer was there with me and if you happen to catch either one of us, we’ll tell you the rest of the story.

But thank goodness for this awesome day! Everything went smoothly and according to plan.