You need to really read that like a wrestling announcer would say it. Okay… Let’s do it again…

For this weeks roundup the Koolness that is Karalee talks some Rachel McAdams, Brit Brit, J-Lo and other assorted Pop Culture Kray-Kray!

I promise… I will never type Kray-Kray again! LOL…

Check out this weeks countdown after the jump!
M-

Happy Friday, everyone and welcome back to the Pop Culture Countdown! Spring officially sprung this week and that means the celeb-o-sphere is more wackadoo than ever. March madness, indeed. This week’s rundown covers everything from the courtroom to the coop (as in one Mr. Bradley Cooper). Let’s get started! 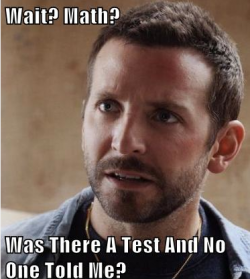 Ever since “Silver Linings Playbook,” fans have been wondering if the film’s stars, Bradley Cooper and Jennifer Lawrence, would ever link up in real life. Bradley, 38, shot down that possibility, saying he was old enough to be the 22-year-old’s father. Ummm, so does that make him “Gramps” to rumored new girlfriend, 20-year-old model (shock!) Suki Waterhouse? They were spotted together this week for the second time. Leaving a Gymboree. Kidding, kidding. They were having a play date with Katie and Suri. Jokes, jokes. Just gonna point out that she barely had a driver’s license when the first “Hangover” came out. That proves nothing. Other than 18 years is a big age difference and I can do math. 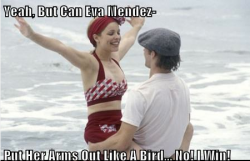 Not sure if I’m in the minority here, but there are some celebrity ex-lovebirds I wish would somehow find a way to reconnect and make it work (and no, I’m not talking about John Mayer and Katy Perry…snooze). I’m talking Usher and Chili…Justin and Britney (Yes, I said it. Sue me!)…and, deep sigh, Ryan Gosling and Rachel McAdams. Now, the latter recently split with her longtime love, Michael Sheen, and reportedly she has reached out to former “Hey Girl” flame Gosling — much to the ire and fire of his current hottie, Eva Mendes. Relax, Eva. I’m sure the tabloids have it all wrong here. It’s not like they ever get their stories right. Except for the one about John Edwards, Rielle Hunter and their love child. And Tiger Woods’ affair with Rachel Uchitel. And,…well, Eva…if you see Ry-Guy writing a lot of letters and all of the sudden taking up carpentry on an old white home with blue shutters, then you might hit the panic button. Till then, we’re sure everything’s fine. (Go Team McSling! OK, I’ll work on that.) 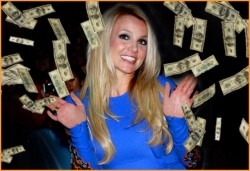 Britney Spears was spotted giving money to a homeless man in L.A. this week. Leaving a Hollywood-area store, the man pleaded for help, prompting the pop princess to head over to an ATM and withdraw $100 for him. When she gave it to him, the man hugged her, causing Brit Brit to shriek with surprise. The store’s security guard came over, asking if there was trouble. But Britney vouched for K. Fed. and everyone went about their merry way.

Stop me if you’ve heard this one before… 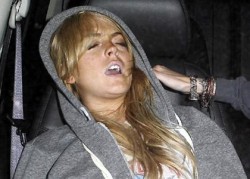 Lindsay Lohan was in court this week. She was sentenced to 90 days in rehab. Hours later, she was spotted outside a Hollywood nightclub. Lilo, ever the stealth Jedi, camouflaged herself — under a blanket. I’ll let that sit with you for a moment…(cue “Jeopardy” theme music)…OK, shall we move on? Due to the crush of waiting photogs, she opted to bypass the club. Who says this girl hasn’t learned the art of restraint?

Was anyone clamoring for this? 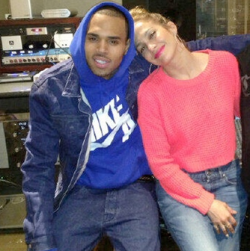 There are some things that just don’t go together, like plastic forks and pork chops or Dennis Rodman and North Korea…or Chris Brown and ANYBODY. So what on earth is Jennifer Lopez doing tweeting a pic of her with Hitmaker Brown with the hashtag “makinghistory?” Not even sure where to begin. I’ll just say, subtle La Lopez. “Making history” — really? I see your 40s have brought out your modest side. And if that beat boy is the one you want to make history with, well,…ready your acceptance speech for Mom of the Year. #callCPS

That’s all for now, friends…catch ya on the flip side!