CB kept going on and on and on and on about how nice the cast of Sons of Anarchy and in particular Charlie Hunnam is. So… I had to head down to the set and check it out for myself. This was a last minute thing honestly, I didn’t expect to be going but I figure it was worth a shot.

My awesome friend Annette is a huge fan of Sons of Anarchy and was heading down to the set with CB. They both convinced me to head down there once we realized who was on set.

9:01 p.m. – I just arrived. Thankfully, I got here in time. Annette just called me and it’s honestly not far from my house. The show films at many different locations around the valley so you just never know where they are going to pop up.

9:23 p.m. – There are about 9 or so people here. I have a promo mini posters for Sons of Anarchy I got at comic con years ago and seasons one and two on blu ray for Charlie to sign if possible. 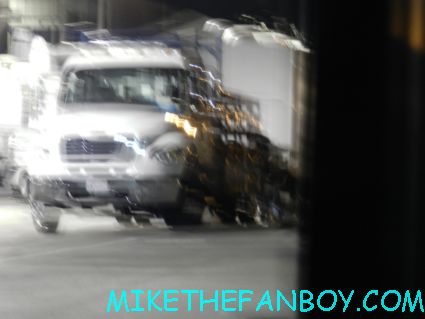 10:09 p.m. – There are a bunch of trucks, and some star wagons here, but honestly it’s not a huge set up. Still when I went for Weeds a few weeks back it was a huge setup and only Kevin Nealon was on set. 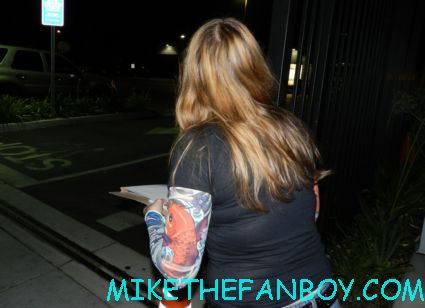 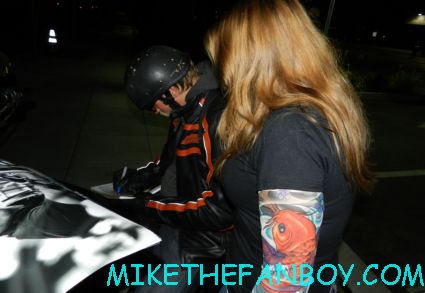 He signs Annette’s photo and is happy to personalize it as well. He then signs a few things and signs my mini poster. 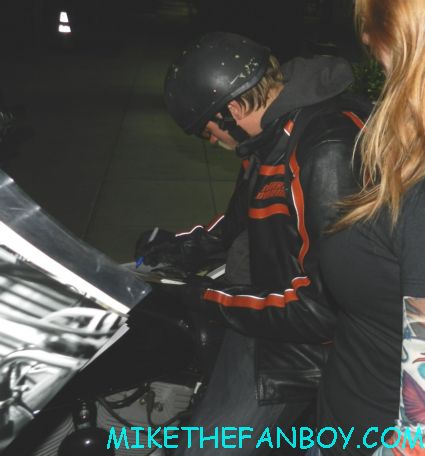 Charlie then asks me if he can use the board to sign a few other things and I’m like, sure dude. Charlie then blows on my poster to make sure he doesn’t smear the signature. OMG Charlie Hunnam just blew my poster! LOL… 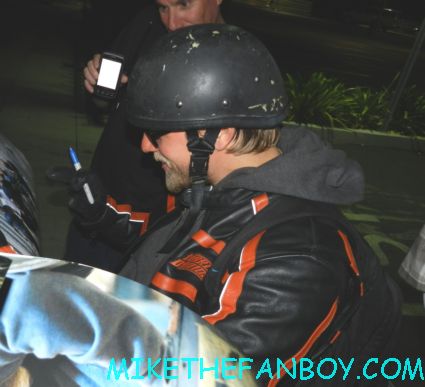 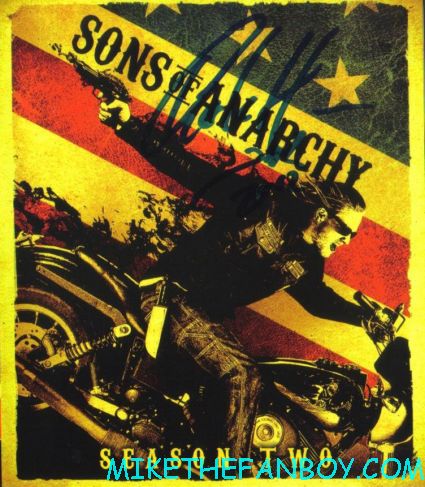 and also my season 1 blu ray cover of Sons of Anarchy as well. 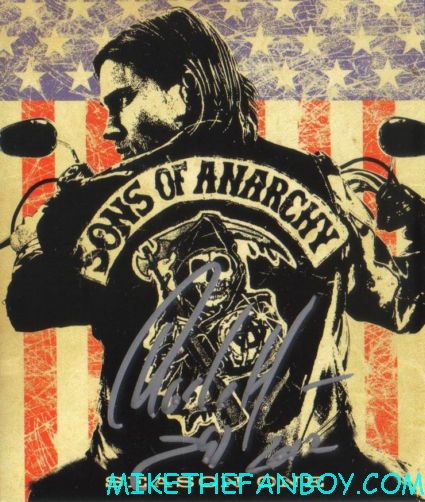 He is literally signing up a storm. Charlie has a wicked sense of humor though. 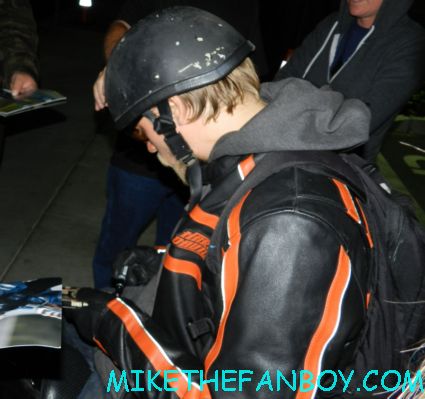 He yelled at one guy who kept having him sign some stuff and then was like, “I’m just messing with you dude!” lol… Charlie then signed my season 2 blu ray dvd sleeve as well. Damn, so frakkin nice…

11:08 p.m. – Then Annette asked for a photo and Charlie said, “Yeah, let’s do some photos!” He then took photos with everyone! 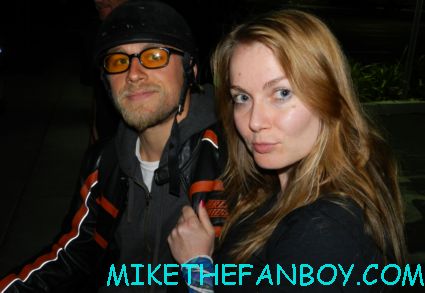 Annette got two photos and I got one as well. 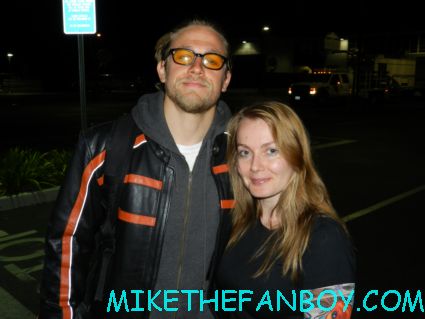 Mine’s not the best, but Charlie got off his bike to pose with people as well. 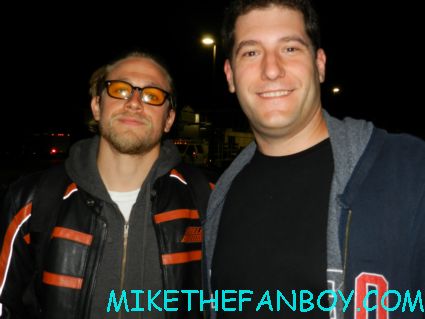 I mean that’s how nice the guy is! 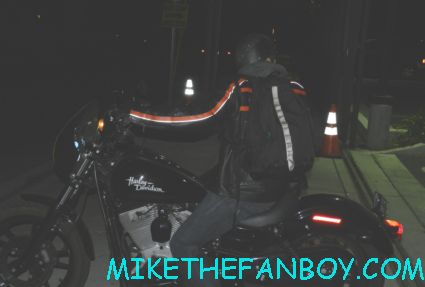 I’m thinking about putting the Blu Ray sleeve up for a contest! Let me know if you guys would be interested! 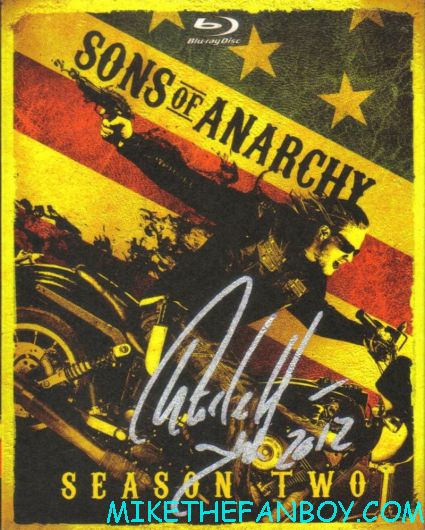 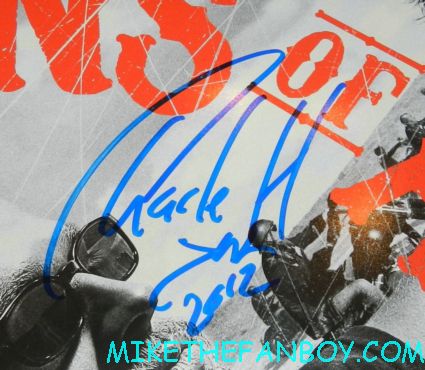 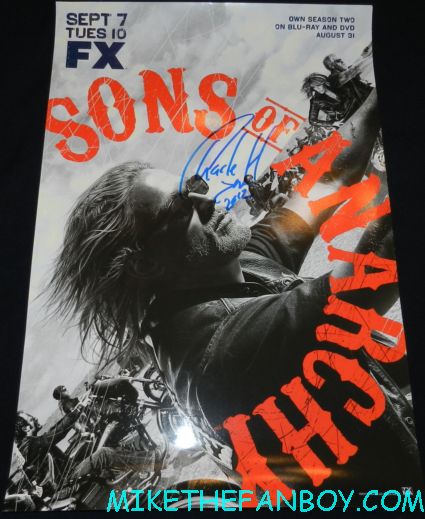