Manchester by the Sea, which earned star Casey Affleck a Golden Globe award last night, is a riveting emotional film. It’s capped by an amazing performance by Casey Affleck and is something that everyone should see.

I went to a q and a with Manchester by the sea director Kenneth Lonergan. Scotty and my friend Ilenia came with me.

It was a really interesting q and a, and both the star and director are clearly passionate about this project. 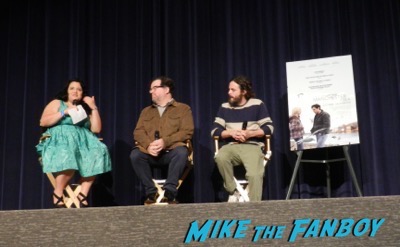 “Originally I wrote the project for Matt Damon and John Krasinski. For a while I thought Matt was going to be in and then Casey came on board.” said Kenneth Lonergan.

“I thought the script was really funny and emotional. It was unique and the language reminded me of Kenny.” mentioned Casey Affleck, “It was totally captivating and made me cry the first time I read it. Overtime I went back to the script, it never wore off. If I was thinking of how I should play the scene. I could just go back to the script, it was equally effective the first time I read it.” 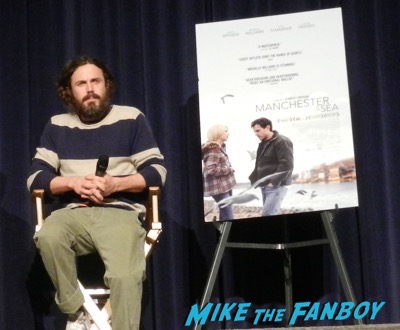 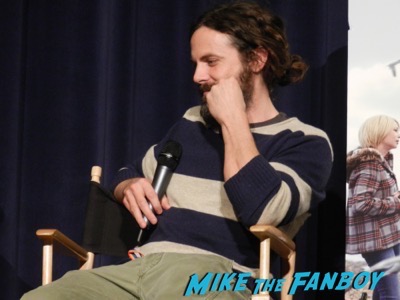 Talk turned to the gravitas nature of the film.

“I was scared of doing some of the scenes, I was scared of being on par with Kenny, and then he cast Michelle Williams and I knew he had great taste and was so good as a director. He has high standards and if you do something false he would know it.” Said Casey Affleck,  “It’s an emotional movie and you have to feel those emotions. It was intimidating on so many levels.” 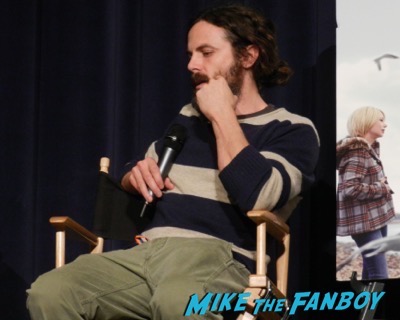 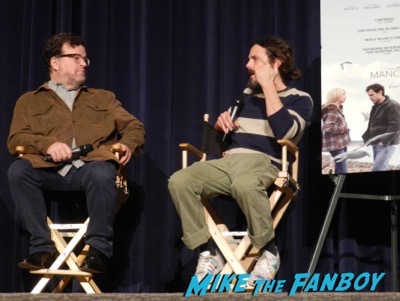 “I knew Casey could do it. Casey is one of my favorite actors, for years and years. He did a couple plays and he’s one of most serious and hardest working actors around.” added Kenneth Lonergan.

“I would say the most intimidating thing was the fire scene and watching the house burn down and confessing to the police. I didn’t have anything in my life I could use, I just thought… Kenny is very specific in the writing and if you follow that, things work out really well. Partly, doing little things like holding onto the groceries is the key to making the scene work.” Casey Affleck said, “He was like frozen to the groceries in that way, his life was obliterated in a way.” 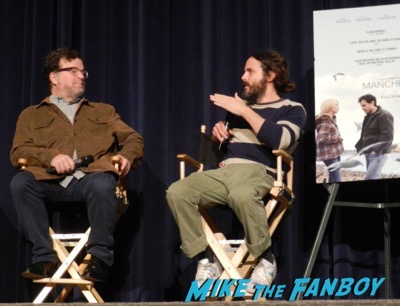 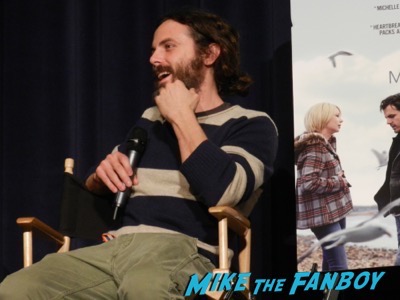 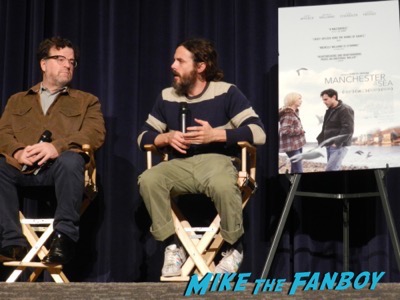 After the screening both Kenneth Lonergan and Casey Affleck hung out with the crowd for a long long time.

Ilenia was abel to get a photo with Casey and got my 200 Cigarettes mini poster signed. 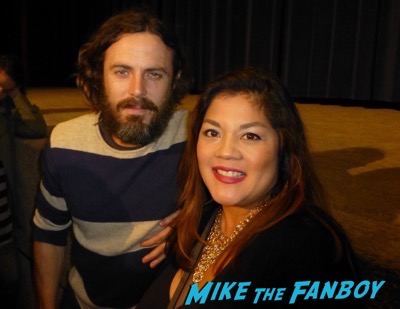 I was also able to get a photo and I got my Manchester by the Sea mini poster signed by both Casey Affleck and Kenneth Longergan. 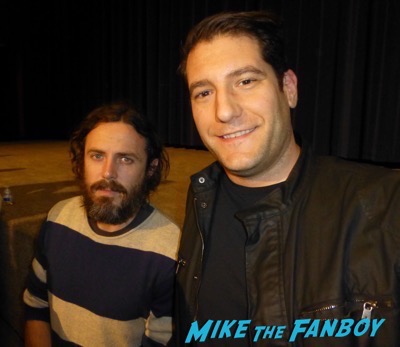 It was a really great night and it was awesome that Casey was so kind. 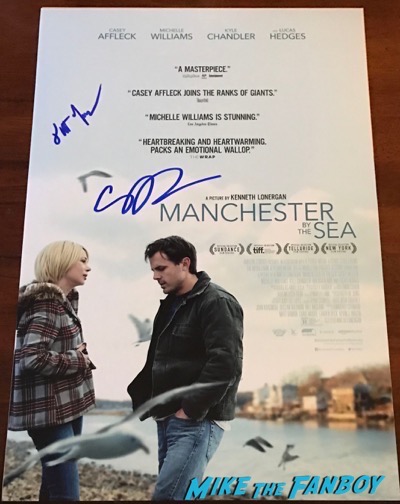 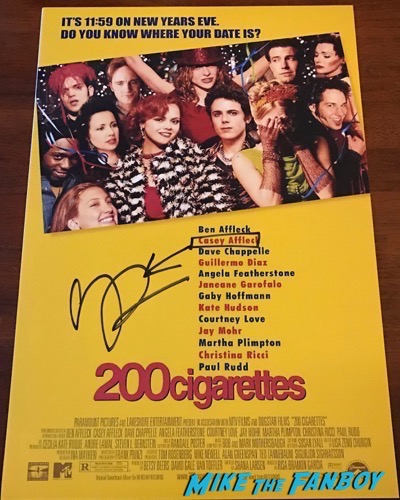