Okay, I have to tell you, one of the things I was really excited about this weekend was heading down to the Hollywood Show to meet the cast of Teen Witch! Sadly, Robyn Lively had to cancel but Pinky was able to meet Dan Gauthier who played the high school jock that she falls in love with!

How can you not love Teen Witch? It’s a 1980’s classic! Dan of course has been in a lot of other films and television shows as well, but Teen Witch has a special place in my heart!

Pinky was able to meet Dan this weekend and he was super nice! Pinky was hanging with Billy, Scotty and Keith and they snapped this quick pic! 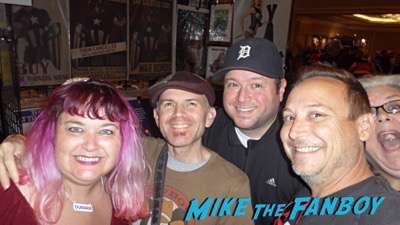 Hello, my lovelies. Pinky Lovejoy-Coogan here recovering from a bit of a cold (booo!!!!). Still, even a little cold couldn’t keep me away from the Hollywood Show this weekend where none other than Dan Gauthier was making his very first convention show appearance (much like Keith Coogan was when we first met).

It’s funny – when I first saw Dan listed on the website for the show, I was super excited because I remembered him being on both Beverly Hills 90201 AND Melrose Place. But it wasn’t until I was at his table that I remembered what I totally know him from – Son In Law!!! Duh!

Dan played the back home boyfriend of the main girl – you know, the one who tried to frame Pauly Shore in the movie. I LOVED that movie – it’s one of my fave Pauly Shore films – and I must have watched it a million times.

Dan is so good in the film that you love to hate him. Brilliant! In person, Dan was really, really nice and we bonded over having friends in common.

I’m glad he still came to the show after Robyn Lively, unfortunately, had to cancel due to work (they were both in Teen Witch together);

but, hopefully, they’ll be able to reschedule a time when they can both do an appearance together. Great meeting Dan! Very cool guy. 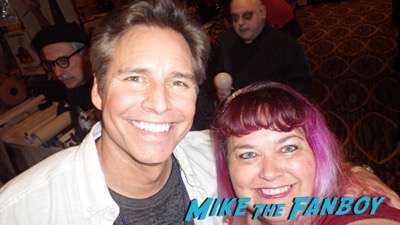 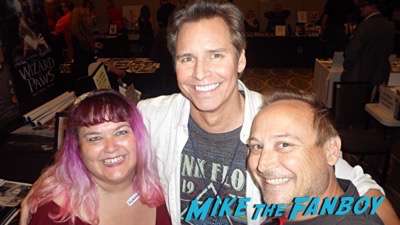