What do I love about Mondays? Not much I’m afraid, except for one glaring thing… MANIC MONDAYS! You see, that’s when I get to read Pinky’s new recap! And it’s glorious!

Hello, my lovelies. Pinky Lovejoy here recovering from a weekend spent at the first ever Ventura Comic Con where Keith had a chance to meet some of his fans. As much as he loves meeting his fans, I think our favorite part of these types of conventions is getting to meet the fellow guests. The one we were both super excited about? None other than Vernon G. Wells (the actor, not the baseball player).

I know what you’re thinking – um, exactly who is that? It’s OK, we did the same thing until we saw his picture. And then we were like, OMG! 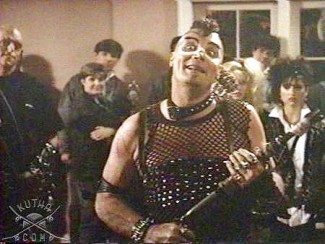 Of course, the movie I know him best from is Weird Science where he played the mohawked, motorcycle driving bad guy at the end who busts up Gary and Wyatt’s party and teaches them about being brave. 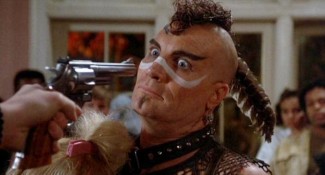 But he’s probably best known for his roles in Mad Max, Commando, Innerspace, or even The Road Warrior. In other words, he’s the quintessential ’80s actor! 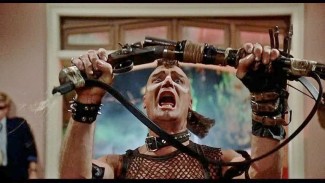 Not only did we get to meet Vernon at the show, but we were lucky enough to get to have a few long conversations with him over the course of the weekend. 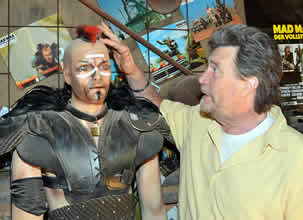 Vernon is an amazing storyteller and cracked us up with his tale about telling a patron (in jest) that autographs cost $150. It wasn’t until the fan pulled out $150 that Vernon said, “I was just kidding! Autographs are only $20.”

At another convention, he jokingly put a price breakdown on his table that included “Talking – $1.” Again, that was a joke, but, to his surprise, people walked up to his table, read the sign, pulled out a dollar, and then proceeded to talk (um, why didn’t we think of that?). Too funny!

For playing such badass villain roles, Vernon was a total teddy bear sweetheart. We loved him. We could have talked to him all day long. Best part of the weekend for sure! 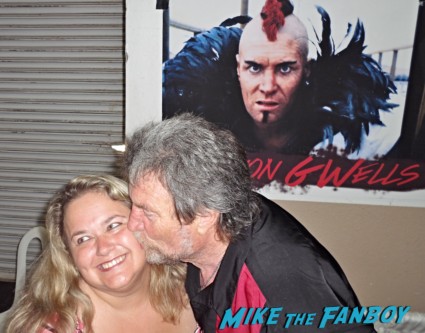 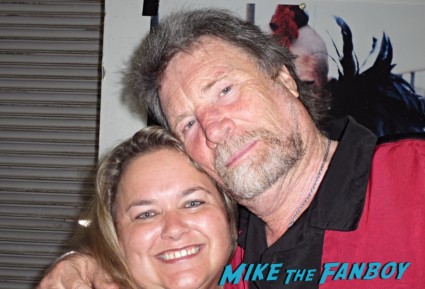 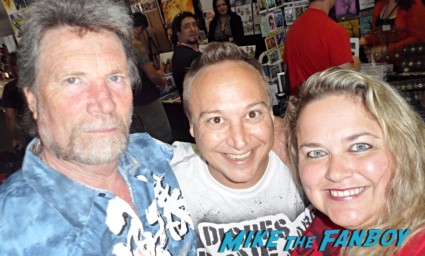 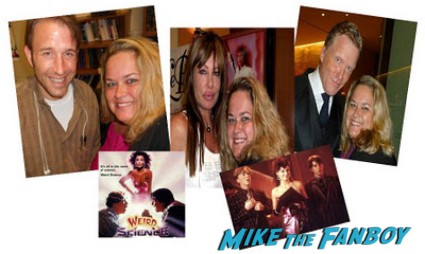